More insight on what to expect
17 September, 2020 by rawmeatcowboy | Comments: 0 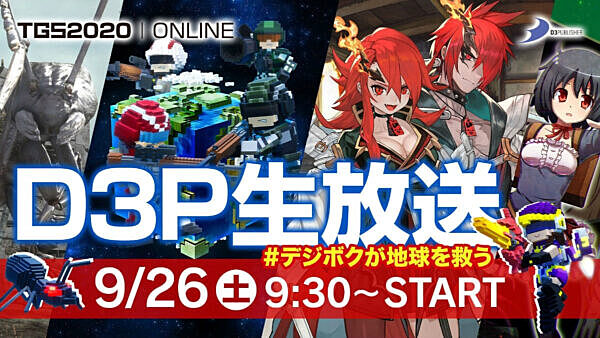 We've already shared a fair amount of details on D3 Publisher's plans for TGS 2020 Online, but today some more specific details have come out. Check out the rundown below, which includes the mention of an unannounced title.

D3 Publisher will host a live stream on September 26 at 9:30 JST as part of Tokyo Game Show 2020 Online. It will be called the “D3P Broadcast #SaveTheSquareEarth” live stream. The latest games from D3 Publisher will be introduced, including the long-anticipated latest entry in the Earth Defense Force series, Earth Defense Force: World Brothers, and the new and popular Maglam Lord. There will be a ton of information shared for the first time, including a certain title that everyone is curious about. Please look forward to it!

The schedule includes a variety of programs unique to the online format hosted all throughout the day, including special talk shows featuring wonderful guests and game tournaments with viewer participation.