This rumor is my least favorite on the Citadel
22 September, 2020 by rawmeatcowboy | Comments: 6 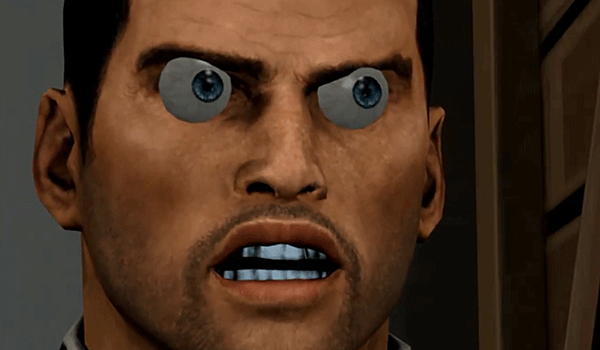 For months now, we've been hearing rumors about a Mass Effect Trilogy in the works. EA is yet to confirm that release, but we're hearing that a reveal is coming very soon. Unfortunately, the other half of the rumor that says the package is coming to Switch may not be correct.

According to industry inside Jeff Grubb, the Mass Effect Trilogy is real, but it's not coming to Switch. At least not in 2020, that is.

“EA has multiple games coming to Nintendo Switch and Mass Effect is definitely not one of them. Not yet, anyhow. If that happens, it won’t happen in that one-year window that they talked about in their last shareholder meeting.”

In other words, there's still a chance the collection could come to Switch, but it's not going to happen this year. That's something we've seen with countless other multiplatform games, so it wouldn't be a surprise. Switch owners are used to waiting a few extra months to get their version of a game. Let's hope that's the case with the Mass Effect Trilogy, rather than the package not coming to Switch at all.

Honestly, I hope the trilogy doesn't happen. I mean...this is EA and we know how they love microtransactions. Its just gonna be like

"Wanna play the next game, get some stuff from the first game. What's that, you really want to play the next one? Ok then, give us 100$".

And nothing of value was lost

It'll be funny if EA demanded to use Frostbite for the rumored Mass Effect Trilogy.

EA: We wanted have them all running on the same engine as Andromeda.

2021 is just around the corner.
Maybe the release rumor is valid starting on Jan. 1st

Good. Means there is hope that the remasters wont be bare minimum ports. thats the one reason why I dont want them on switch because that likely means they didnt do much to upgrade the games if it saw a switch port.

Ya know I’m kinda feeling the same. One one hand I’d love to replay the trilogy on Switch handheld but on the other hand I’d also like to replay them in 4K on PC.