RUMOR: Is SEGA teasing a reveal for Sonic Adventure 3? (UPDATE) 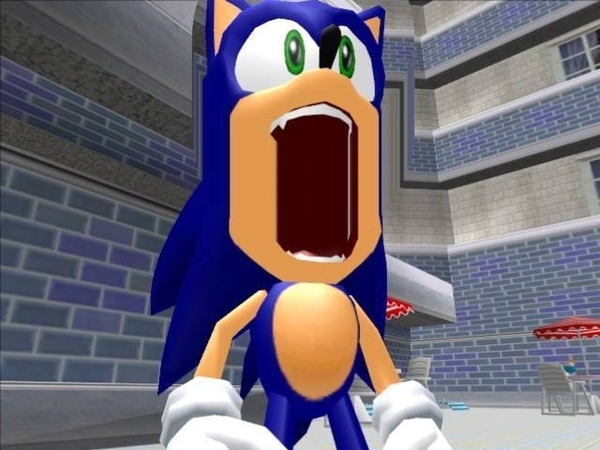 SEGA loves to tease Sonic fans when it comes to the reveal of new games, and it certainly seems like they're up to their old tricks once again.

SEGA recently shared the above image on Twitter, and it doesn't seem like much of anything at first. Just a joke about the Fibonacci sequence at first glance, but a second look reveals something more. 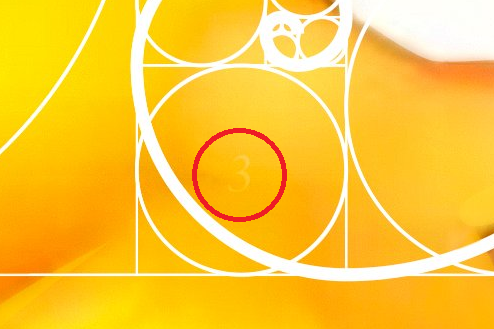 If you look closely at Sonic's cheek, you can see a very faint '3' hiding in the image. SEGA has hidden stuff in Sonic imagery before, so this is very much in their wheelhouse. It's also worth noting that the Sonic image itself comes from Sonic Adventure.

Following that, Mike Pollock, the voice actor for Eggman, replied to the tweet with his own reference to the number 3. This could either be Pollock picking up on the fan chatter and just joining for fun, or he could be deliberately getting in on the tease as well.

I think it's quite obvious SEGA is teasing something for Sonic, and with the character's 30th anniversary coming in 2021, it seems like the perfect time to go all-out on a Sonic Adventure 3. Sonic fans have been waiting patiently since April to see what SEGA is working on for the Blue Blur. If that wait leads to Sonic Adventure 3, I have a feeling most fans will feel their patience paid off! 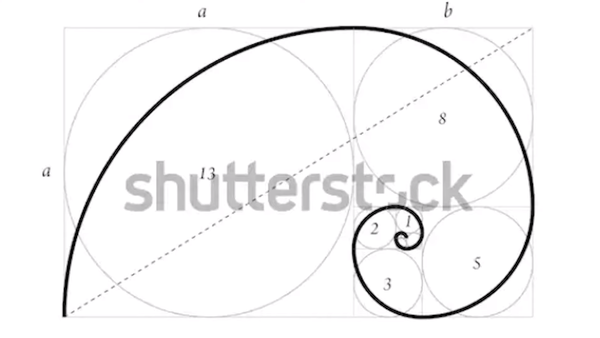 UPDATE - Some new evidence has surfaced, and it could either point to this being a mistake, or even more legitimate. As you can see in the image above, the Fibonacci sequence image that SEGA used can be found on Shutterstock. This is indeed the same image, but as you might notice, there are numbers and letters throughout. The number 3 appears in exactly the same spot it does in the Sonic image. The question is, did SEGA remove all the other letters/numbers and somehow accidentally leave the 3 behind, or did they purposefully remove all the numbers/letters EXCEPT 3?

Thanks to MegaJacobF for the heads up!
Submitted by: megajacobf
Source: Link
Rating: 0

All I would want out of this game is a Chao garden.

I just hope Sonic Adventure 3 is good and comes to a Nintendo platform.

The Sonic social media pages are notorious for shitposting, which includes frequently "teasing" a non-existent Sonic Adventure 3 only to end up being a set up for yet another joke,as they know people obsessively dissect everything they post, so I can't imagine why this one would be any more than that.

I've lost interest on SA3. Even if SEGA reveals it, they most likely will screw it up like how they did for Shenmue 3.

Sega has nothing to do with Shenmue 3, they weren't even the publisher.

Sega didn’t really have anything to do with Shenmue 3 though. They just lent the license. I guess them not giving it their full backing and not giving it a sizeable budget made it a worse game than it could’ve been but beyond that I don’t think they can be blamed much for what that game is, love it or hate it.

But yeah, I have very little excitement for a potential SA3 given how 3D Sonics haven’t been worth getting excited about for years. It’s not like the Sonic Adventure games are incredible anyway, definitely loved them at the time (though even back then they had their issues) but they don’t hold up particularly well nowadays. I’d rather see a 3D game handled by a team that can do it justice and give them the time to do it properly. Let Sonic Team do something they can be passionate about.

And if you know your Fibonacci sequence, then you know that the 3 is inside the 13-circle. Maybe it isn't their lucky number after all.

I'd prefer a remastered Sonic Colors honestly. Sonic is cursed.

I'd prefer a remastered or deluxe version of Sonic Generations honestly. Add in a stage each from the Sonic games that released afterwards. Boom call it a day.

All I would want out of this game is a Chao garden.

I wouldnt be surprised. We have been waiting on the official reveal of the next big project for a long time now so its definitely going to be something thats a huge deal.

But half of Unleashed, Colors, and Forces all played the same way?

I can't speak for Unleashed or Colors because I haven't played them. Forces sucks though. It's super short and has awful level design.

You aren't wrong about Forces, but that doesnt mean it didn't follow the exact style of Generations with a 3rd character thrown in.

It badly follows part of it. The 2D parts of Forces are SO bad and forced that I had blocked the trauma until now.
It's like saying that a Porsche and a Fiat 147 use the same model as they are both designed under the same principals and for the same base purpose. Picture below in case you don't know what a Fiat 147 is:
https://revistacarro.com.br/wp-content/uploads/2018/09/Fiat-147-1.jpg

Its ok to be wrong. Shifting the goalposts constantly so you are right makes for a tiring conversation.

If you think that's what I am doing, feel free to move on

I honestly hope this was an accident and someone somehow forgot the number that happened to be 3 just to see what happens...

This kinda reminds me why I'm not crazy about Sonic social media meme-ing it up so much (with all due respect to the guys who manage the accounts).

The cryptic-ness, when it's clear they're trying to be, can be fun... but it stops being fun when you're trying to figure out if they're just trying to be funny, or if there's something to actually get excited for.

Not to be a Negative Nick, but the humor is easier to digest when there's proper content to consume. And this goes for any brand's social media.

The Sonic pages are very clear when they are teasing a game, though, as they are generally very short clips, followed by a longer teaser video. Colors, Generations, and Team Sonic Racing all were handled this way, and Forces skipped straight to the longer teaser. The rest is painfully obvious that they are having fun engaging with fans and keeping the brand in people's minds. It was unheard of for legitimate business/brand accounts to make themselves out to be the butt of jokes as dumb memes, and the Sonic pages took a huge risk to change the perception of their failing brand by doing so, so I will always welcome their silliness as a testament to that risk that paid off.