Things could have been very different
by rawmeatcowboy
16 October 2020
GoNintendoGN Version 5.0 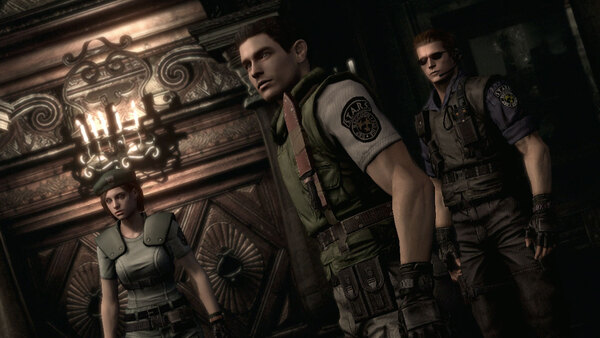 Shinji Mikami is the father of Resident Evil, one of the most iconic game franchises out there. It all started with fixed cameras and "tank" controls, and while that might seem a bit restrictive today, it made for an unbelievably compelling experience back in the day. If Mikami had his way though, the game would have looked very different.

According to a new documentary featuring Shinji Mikami, the original Resident Evil was going to use a first-person perspective. The only reason this didn't happen is because Capcom was new to working with 3D visuals, and didn't have the technical know-how to get it done. Rather than pushing ahead with the risky endeavor, Mikami decided on the approach we see in the final game. Not surprisingly, this style was inspired by the horror series Alone in the Dark.

Mikami thought for sure that the first-person perspective would make the game infinitely scarier, but apparently fans felt differently.

"In the end, many players told me that they thought that view is what made the game scarier. I was really embarrassed. I am still told to this day, 'It was so good.' To which I say that it was just a workaround. A proof for that in Resident Evil 4, the camera is over the shoulder, showing that you can enjoy horror with it being like it's radio controlled. It was also more immersive and playable. I wanted to take my revenge when I made Resident Evil 4."