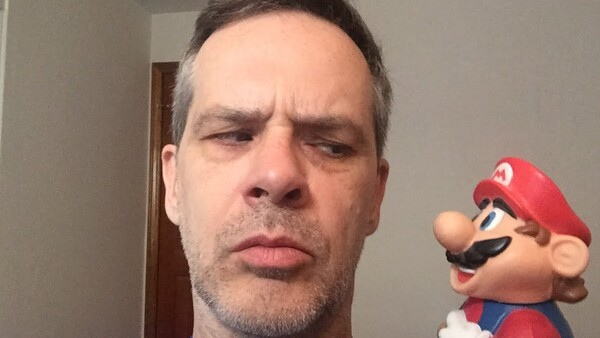 Grant Kirkhope has composed for some of the most beloved franchises out there, including Donkey Kong, Mario, and many others. What does Kirkhope want to tackle next? If he has his way, he'll be a part of the upcoming animated Mario movie.

Grant was just a special guest on the Kiwi Talks podcast, which is where he talked quite a bit about his desire to be involved with the Mario movie. This isn't the first time he's shared this sentiment either. You can see his plea to work on the film below.

"I know Mario and I know working with Nintendo, I know what they're like about protecting their music, and they're very....they want you to respect the character and I've got that, I know how to respect Mario and I really think I could do a good job with the Mario movie.

So I'm trying to get myself in the frame for that, I have a few little connections that are probably going to go nowhere, but I'm actively trying to do something about that...but I doubt very strongly I'd get anywhere near it.

Nintendo know me well, so like you know...Nintendo are going to be super protective about that IP because that's their biggest IP they have. They know how respecful I am of their properties, they've worked with me before, they know that I'm completely easy to work with, I'll do whatever they want, so you know I feel like...I just feel like you know, I could do a good job. I would pour my entire life and soul into that project for as long as it takes to make it brilliant."

This would be great.... I doubt it'll happen. Having Kirkhope would appease western audiences and would have plenty of legacy to it. It'd be nice if his work on Mario + Rabbids Kingdom was, in some way, enough of a qualifier what with it being 'very Mario' and yet also third party. However, Koji Kondo is far more likely. With exception to Illumination, I think this will be a very in house project.