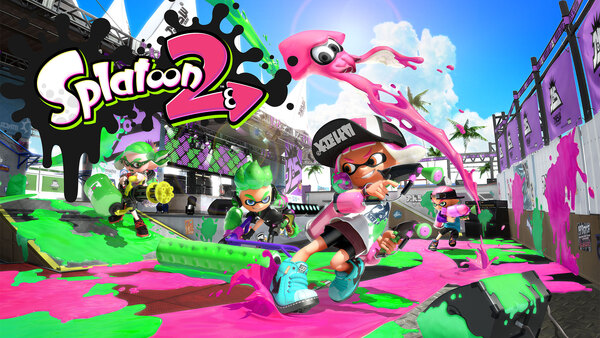 Nintendo has released the Version 5.3.1 update for Splatoon 2 on Nintendo Switch. Featuring changes to Ranked Battles and Splatfests, you can check out the full patch notes below!

Changes to Ranked Battles
- Adjusted settings for X Rank battles so that during times when there are many players online, players with high X Power will be more likely to match with each other.
- Further changes may be made depending on how the situation develops.
- Made it so that for X Rank battles, other players’ names are not displayed on the screen while waiting for players to join.
- Made it so that for X Rank battles, you may battle with someone even if they’re blocked via console settings if that player’s estimated rank is within the top 2,000.

In X Rank Battles and Pro-mode Splatfest Battles, X Power and Splatfest Power serve an important role in determining who you match with and your order in the ranking. To calculate those values correctly, it’s important that opponents are chosen without any deviation, and therefore we utilize a system that detects improper Power manipulation based on match data. Suspect data is manually scrutinized, and if it is determined that improper behavior is conclusively evident, that month’s records will be invalidated, and a penalty will be applied in accordance with the Nintendo Account User Agreement. Additionally, these systems are updated daily. We are addressing this type of improper behavior, but incidents of users improperly manipulating Power by intentionally limiting their opponents are extremely few when compared to the whole, though they are occasionally detected. Therefore, in order to allow users to play Ranked Battles and Pro-mode Splatfests without worrying about this behavior, we believe it’s important to not only refine the systems to detect improper behavior but also to make it difficult to carry out this kind of behavior, and so we have prepared this update. Please note that we will continue to make adjustments to things such as weapons after long-term analysis of the data.