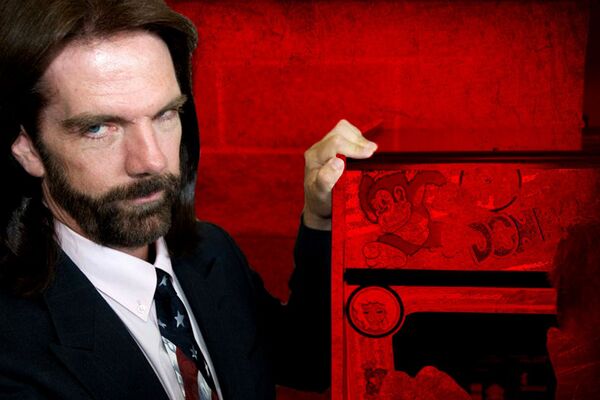 The legal battle between Billy Mitchell and Twin Galaxies continues as a new counterclaim has been filed. This counterclaim goes over Mitchell much harder than previous filings, but once again calls into question the legitimacy of his numerous high scores, including those from Donkey Kong.

While Twin Galaxies' original founder Walter Day is named in the counterclaim, the bulk of the filings are squarely aimed at Mitchell. Mitchell and his team are yet to respond to the filings, but a hearing is set to take place on Dec. 11th, 2020.

Thanks to OperationGamer17 for the heads up!
Submitted by: graystripe2000
Source: Link
Rating: 0

It feels to me like these guys really have a personal vendetta against Billy Mitchell, and while some of his scores can pretty fairly be contested, be they fake or legit, some of his very early scores really can't. His early scores were achieved at a time when no one knew about any of this stuff around hacking machines and emulators and the like; all they knew was to put a coin in a machine and play until you lost. And those very early scores set in the '80s and the like were, as far as I'm aware, achieved in front of actual live observers and played at actual physical arcade locations. These guys seems to aiming to take away every bit of acclaim and recognition the guy has ever had over the years and indeed has now, but some of it was clearly earned, and I grant him that at the very least no matter what they say or do, and regardless of what happened in more recent times.

That's not how any score keeping association works. If you're found to be cheating you are banned and all your scores and times are wiped. It's done that way everywhere as a deterrent. They actually gave Billy Mitchell a lot of openings to prove his innocence in the beginning, especially because Billy claimed to have copies of the tapes of his original runs. They gave him ages to submit them but they never materialized and they actually took a lot of flack for trying to give him the benefit of the doubt for as long as they did.

Still, no matter what they say or do, he achieved many things live at physical arcade locations and in front of many witnesses back in the day as far as I'm aware--I think some examples might have even been televised--and so, at least in my mind share if nowhere else, he always gets to keep the awards and accolades he earned in those circumstances, for all time.

Not that those accolades mean anything now outside Billy's sentimental values. Usually if somebody is cheating in a major organization and is found guilty, they get a lifetime ban, all accolades (legitimate and illegitimate) are wiped, victories become automatic losses via disqualification, and if any awards are given, they are to be returned or seized ASAP.

Now if Billy earned some victories and accolades outside Twin Galaxies, it will be up to those organizations to determine if Billy deserves additional punishments besides what the new Twin Galaxies levied, lawsuits aside. I will say though if Billy loses the civil lawsuits (namely his own and what the new Twin Galaxies is suing him for), he's pretty much going to be blacklisted and banned from most video game organizations by default going into the future. If by chance he has any trophies and so on, he might be at risk losing them to either pay the legal settlements or to stave off legal bankruptcy from paying the settlements.

The rules are strict in hopes of deterring future cheaters from trying to cheat in competitions.