"Experience the most exciting and immersive beat-em-up combat system ever."
by nintendojam
13 January 2021
GoNintendoGN Version 5.0 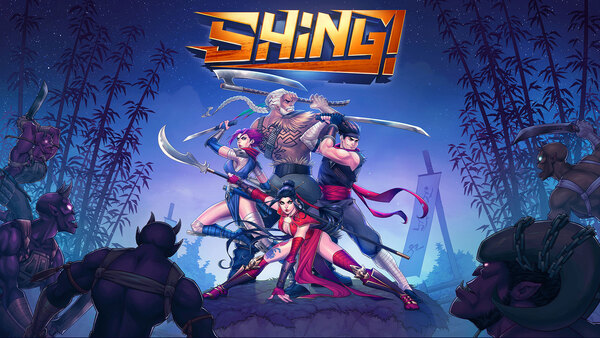 WARSAW, Poland — 13.01.2021 — Indie games studio Mass Creation has revealed that the side-scrolling arcade action game Shing! will launch on Jan. 21, 2021, for Nintendo Switch, and Xbox One, along with Japanese premiere at the same day.

Game will be available on both platforms in digital version for 19.99 EUR/USD and will contain all the adjustments already released (Secret boss, alternative control scheme and many more).

Switch version will have a special offer. From January 13th game will be available in pre-order with -25% discount. For all owners of Corridor Z on Nintendo Switch, there is a second promotion created by the studio. For 7 days from the game launch, all players, who owns Corridor Z will be able to buy Shing! with -10% discount.

Shing! delivers a classic beat'em up adventure true to what fans love about the genre while adding a few twists of its own. Pull off angled combos, counters, aerials, parries and more in fast-paced, freestyle combat with a unique control system built around the right analog stick. Your party of wisecracking ninja warriors each have their own strengths, and you can swap between them in an instant to chain attacks, revive allies, or strategically bank power-ups for upcoming bosses or challenge rooms.