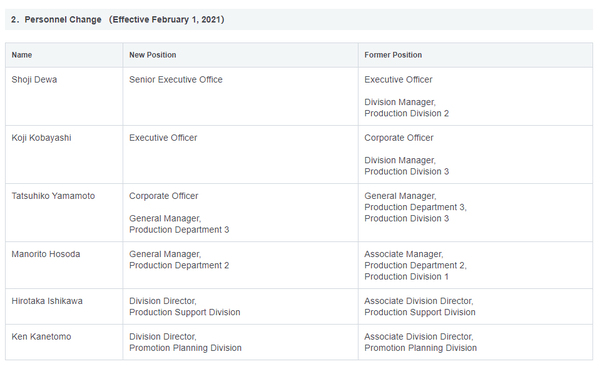 Konami, known for its beloved franchises such as Castlevania, Gradius, and Dance Dance Revolution, has released a document today revealing that they are changing some of the positions of their higher-up employees. In February 1st 2021, many employees will be given new positions due to the fact that Konami will be shutting down its Productions Revisions department. They claim that they are doing so "to respond to the rapid market that surrounds us."

In short, they are restructuring their company, and rather than having three separate production divisions, they now want to essentially merge everything into one division.