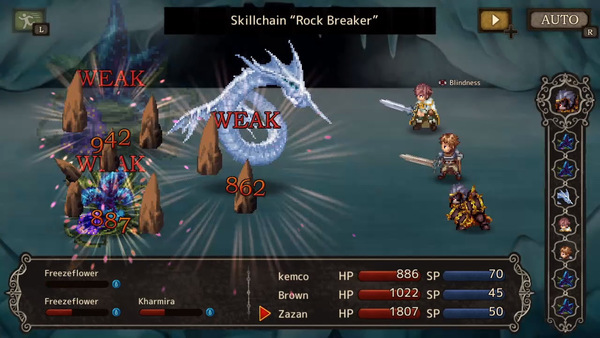 Kemco is running another sale on both the Switch and 3DS eShops. Check out the 9 discounted games below!

KEMCO proudly announces a special sale for 9 titles for Nintendo Switch™, and Nintendo 3DS family of systems on the North American, European and Australian Nintendo eShop. The games are made available up to 50% off for a limited time.

Lagoon- a world governed by the two great kingdoms of Archleign and Ghalzabine. Rejoicing in a newfound era of peace, the citizens of this world had lived in harmony with one another until a murder perpetrated by a clone rocks society to its very core. Knowing the incident is one that cannot be ignored, both kingdoms set up a joint-investigative team to find out the cause and bring those responsible to justice. However, when the clues begin to look like a trail of gunpowder headed straight for an explosive keg, things then appear to be far more volatile than anyone could have first imagined...

The world must forever make choices. The Arbiters' mission is to use the ancient magic known as “Judgment” to follow their own justice and guide the world to a better place. A newly-appointed Arbiter, is assigned to a desolate country where he will have to make various Judgments. However, not everyone will agree with his idea of justice.

Encounter more than 100 companions as Alan and Elmia travel the world. Do you have what it takes to recruit them all? Engage in heated turn-based battles with up to 13 party members. Unlock bonds connected to companions and utilize various effects! Weapon upgrades, a battle arena, and quests are only the beginning of what is in store!

After awaking in some unfamiliar woods, Alex, an ordinary high schooler living an ordinary life, learns he has somehow ended up in Fernland, a world where peace and order have been replaced by conflict and destruction. Fighting to defend himself from monsters, the ever-ominous threat of the Overlord, and one chaotic event after another as he tries to find his own place in this new world, Alex comes across a young woman by the name of Lita from a peaceful world like his own. Hitting it off, they soon become friends and set out together, but what hidden truth awaits them as their adventure begins to unfold...?

Shendoah―a world protected by Sephiroth. However, with the power of the world tree having begun to wane, countless people have been overcome by an encroaching murk that has transformed them into monsters. Now with the world on the verge of destruction, an unlikely band sets out an adventure with their convictions... Yet, what shocking truth awaits them at the end of their journey...?

Too many games in the dusty shelf waiting to be played? No problem, this pocket-sized RPG provides you an adequate experience! Here you go an adventure packed with emotion and accomplishment!
A hero will appear in a time where the foretold end of the world is approaching. It's Archlion King, yourself! Set out for a journey toward the far east for the final battle!

The dawn of a new hero! A tale spanning a thousand years now begins to unfold!
A thousand years ago, a great battle ensued between two dragons, one gold and the other silver, where they were sealed away. Many centuries later, the Silver Dragon reawakens, and launches an assault on a frontier village. Lucas, a royal knight serving as a guard, little does he know he is, in fact, a descendant of the hero who once sealed the Gold and Silver Dragons in human form. Nonetheless, when the tragedy strikes, he soon sets out on an adventure to save the world!

Harvey, an outlaw of little importance, gets himself trapped deep in his kingdom's dungeons. While imprisoned he befriends a mysterious woman who claims to be the princess of the lands. Together the two begin an escape that spans far beyond jail bars. As both friends and enemies begin to surface, Harvey realizes that the world of Asdivine is anything but at peace. Between threats of war and angry Deities, Harvey and friends begin a series of quests that will determine the very fate of Asdivine...