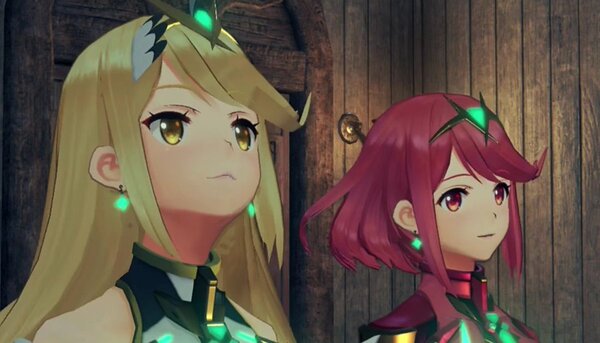 Smash Bros. Ultimate isn't just a fighting game for Nintendo. It's a great marketing tool for other franchises. Smash's roster helps spread the word on games players might not otherwise know about. We've seen it boost the sales of related games before, and it appears to be happening once again.

It's already sold over 2 million units though...

Sadly we'll likely not see the sales impact in full since it won't reach 1 million units and thus make it into the financial report.

But great news for the game and Monolith Soft :D

Can't wait to find out what they're working on

It's already sold over 2 million units though...

Yes, but games only make it to the financial report if they sell over 1 million in the quarter or year. It's been ages since we got sales updates for ARMS, 1-2 Switch, Mario Tennis Aces, etc. And they are all over 2 million in sales

That's interesting to know. So I guess like Snipperclips are unknown if they sold well or not.

I find it odd that corporates don't reveal sale numbers for their games in general.

Snipperclips case is even worse because most sales are digital, so even speculation sales sites cannot even begin to get close.

In terms of game sales, the best ones are Nintendo and Capcom. Both update every quarter and have quite precise numbers. Sony sucks at this in comparison. We sometimes get launch days to week numbers, and then if they see fit they update vaguely sometime later. And Microsoft is mostly a mystery at this point, but they do update GamePass numbers.

I do wish that companies did a better job at this. It would make answering questions like "why did this series die" a much easier and precise task.

I just looked at Play-Asia and the game in all regions got sold out...going as far as overpricing the game(its 80$ for the Japanese version).

Good news all around. You love to see it.

I wonder if Persona 5 sales increased on Switch after Joker the Joke was revealed to be in Super Smash Bros Ultimate. 😐

Well, I bought Persona5 on ps4 after Joker's reveal, and even got the Royal limited edition when it released as well... So maybe not on switch but I definitely bought the game xD

Just more success for a game that deserves some success.

I wouldn't be surprised if Pyra's entry into Smash caused some people to purchase XC2's soundtrack as well.