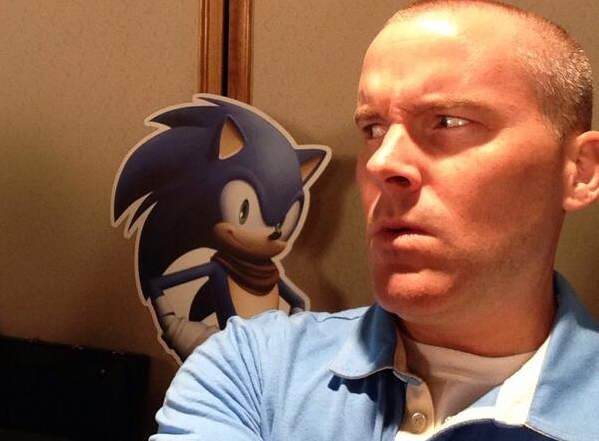 Many fans have been wondering why Roger Craig Smith stopped voicing Sonic the Hedgehog. It seems like a dream job to voice one of gaming's most iconic characters, so why leave? Plenty of people thought that SEGA gave Smith the axe, paving the way for a newcomer. In an interview with the Voices from Krypton podcast, Smith says it was his own decision to step away.

“I think my response would be “it’s just one of those things.” It’s a time in looking at the way things are being handled and the way that you are, where you’re at, and what you kind of want to deal with, and do. And I found myself going, ‘I think it’s time. I think it’s time to be done.'”

"I know people are sort of surprised and shocked by it, and it was like “yeah”, and I’ve seen all the speculation that were like, “voice actors don’t walk away, he was fired!

It’s interesting the perception that people have, and we get this all the time; like, it’s amazing how all the experts that are out there that have nothing to do with this industry that make all of these assumptions, you know, ‘this is how this works and this is what this does’…

You know, after a while you do things and start going ‘I think I’m very pleased and I’m very proud and I’m very happy with what has happened there,’ and I think it’s time to say, ‘I don’t want to keep doing this.’

Some people would be like, “why?” and it’s like, “it doesn’t have to make sense to you.” It’s perfectly good sense to me and it was the right thing to do, and I’m happy to have done it.’"

It was his decision, but virtually the entire cast outside of Eggman's voice actor followed him? I find that hard to believe.

One likely scenario is that there was a disagreement between the voice actors and Sega concerning the terms of the contacts, and then they try to negotiate, and it comes to a point where they can’t find an agreement, one actor leaves and the others follow suit.