SEGA says they aren't involved with Taxi Chaos in any way

If Offspring isn't involved, SEGA is staying away
23 February, 2021 by rawmeatcowboy | Comments: 7 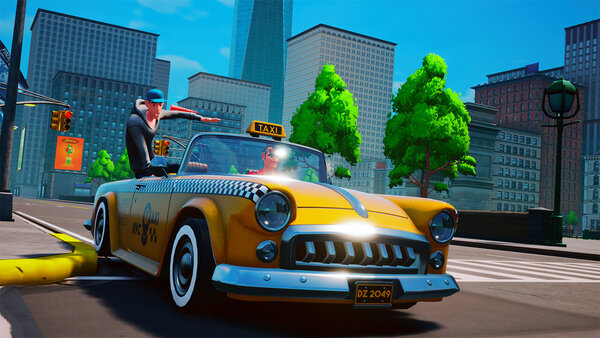 Taxi Chaos is very clearly inspired by SEGA's Crazy Taxi franchise, but at one point in time, we heard that SEGA was actually involved with the title.

In the original press release for Taxi Chaos, SEGA was listed as the distributor for the Asian versions of the game. In a statement to Nintendo Life, SEGA says that information is flat-out false.

A game resembling SEGA’s Crazy Taxi is currently being promoted by an external company. As inaccurately reported in some news, this title and its publisher and developer have no official or unofficial support from SEGA CORPORATION and its international divisions. We are currently investigating this situation. SEGA places great value on our heritage and will ceaselessly protect our intellectual property. We are also continuously assessing all opportunities to remake/reimagine our universes and bring them to the public as innovative and high-quality experiences.

In the latest press release for Taxi Chaos, SEGA is no longer mentioned as a distributor. Were they actually involved at one time, or was it all just a mistake? If it was a mistake, how on earth did that happen in the first place?!

It does look like a shameless rip-off, I actually thought that SEGA was in on this.

Ah, if custom soundtracks were only a thing on the Switch...

Maybe we can mute the music and just play some Offspring off of some other source? =P

I'm fairly certain there was an HD port of Crazy Taxi that hit 360/PS3, but it didn't have music from Offspring.

Who is then distributing the game in Japan and Asia, if not Sega? And why did it take them so long to respond.

The game is rubbish, going by some of the reviews I've read.

Would Sega have backed out because the final product is rubbish and they now don’t want any association with it?

What planet do you live on? That quote is from Sega themselves so it’s not like Nintendolife are shifting the blame on to other outlets and regardless- why would they need to seek out confirmation? The PR for a licensed developer sent out a press release and said Sega were involved with publishing it on Asian markets. Sure, get Sherlock on the case immediately for that one.

Why would there be scepticism on that? It doesn’t even make sense why they would lie about that. This is on the developer and their PR for being misleading about this and not any publication who reported on it. You could say they should have only reported on it if it came from Sega themselves but why would the Asian arms of Sega give a crap about telling western news outlets about something that has no relation to their audiences?

And in classic Eire style, they just edit their comment to remove their falsehoods rather than admitting their mistake.

Hahaha. That’s one way to stunt growth as a person!