There's a special bonus for purchasing both collector's editions!
05 March, 2021 by nintendojam | Comments: 7 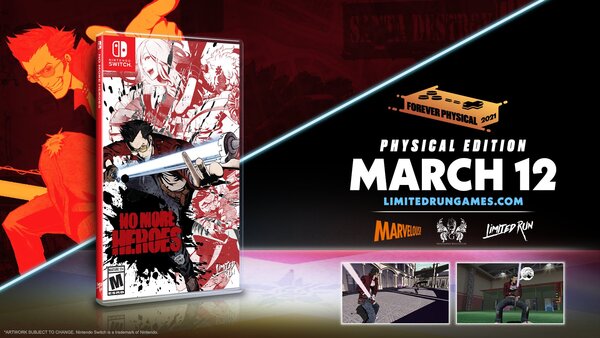 Travis Touchdown gets physical! No More Heroes and No More Heroes 2: Desperate Struggle ride onto Nintendo Switch. Pick up the Standard Editions or the totally badass Collector’s Editions on Match 12th. 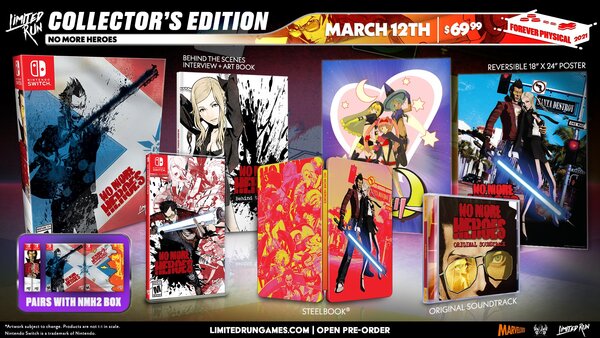 Check out this Assassin-worthy Limited Run CE for No More Heroes (it pairs with our NMH2 box... more on that later in the thread). Pre-orders open March 12 at 10am ET on http://limitedrungames.com! 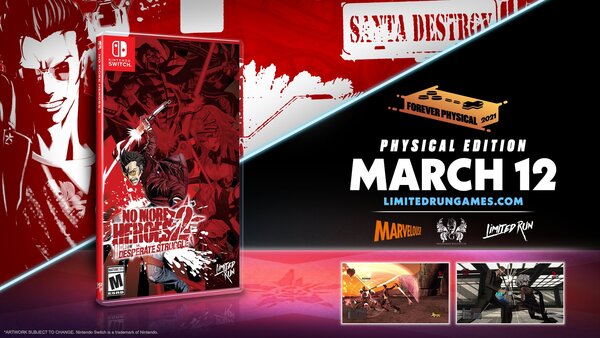 As mentioned earlier, No More Heroes 2: Desperate Struggle rides onto Nintendo Switch with its predecessor — pre-orders open at 10am ET on March 12 only on http://limitedrungames.com. 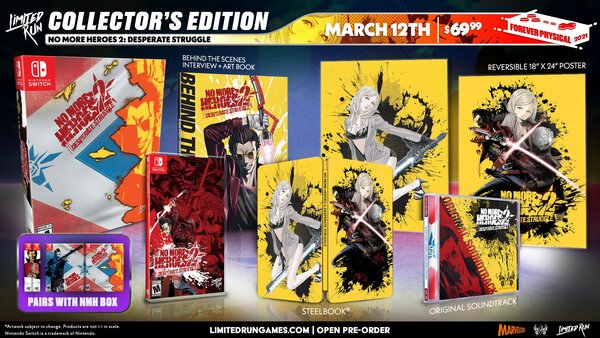 ...And the No More Heroes 2: Desperate Struggle Collector's Edition pairs so well with the CE for No More Heroes in both its contents and its outer box! Get yours in its open pre-order starting at 10am ET on Friday, March 12 at http://limitedrungames.com. 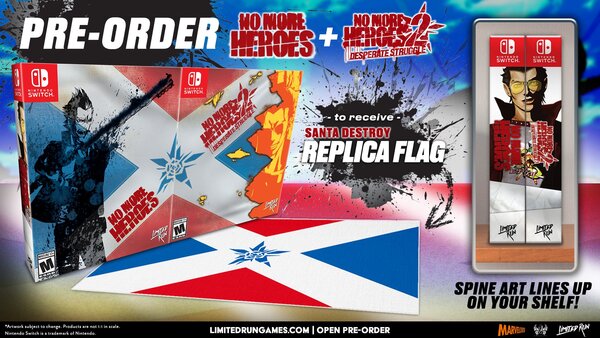 Pre-order both No More Heroes and No More Heroes 2: Desperate Struggle Collector's Editions to receive a replica Santa Destroy flag. Now the question is... are you going to line them up by spines or by the outer art?

I need this!
The only question is: Normal or Collector's Edition?

That one side of NMH2 poster is kind of a real mess. I had to zoom in on the image to really see what was there. I'm still not sure what's causing the cross beams... And the other side is just kind of embarrassing.

The rest of both CEs are pretty cool though. Really smart marketing to have the spines line up. Really incentivizes people to just go all in on both CEs.

Travis dual-wields in NMH2. The beams are covering his left arm holding the smaller sword, which also has a thick knuckle guard covering the hand.

Gotcha. I've only played and beaten the first game. I still think that poster is a little messy.

This BBB loving bastard need these!!! Even though I have both on Wii.

Oh thank goodness, I was starting to worry this wouldn't happen.