PQube and developer Billy Goat Entertainment are excited to announce that Supermarket Shriek is coming to Nintendo Switch, PlayStation 4 and PC on Steam on October 23rd!

Join the unlikely duo of man and goat in this award winning couch co-op adventure! Tackle outlandish obstacle courses, complete rewarding challenges and dodge deadly obstacles in a hectic race to the checkout!

Use your controller triggers to make each of the duo scream - or if you're on PS4 or PC you can hook up two mics and *literally* shriek your way to victory in what we call: "Duet Mode".

Warm up your vocal chords and get ready to take on a variety of action-packed gameplay modes! The 38 stages include outlandish Obstacle Courses, intense head-to-head Races and not forgetting the-mode-where-you-knock-over-the-tins-of-beans.

Behind each shopfront, expect a relentless stream of obstacles blocking your way to the checkout! From the mundane (conveyor belts, spillages) to the absurd (fire pits, swinging axes, sumo wrestlers & more!).

#SettleTheStore in one of 3 hilariously fun PvP party modes for between 2 and 4 players!*

Race around the supermarket and be the first to tick-off every item in Shopping List, dominate the arena in the an epic clash of man, goat and trolley in Sumo, and scream as though your life (or indeed, some points) depends on it in a head-to-head Race!

Supermarket Shriek will release on 23rd October 2020 for Nintendo Switch, PlayStation 4 and PC on Steam!


Get ready to hop in the Battle Bus because Llama-Rama is on the way! Rocket League's very first in-game event since the launch of free to play will be live this Saturday, September 26 at 3 p.m. PDT (10 p.m. UTC) through October 12.

Beginning with Llama-Rama, in-game events are going to be slightly different from what you may be used to. To unlock the items from the event, you'll need to complete Event Challenges. Each Event Challenge you complete will grant a specific Event Item once you claim it from the Challenges Menu. Complete them all to unlock Rocket League's newest car, the Battle Bus! Check out the items in the slideshow below!

We hope you enjoy Llama-Rama and all of its items on September 26. Get ready to assemble your squad and drop in. Good luck, and have fun!

Five new Bear Walker boards are now available at the #PokemonCenter, US Trainers.

FiNC HOME FiT is an upcoming Nintendo Switch title that is being developed by the same team behind Fitness Boxing. The game is also being supervised by FiNC, the most popular healthcare app in Japan. The game is a fitness game where the player is able to exercise with four different trainers, and the trailer above is meant to serve as an introductory video for those interested in trying out the game. Everything is in Japanese for now, but if the game is successful enough, there's a potential chance that it may be released in the west.

As an unpaid intern in the dystopian city of Neo-Cascadia, you’ll wield office junk as weaponry as you make your way through the offbeat procedural dungeons beneath your company campus.

The official Japanese site for Monster Hunter Rise has been updated with new information and screenshots. This content gives us a look at the player hub and Shrine Ruins. The player hub is called Kamura Village, and you can read a synopsis for the location below.

The Story of Kamura Village

After 50 years, the calamity returns!

This village, known for its Tatara Steel, is where hunters make their living. The Rampage, a calamity that ravaged the village 50 years ago, is about to occur again, so the inhabitants are in turmoil. The hero has to become the best hunter there is and overcome this calamity with the help of all the villagers.

As for the Shrine Ruins, they're described as a “place where people once prayed for protection” but “the shrine has fallen into decay and is now haunted by the roars of monsters.” In the debut trailer, you can spot Magnamalo running around this location. 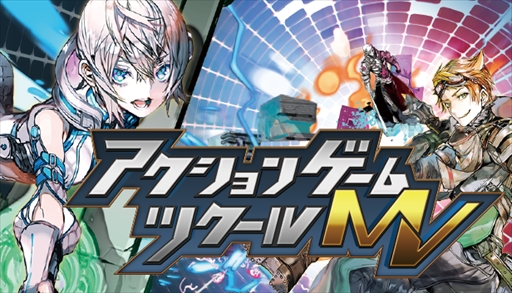 We covered Playism's event last night, which featured a slew of new titles on the way to Switch. Turns out Playism has a handful of Switch titles that they confirmed exclusively for Japan as well, and we've got the details.

First up is the above Action Game Maker MV, which is the the equivalent of RPG Game Maker MV, but for action games. This title will launch sometime before the year ends in Japan.

Next up is Idol Manager, which will also see release sometime before the year ends. Check out a Japanese trailer for the game above.

Finally, Playism also confirmed that they're handling the localization of Knights & Bikes in Japan. The team didn't mention a release date for this one, but they did share the debut Japanese trailer, which you can see above.

Experience crazy battles full of ridiculous flukes and insane skill shots. Invite up to 4 players, pick your freaky hero, and get ready to explode them all. All is fair in love and space gladiator fighting - teleport, become invisible, bounce bullet off walls, whatever it takes to make sure you're last one standing! 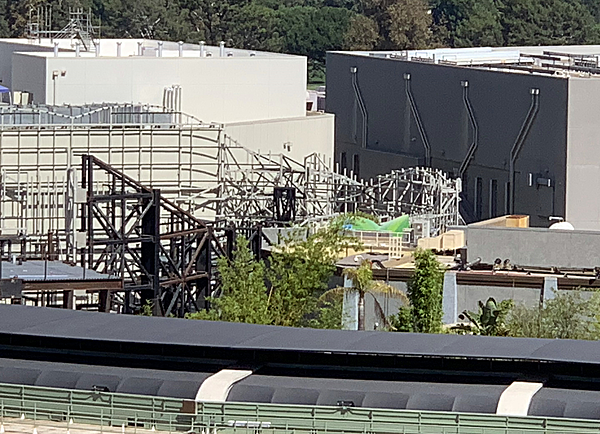 It's going to be a long time until we see the finished Super Nintendo World at Universal Studios Hollywood, but it's good to see that work is continuing at a steady pace. Another round of pictures from the park's construction have surfaced, and they show that various thematic elements are being installed. Not the most exciting pictures to look at, but again, it's reassuring to see things moving along. You can check out the gallery of pics here.

Take a look at some action on court between Roger Federer and Nick Kyrgios.