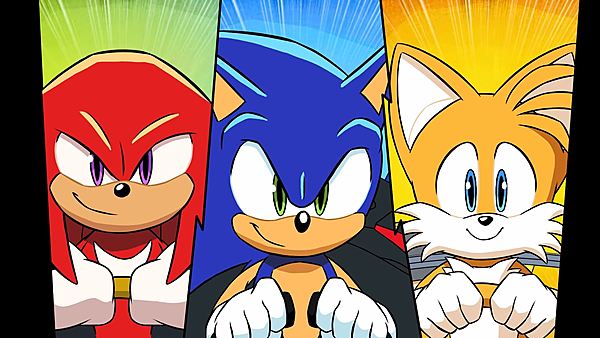 Likely done to capitalize on the success of the Sonic movie, SEGA is hosting an eShop sale across all Nintendo platforms for many Sonic the Hedgehog titles. Super Monkey Ball: Banana Blitz HD is also included in the sale, which the blue blur makes a cameo appearance. Check out all the updated prices below, lasting until February 28th, 2020 at 8:59AM PT/11:59AM ET. Master the elements and spin dash through an exciting adventure in Sonic Boom: Fire & Ice, a blazing-fast action platformer out now, only on Nintendo 3DS family systems. Join Sonic, Tails, Knuckles, Amy and Sticks as they embark on an awesome journey to defeat Dr. Eggman and all-new super villain, D-Fekt!

Sonic’s in trouble – the relentless Dr. Eggman has discovered a powerful element called Ragnium, and he’s using it to create an army of super-fast robots that can outrun the blue blur himself! Not only that, but all the waste that’s created as a result of Dr. Eggman’s mining is being sent to nearby islands, completely covering some areas with fire and ice. When things go awry with Dr. Eggman’s mining robot D-Fekt, it’s up to Sonic and his friends to save the world.

Harness the incredible powers of fire and ice to propel Sonic and co. through an all-new world, filled with danger, wonder and, of course, lots of loop-de-loops! Experience all sorts of different gameplay styles, from straight-up 2D platforming action and fresh takes on the classic Super Stages, to underwater exploration and even shoot-‘em-up scenarios.

Mix things up by switching between characters on-the-fly, and take advantage of each hero’s unique abilities. Sonic can tag in a teammate to take on towering terrors in boss fights so huge they take up both screens! Switch between characters, utilise different skills and climb up high to mount these monstrous opponents and hit ‘em where it hurts.

Race around a number of blisteringly fast courses and vie for speed supremacy in Bot Racing mode. Compete against friends or frenemies in high-octane multiplayer races for up to two players via Local Play. You can get clued up on this super-cool action platformer at our official Sonic Boom: Fire & Ice gamepage! SEGA is on a mission with Sonic fans. In a rather refreshing approach, SEGA came out and said that Sonic wasn't getting the attention he deserves when it comes to quality. They recognize that recent years have been rather lackluster, and they're out to turn things around. Obviously that kind of move is going to take time, but it's good to know that SEGA has recognized a problem and is out to correct it.

Many consider Sonic Mania to be the first title that shows SEGA's new plans for Sonic. It'll be the first game that really gives us a look at how SEGA plans to bring the blue blur back to his former popularity, all while bringing in some fans that may have lapsed. With that said, it's not entirely fair to say Sonic Mania is the first title to really try and right some wrongs. Sonic Boom: Fire and Ice went through a rather lengthy delay in order to make for a better experience. That delay was also followed by SEGA's admission of Sonic's quality taking a dip. When you put both together, you can see that Sonic Boom: Fire and Ice got a lot more love from SEGA than originally planned.

So how does the new title in the Sonic Boom franchise measure up? It's certainly not the best Sonic game in the franchise's long history, but it is without a doubt a step in the right direction.