Pokemon: Let's Go Pikachu/Eevee has been available for quite awhile now, but there's plenty of new Switch owners who haven't played it. That's why Nintendo has put out a new holiday-themed commercial for the game in Japan. They're hoping some people snag it as a special gift this year! 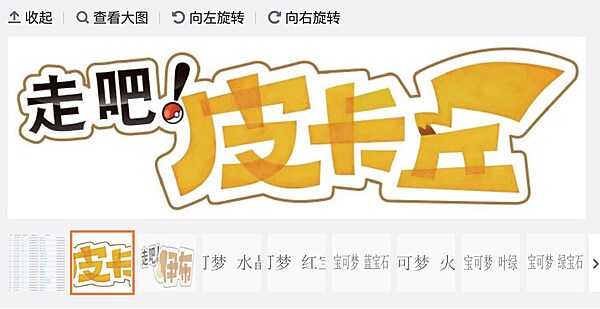 Pokemon: Let's GO Pikachu/Eevee aren't officially confirmed for launch in China yet, but it's clear Nintendo and Tencent are inching that way. The two companies have just registered the Chinese logos for both games. We should hear about a release in China any day now.

Grab the Hori Poke Ball Plus Charge Dock for $10 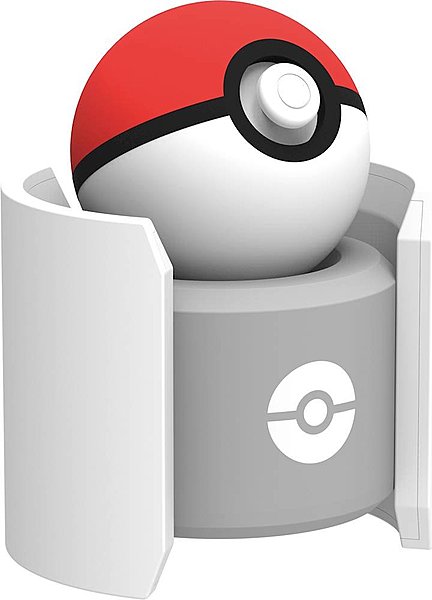 Hori's Poke Ball Plus charge dock is usually priced at $50, but you can currently get it for one hell of a deal. If you're still looking to snag the dock, Best Buy is currently selling it for just $10. We have no idea how long the deal is running, so don't hold back in grabbing yours. You can lock in your purchase here. 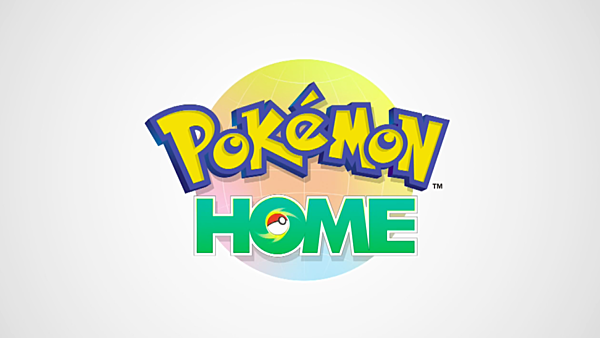 Ahead of the upcoming launch of the Pokémon HOME service for Switch and mobile devices, a Japanese FAQ has been released. A rundown of the new information provided can be found below.

- A Nintendo Account is not required to use the mobile app

- A free box will be available for standard users, allowing transferring between Let's Go and Sword/Shield + the ability to earn Mystery Gifts

Nintendo grabs new patents for the Poke Ball Plus 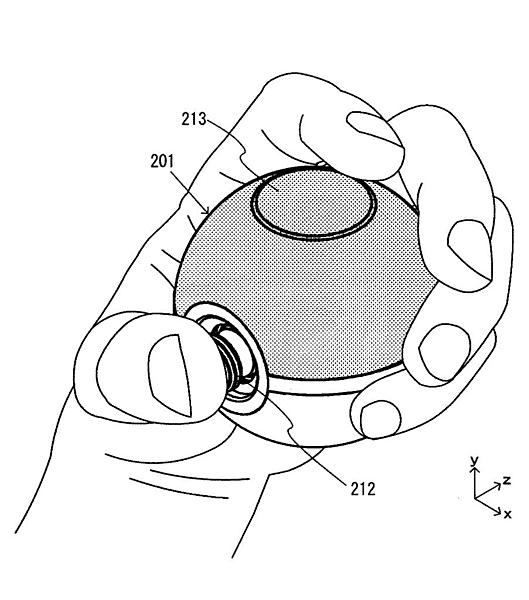 Nintendo has filed multiple new patents, all of them relating to the Poke Ball Plus. The patents seem to go over all the various control aspects and features that the Poke Ball Plus offer, so nothing really new here. It seems Nintendo just wants to protect the unique design of the Poke Ball Plus from other companies swooping in an copying. 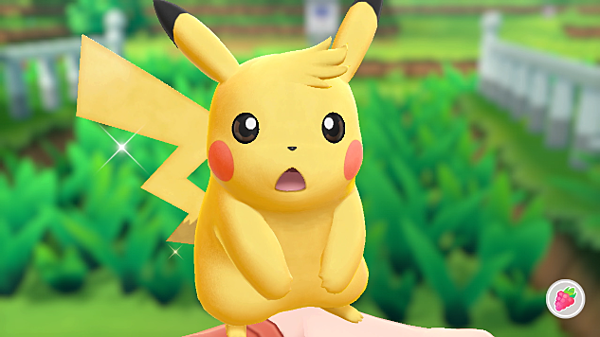 Pokémon Sword & Shield are selling astronomical numbers, and more recent sales data proves how insane the games are truly doing in Japan. Pokémon Let’s Go! Pikachu and Eevee have been out for over a year now, and Sword and Shield has already outsold the spin-off titles in just 10 days!

Want to get yourself a Mewtwo for Pokemon: Let's GO? You can head to Best Buy starting today and grab yourself a distribution code for the Pokemon! You'll have until Nov. 14th, 2019 to snag one of these codes. You'll have to redeem the code through the Pokemon Pass mobile app.

Thanks to our anonymous friend for the heads up.
Rating: 0 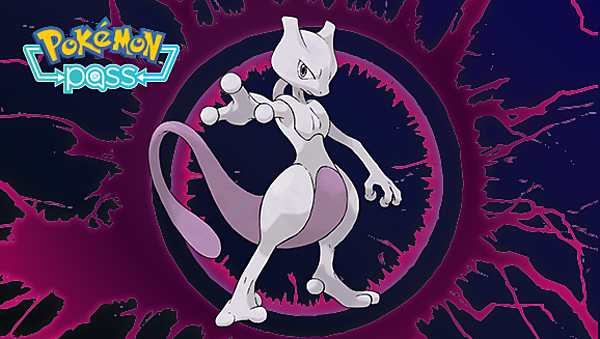 There are few Pokémon more intimidating to go up against than the mighty Mewtwo. Pokémon: Let's Go, Pikachu! and Pokémon: Let's Go, Eevee! players can now add this Psychic-type powerhouse to their collection! To get Mewtwo, download the Pokémon Pass app for your iPhone or Android device and visit a Best Buy store November 4–14, 2019.

When you use Pokémon Pass at Best Buy, you will be given a code that can be redeemed in your Pokémon: Let's Go, Pikachu! or Pokémon: Let's Go, Eevee! game. And while you're at Best Buy, don't forget that you can preorder the next big Pokémon games for Nintendo Switch, Pokémon Sword and Pokémon Shield. Both titles launch November 15, 2019, and you'll definitely want to see what's in store for Pokémon Trainers in the Galar region!

Use these steps, along with your code, to get Mewtwo:

Select Communicate on the main menu.

Select Get with code/password, then select Yes to save your game and connect to the internet.

Some tough questions for the devs
24 October, 2019 by rawmeatcowboy | Comments: 1 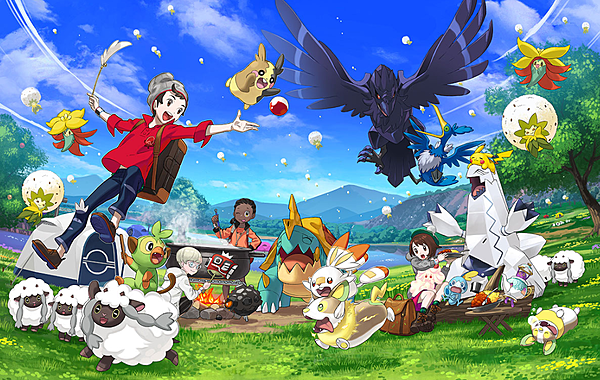 Pokemon Sword and Shield are less than a month away, which means the dev team is doing the rounds promoting the title's upcoming launch. Eurogamer had the chance to talk to producer Junichi Masuda and director Shigeru Ohmori about the games, and we've grabbed some of the more interesting tidbits to share below.

In Pokémon Sword and Shield there's no direct communication with Pokémon Go, but you'll have seen the announcement for Pokémon Home, where there are plans to be able to send Pokémon from Pokémon Go, and take them around with you, so that's something we do have.

On the negative reaction to the Pokedex

Of course, you know, you see these sort of negative comments and it does, as a developer, make you feel a bit down about certain things. But at the same time, you have to take criticism. For example with Pokémon Let's Go, early on there were a lot of comments that it was too easy, or it was kind of a bit too "kid-focused" and that sort of thing. That sort of comment is something you see, and you take on board, and really try and base improvements in the next game on the feedback you received from the last one.

So, with regards to the Pokédex issue in particular that you've mentioned, that was something that was a really hard decision internally, there were a lot of discussions about which direction we should take that in, and ultimately we felt that, for the overall game, focusing on creating the richest experience we could within that game, leaving the Pokédex as we did was the best solution overall.

So, at the moment there's no particular plans, but if the fans really like it then definitely keep those voices coming out to the Pokémon Company and Nintendo, and make sure we hear them! [Laughs] We wanna hear those comments! 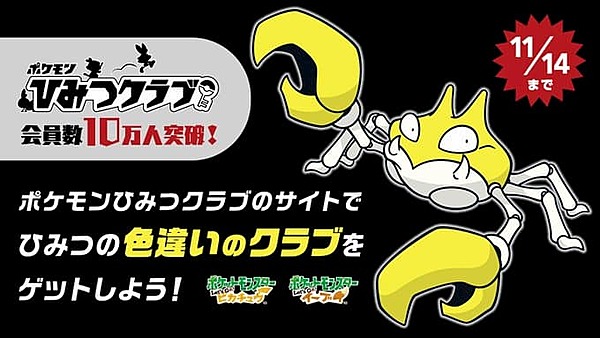 Pokemon Co. has announced that Pokemon Secret Club, a club for those who have pre-ordered a copy of Pokemon Sword and Shield in Japan, has hit 100k members. In honor of the milestone, a Shiny Krabby is being given away for Pokemon Let’s GO Pikachu/Eevee.