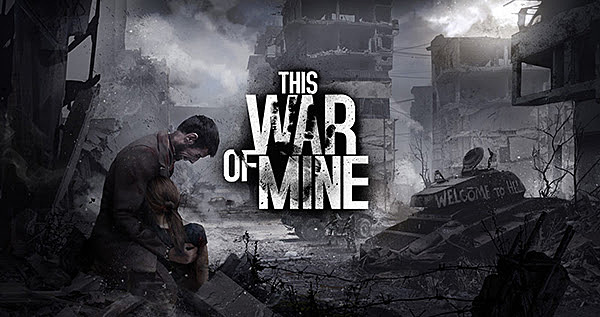 This War of Mine -- the remarkable experience released by 11-bit studios in 2014 -- achieves a milestone step in recognizing video games as a work of culture. The tale of civilians living through the torment of war, tackling moral dilemmas, and shouldering the heavy burden that people must carry when their lives are at stake was told with stark reality and praised by The New York Times, Washington Post, Die Welt, The Guardian, and other prestigious media. 11 bit studios now proudly breaks new ground for game developers all over the world as This War of Mine becomes recommended reading for high school students in the Polish education system.

Perceived as a cultural phenomenon able to portray serious issues in a mature, respectful way, This War of Mine was met with wide critical acclaim. Based on this, and on receiving an award for bringing substantial value to Polish national cultural heritage, a program was kicked off by 11 bit studios and the Prime Minister of Poland, Mateusz Morawiecki, back in early 2019. Now, after months of work, it becomes a reality.

Grzegorz Miechowski, 11 bit studios CEO, agreeing with the Prime Minister Morawiecki, says, “Games are a work of culture. Modern ones, natural and attractive for the young generation. Games speak a language instinctively understandable by them - the language of interaction. Using this language, games can talk about everything - emotions, truth, the fight between good and evil, humanity, suffering. They are similar to literature in that regard, however, they use the aforementioned language of interaction. Of course, games are already being used in education for teaching maths, chemistry, and developing cognitive abilities, but I don’t think we've ever encountered a game being officially included in the educational system on a national level as a school reading. I’m proud to say 11 bit studios’ work can add to the development of education and culture in our country. This can be a breakthrough moment for all artists creating games all around the world.”

This War of Mine is planned to be included in the list of school reading for Polish students starting in the 2020/2021 school year for 18 y/o and above -- the game has an 18+ age rating in most countries due to the subject nature it tackles. This wouldn’t be possible without the official recognition from the Prime Minister of Poland and the Ministry of Education. The game is going to be recommended for human sciences: sociology, ethics, philosophy, and history and will be available for all Polish high schools without any costs. 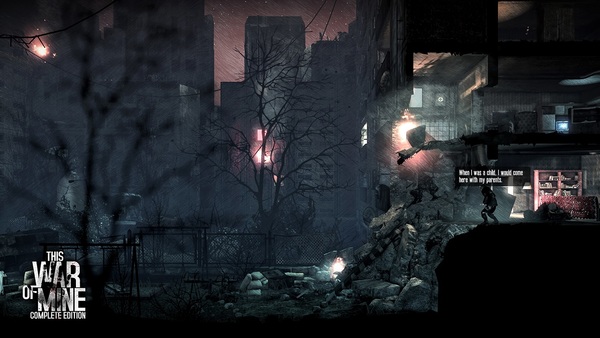 This War of Mine launched back on PC in 2014, and ever since then, 11 bit Studios has been keeping the game fresh with new content and expanding to new platforms. The game came to Switch not all that long ago, and its helped breath new life into the game overall. For example, This War of Mine generated more revenue in Q1 2019 than in Q1 2018. In a feature written by publishing director Paweł Feldman, we hear more about how bringing the game to Switch was important to keep momentum going.

This War of Mine was expanded with every edition. Mobiles were all about touch controls, consoles got the 'The Little Ones' expansion, which later came out on PC. For Nintendo Switch, This War of Mine was released as a Complete Edition, containing the game, DLC, and a Season Pass with Stories episodes. ...It's like adding another retail layer to the franchise, but it's crucial to be on new platforms like Nintendo Switch and think outside the box. The This War of Mine board game was also a huge success.

Warsaw, Poland - August 6, 2019 — The newest narrative-driven expansion for This War of Mine, Fading Embers, is out now on Steam. Available for $3.99 USD, the third installment in the This War of Mine: Stories series portrays the story of Anja. Living in a war zone and carrying a heavy burden, Anja wrestles with herself to answer the question of what is more important - survival of human legacy or the survival of a man.

Fading Embers contains a ton of new content including new locations in the city of Pogoren and its vicinity, new shelters people can live in, enhanced locations from the original game, and new playable survivors and citizens. Most importantly, the structure of Fading Embers brings new ways to experience the narrative with a non-linear structure leading to multiple endings based on the player's decisions. Since the main theme orbits around human legacy, new gameplay mechanics introduce collecting art, deciding on its fate and more.

Lead Artist of Fading Embers, Tomasz Kisilewicz, "The new This War of Mine: Stories episode touches on the subject of cultural heritage and what it means during the war. Is it worth preserving even at the darkest times? Or maybe when we're pushed to our limits, when death and starvation are omnipresent - we change our perception of art and culture? And despite the artistic value - paintings, sculptures, and rare books - become mere tools of survival. Just because by destroying them we can postpone our own demise. Is this cost justifiable? Players will have to face those dilemmas for themselves."

This War of Mine: Stories - Fading Embers key features:

Deep Silver releases retail versions of This War Of Mine: Complete Edition and Broken Sword 5: The Serpent’s Curse 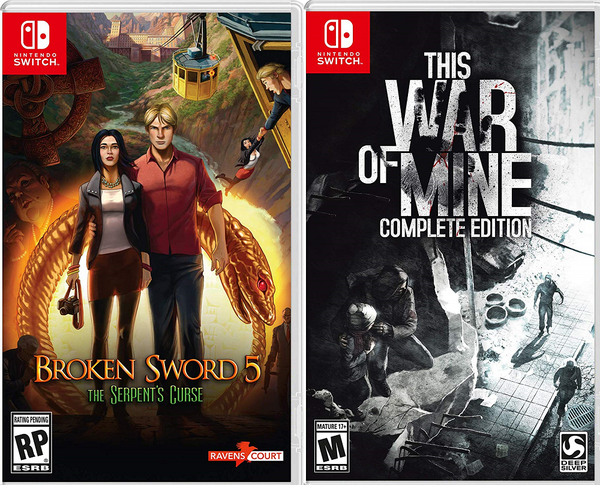 This War Of Mine: Complete Edition for the first time contains the Anniversary Edition of the base game as well as all major DLCs of the critically acclaimed anti-war survival game. This War Of Mine gives insight into the heavy burden that survivors must carry during times of war and has continuously been expanded with new stories, scenarios, further civilians, and additional locations since its launch in 2014. The game is now available in stores for Nintendo Switch at a SRP of $39.99.

2019 GDC session: Why Make Games? Lessons from This War Of Mine

The process of making a serious game
16 May, 2019 by rawmeatcowboy | Comments: 0

In this 2019 GDC session, 11-bit studios' Przemyslaw Marszal and Michal Drozdowski explain their unique approach of the design and development processes behind Frostpunk and This War of Mine, and how they lead their team and build a specific work culture to make their vision come true.

This War of Mine hits 4.5 million units sold across all platforms, over $500,000 donated to charity

#ThisWarofMine breaks the barrier of 4.5 million units sold! Starting with a single unit sold on Christmas Island, the game's #community is widely global with players from coast to coast on every continent! #THANKYOU

And here are few more #facts about #TWOM: pic.twitter.com/QnSGJoNgks

This War of Mine has become quite the huge sensation! 11 Bit Studios has shared a few infographics on their Twitter account concerning the game's success, and there are great numbers all around! 4.5 million units sold, over $500,000 donated to charity, plus a bounty of awards under its belt!

This War of Mine: Complete Edition - another round of gameplay

In This War Of Mine you do not play as an elite soldier, rather a group of civilians trying to survive in a besieged city; struggling with lack of food, medicine and constant danger from snipers and hostile scavengers. The game provides an experience of war seen from an entirely new angle.

This War of Mine: Complete Edition Brings the Harsh Realities of War to the Switch

November 27th, 2018 — 11 bit studios today releases This War of Mine: Complete Edition for the Nintendo Switch™. Included together for the first time, The Complete Edition contains the Anniversary Edition of This War of Mine as well as all of the subsequently released DLC for the critically acclaimed anti-war survival game. This War of Mine gives insight into the heavy burden that civilian survivors must carry during times of war and has continuously been expanded with new stories, scenarios, further civilians, and additional locations since its launch in 2014. The game, ported by 11 bit’s friends over at Crunching Koalas, is now available in stores for Nintendo Switch at $39.99.

Struggling with a lack of food and medicine, and under constant danger from hostile scavengers and snipers, This War Of Mine: Complete Edition is an experience wholly different from most war games you’ve experienced before. Instead of playing as an elite soldier, players will take on the role of a group of civilians trying to survive in a besieged city. Experience war from an entirely new angle. During the day, snipers will stop you from leaving your refuge, requiring players to focus on hideout maintenance: craft, trade, and take care of your survivors. At night, choose one of your civilians to be sent out on a mission to scavenge through a set of unique locations for things that will help the group stay alive.

Make life-and-death decisions driven by your conscience. Players must try to protect their civilians, or instead sacrifice individuals for the good of the group. During the war, there are no right or wrong decisions; there is only survival.

This War of Mine: Complete Edition retail release listed for Europe 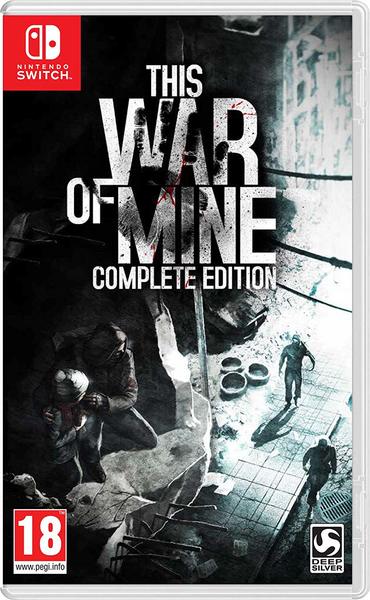 This War of Mine: Complete Edition is getting a retail release in Europe. Amazon UK has put up a listing for the retail release, complete with cover art. The game is slated to launch on Nov. 27th, 2018, which is the same date the eShop version goes on sale. No word on a similar retail version coming to the states at this time.

This War of Mine: Complete Edition hitting Switch on Nov. 27th 2018

This War of Mine: Complete Edition is coming to Nintendo Switch on 27th of November, 2018.

This War of Mine: Complete Edition consists of:

• The original version of the game
• Anniversary Edition content
• The Little One DLC
• Ep. 1: Father's Promise DLC
• All the upcoming content - including Ep. 2 and 3

‘This War of Mine’, an anti-war survival game that gives insight into the heavy burden that survivors must carry during times of war, has continuously been expanded with new stories, scenarios, further civilians, and additional locations since its launch in 2014.

Thanks to massive community support, we were able to broaden the game with the story-driven DLC, "Father’s Promise”. To address one key element that had been missing from gameplay, we included children as playable civilians in another DLC, "The Little Ones." Rounding out the downloadable content available for the already expanded game, the "War Child" DLC was added that, to this day, continues to raise funds for the UK based charity of the same name which focuses their efforts on helping kids living in war zones.

On November 27th of this year, all the above DLC will be available in "This War of Mine Complete Edition" developed exclusively for the Nintendo Switch console.