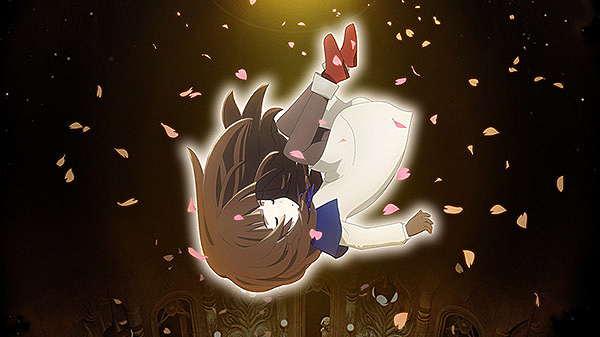 Pony Canyon K.K. (Headquarters: Minato-ku, Tokyo, President: Takashi Yoshimura) announced the details of the second round of auditions to find an artist to perform the theme song (music and lyrics by Yuki Kajiura) for the animated film "DEEMO THE MOVIE" which is currently in production.

The audition is open to contestants from Japan as well as abroad. The entry deadline is 11:59 pm on Saturday, February 29.

Second Round of Auditions
Date: March 20, 2020
Time: 1:00 pm ~
Place: Tokyo, specific location to be announced
Details:
(1) The audition piece: Each contestant will sing a song of their choice. The song should last no longer than two minutes from intro to fade out. Also, it will be limited to "Japanese songs".
(2) Each contestant will make a self-introduction/promotion speech lasting no longer than one minute.
Judges: Yuki Kajiura
Yasunori Mori (The film's music producer)
Ayana Taketatsu (Voice actress)
Canyon Producers and others

Names of contestants who passed the first round of auditions will be posted on the "DEEMO THE MOVIE" official website https://deemomovie.jp/ on Friday, March 6.

Agenda: General guidelines and schedule following the second round of auditions

Submission of documents
Documents will be mailed separately to contestants who passed the first round of auditions. Please sign or place your official seal on the document and bring it with you.
Written consent of a parent or guardian will be required if the contestant is a minor.

Other important considerations
The explanatory meeting for the second round is not considered part of the audition.
If you cannot attend the meeting, please mail all required documents to the provided address.
All contestants will be responsible for their own transportation fees, lodging, etc. for both the explanatory meeting and the audition itself.
Please note that unforeseen events including weather or accidents may impact the schedule and general guidelines of the audition.

Announcement of final results
The grand winner of the audition will be announced on July 2020 at ANIME EXPO in L.A.
Details/updates will be posted on the official website: deemomovie.jp

Applications to the audition can be submitted using the KARASTA app (mixi) in Japan, while over-seas applications can be made through YouTube and bilibili.
Additionally, fan (viewer) votes will be counted in addition to professional judge votes in deciding the qualifiers beyond the 2nd round of auditions.

Objective of the audition:
To discover a new talent with outstanding singing skills who would be suitable to sing the theme song for "DEEMO THE MOVIE", an Anime Film that pursues high music qualities in accordance with the original story (world-renowned music game "DEEMO").

Visit the "DEEMO THE MOVIE" official website for more details about the audition: https://deemomovie.jp/utahime

KARASTA
-Download the KARASTA app and upload your performance of the assignment song.
*KARASTA can be downloaded at: https://karasta.net/
YouTube & bilibili
Upload your performance of the assignment song with the following 2 hashtags:
#deemo #deemomovie_utahime
Song to apply with
Assignment song: "inside a dream" (song featured in DEEMO THE MOVIE). Music/Lyrics by Yuki Kajiura. Song by Joelle.
*the original song is performed in words coined by Yuki Kajiura, but applicants are free to change the lyrics. Humming is accepted as well.

Conditions of application
1. Must be female aged 13 or older.
2. Must not be signed with and/or represented by any record label, management or agency/agent.
3. Applicants under the age of 20 must be authorized by their parent/guardian before applying.
4. Must be able to participate in screenings beyond the second round that will be held in Japan.
5. Must understand and approve that photographs/videos will be taken beyond the 2nd round of auditions.
6. The winner of the audition must base her activities in Japan and participate in the domestic entertainment industry.

March – June 2020
2nd round > 3rd round > Final round
On top of votes by professional judges Yuki Kajiura, Yasuhiro Mori (the film's music producer), and Pony Canyon's producers, public fan votes will be added, and the total score will determine the qualifiers for these rounds.

Results
The grand winner of the audition will be announced on July 2020 at ANIME EXPO in L.A.

DEEMO being updated to Version 3.6

Rayark has announced that DEEMO is going to be updated to Version 3.6 in the near future. This update will add the songs “A Little Servant” and “ripples” to “Shattered Memories 2”, “Continuum (DEEMO Ver.)” to “N.M.S.T. Collection #2”, and “-Mirage-” to “Sdorica Collection”.

Deemo the Movie was announced a few weeks back, and developer Rayark is now on the search for the perfect voice to perform the movie's theme song. The company is now accepting audition tapes from singers to see who might best be able to handle the tune. Those who audition must sing the theme song, but are also allowed to hum, or make slight lyric changes.

Deemo the Movie's theme song, “inside a dream,” was composed and written by Yuki Kajiura, who's worked on numerous anime soundtracks, as well as Xenosaga III‘s soundtrack. Audition applicants are required to sing the theme song, and are allowed to make humming versions or slightly change the lyrics.

Pony Canyon has announced that Deemo is getting an anime adaptation called Deemo the Movie. The film will be produced by Signal.MD, a subsidiary of Production I.G. parent company IG Port, and is set to launch in 2020. Check out details on the film below.

Alone in a castle, a figure plays a piano… Deemo. One day, a girl falls from the sky. A castle littered with mysterious inhabitants. A sacred tree growing by the melody of a piano. A girl with no memory, and Deemo. A gentle story that will touch your heart. Deemo: the rhythm game cherished around the world. Adapted for an animated film.

Ayana Taketatsu and others

DEEMO has been updated to Version 1.6.0, which includes a bunch of new songs in 3 different packs. Check out the song breakdown below. 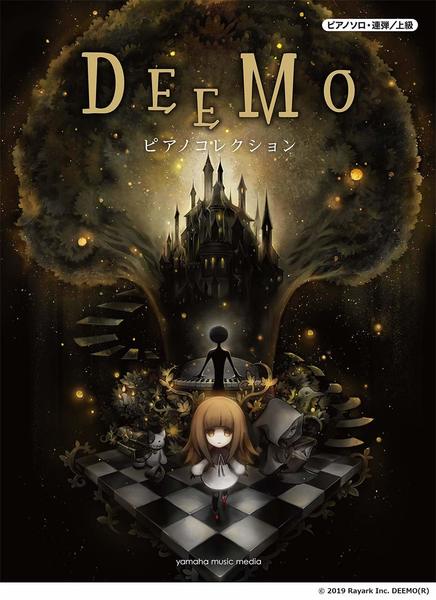 Rayark and Yamaha Music Media are teaming up for a second Deemo album release. This time around we get the Deemo Piano Solo/Four Hands Collection OST, which includes 18 tracks. The full track list can be found below. 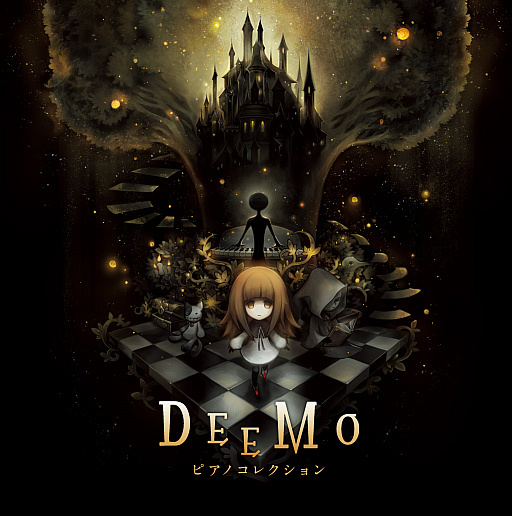 We recently learned about the Deemo Piano Collection OST, which will see release in Japan on March 27th, 2019. We now know the soundtrack will cost ¥ 2,916, and also what tracks will be included. Check out a track rundown below.

Deemo getting an official soundtrack release in Japan 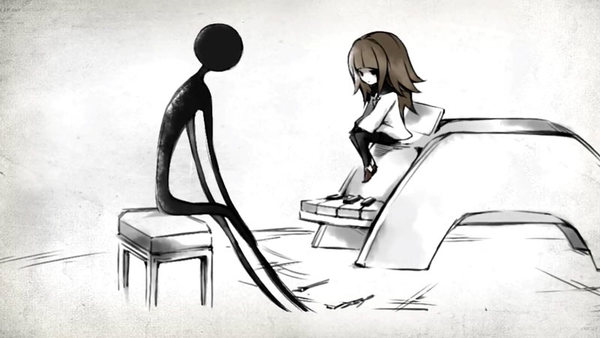 Deemo is a game all about piano music, so it makes sense to put out a soundtrack! That's exactly what Raynark and V.A. are doing with their just-announced Deemo Piano Collection OST. The album releases on March 27th, 2019 in Japan, and includes various songs from Deemo. We don't have details on the full track listing, or the pricing at this time. 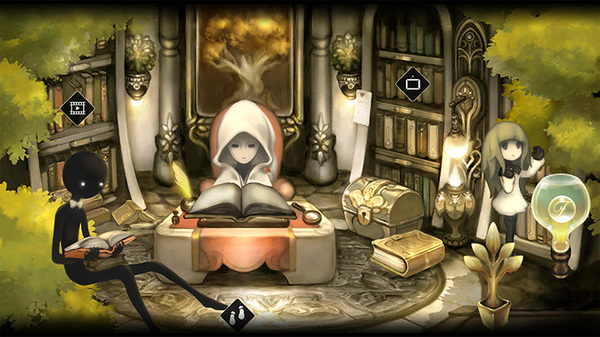 Here's something that happened and I didn't even realize it. While the Switch eShop version of Deemo got the Version 1.5 update a couple weeks back, the retail version was still waiting. That update just hit for the retail version today, and PM Studios has apologized for the delay. 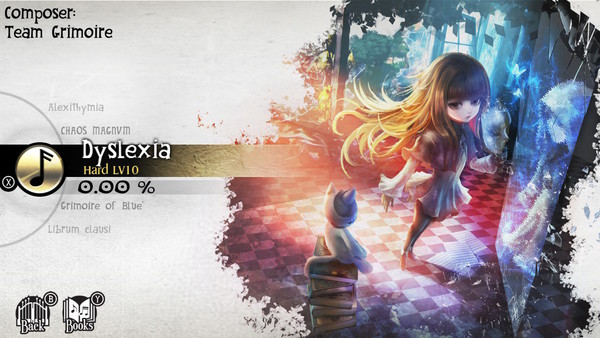 The Version 1.5 update for Deemo is now available, and includes the Team Grimoire Collection (5 new songs)
and 10 more tracks for the Toy-Con Piano.