A run-through of the entire soundtrack
11 October, 2019 by rawmeatcowboy | Comments: 0

The original soundtrack release for Oninaki has gotten a lengthy promo video that runs through the various songs included on the album. This soundtrack is available to purchase in Japan right now, but no announcements of localization have been made.

Oninaki gets another Japanese promo video

The new Action-RPG, ONINAKI tells the story of one Watcher on a journey to protect Life, after Death. ONINAKI features exciting hack and slash style battles, with deep customization of your daemons and weapons. Experience unique action gameplay combined with a deep and satisfying story.

Looks like Square-Enix plans to continue their Oninaki 4-Koma series, as they've put out a third installment today. Again, there doesn't appear to be an official English translation for these, so we'll just have to wait for a fan to dive in and work something up.

Looks like Square-Enix plans to continue their Oninaki 4-Koma series, as they've put out a second installment today. Again, there doesn't appear to be an official English translation for these, so we'll just have to wait for a fan to dive in and work something up.

Tokyo RPG Factory has put out an Oninaki 4-Koma to celebrate the launch of the game worldwide. Unfortunately, it doesn't seem like there's a translation anywhere. Hopefully an official one comes out, but if not, we'll try to hunt someone down who can give us a summary!

The all-new Action-RPG, ONINAKI tells the story of one Watcher on a journey to protect Life, after Death.

Check out the full Famitsu reviews for Astral Chain and Oninaki 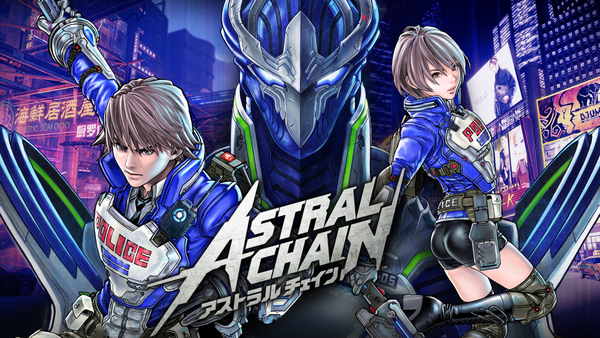 We've already covered this week's Famitsu review scores, but now we have the text to go along with two of them. First up is Astral Chain, which scored a 37 out of 40. Check out how each reviewer came to their conclusion with the blurbs below.

1st reviewer: The presentation is flashy, cool, and meaty, I got continuously pulled in even from the introduction. The beautiful graphics are top-notch, and the science fiction police story is also interesting. The investigation part using “Legion” makes my senses tingling on finding out what happened, and I also become addicted in purifying areas despite them looking plain. The battles make use of the background setting which is connected by chains, I felt really good in controlling them. I’m also glad with the customization in the Guardian mode. 9

2nd reviewer: The “Dual Action” is interesting as you fight by controlling the protagonist while using “Legion” to control important places. By switching Legions and weapons, you can split the usage of various battle styles which is fun. Actions using the “Chain Bind” which uses chains that connect Legions also give a good accent. The content is not completely devoted to battles, as you can also use Legions for investigations which is good. Being able to have 2-player co-op is also awesome. 10

3rd reviewer: The protagonist has a position like a beast tamer who controls “Legion”, but as you fight together, you will think of them as reliable buddies. As you use the Legion chains, launching attacks at the perfect timing is extremely exhilarating. Each and every action is very cool. Each Legion has its own characteristic, so you’d fight while switching between them depending on the enemies and stage gimmicks which is also fun. Using Legions in not only battles but also scene investigations is also somewhat different and interesting on its own. 9

4th reviewer: The all-direction method of creating [the game] that assumes a broad range of player base is awesome. You can adjust the play style (difficulty) in detail based on your skills, so even if you’re bad at action games you can taste the mood of becoming good in them. The “Chain Actions” are also fresh, as they can be used in not only battles but also investigations which make them interesting. Although I felt a bit of complexity in the controls, the presentation is overally good with a sense of presence, so I got excited just by holding the controller. 9 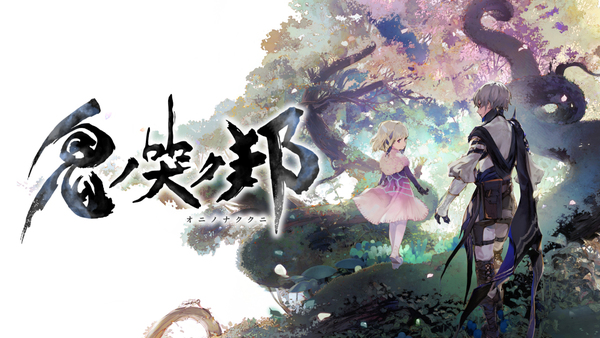 Next up is Oninaki, which scored a 31 out of 40. See how reviewers felt about the game below.

1st reviewer: The story depicts the way of life of a Watcher who has a unique view on life and death, which is very shocking yet intriguing and interesting. The instant job-change from inhibiting Daemon is unique, and learning major techniques also makes the battles more fun. The growth training shows glimpses of sad episodes which stab my chest. While the system where you come and go between two worlds is a common thing, it matches with the background setting. The existence of a different law also gives an accent which made it feel good. 8

2nd reviewer: The serious style based on reincarnation is appealing. Above all, the story in a world with a unique way of thinking about death will pique interest. The gimmick of coming and going between the worlds of the living and the dead also matches with the [gameplay] system and the world setting. Although I wish it could have a bit more feels of tempo and exhilaration, the structure where the weapon and available actions change by switching Daemons has a fun factor. The growth features such as learning new techniques and abilities are also fun. 8

3rd reviewer: A heavy story that question the view of life and death. The sad scenes continue, and the breathless story development may not be liked by some. Progressing through maps while switching between this world and that world made me perplexed at first, but I get accustomed to it afterwards. However, the enemies are tough and there is also a limit on stocking recovery items, so it requires some skills even in Easy difficulty. There is some worth in working to change Daemon based on the boss and battle situations, but I wish they could be changed quickly from the beginning. 7

4th reviewer: The strategic element of inhibiting up to 4 Daemons with unique traits and switching based on the battle situation is worth replaying. Treading through paths like a puzzle while coming and going between the real world and that world is also giving a good accent. The action feels rather good, and the composition – which includes player guidance and all kinds of interface – does not incur stress. There is a whole lot of unfamiliar terms, so that – coupled with the unique world setting – may take some complexity until you can understand them. 8 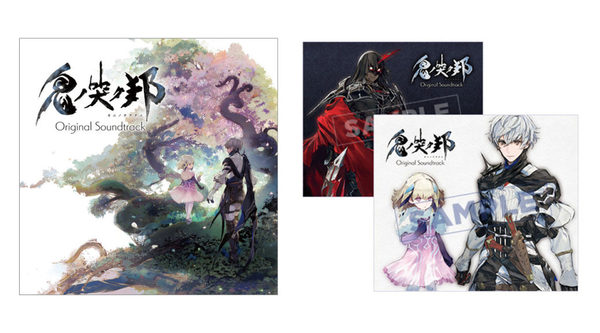 The Oninaki Original Soundtrack releases Sept. 11th, 2019 in Japan for 3,000 yen. Square-Enix has revealed that those who preorder the soundtrack will get a special bonus sleeve, which will be in limited supply. You have the option to import the soundtrack through Amazon, which you can do right here.

With supervision by Creative Producer Takashi Tokita (CHRONO TRIGGER®, Parasite Eve), ONINAKI depicts the story of Kagachi, a young Watcher whose duty is to usher Lost Souls into the next world. After meeting a mysterious girl named Linne, his fate becomes entwined with blood and death. Kagachi can unleash the powers of Daemons against his foes, using them to provide unique and powerful skills and abilities during gameplay.

With highly customizable skill trees for each Daemon, fast and engaging action-RPG gameplay mechanics and a mysterious, involving story, ONINAKI is set to take players to a whole new world where death is only the beginning.

ONINAKI is now available for the Nintendo Switch™, PlayStation®4 system and STEAM. A free playable demo for ONINAKI is also available for download for all three platforms. This title is rated T (Teen) by the Entertainment Software Rating Board (ESRB). For more information, visit: www.oninaki.com.

We dive into the action role-playing game Oninaki, where you control Kagachi, a young Watcher who upholds the tenets of reincarnation. Check out all the action with Kagachi and his Daemons, which support him in battle including Aisha, Zaal, Dia, and more. Oninaki releases on August 22nd on Nintendo Switch.