Platinum says Astral Chain has been a 'big success,' IP is co-owned by Nintendo 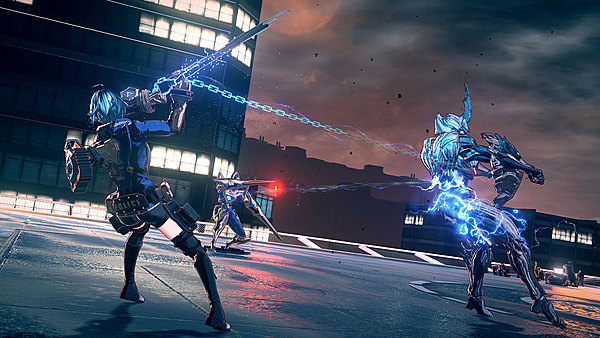 Platinum Games has been talking about The Wonderful 101 all day, which is now coming to Switch following a Kickstarter success. That puts another feather in Platinum's cap, who has also been celebrating the success of Astral Chain. In an interview with VGC, Platinum studio head Atsushi Inaba talks about how well the game's been doing, alongside information on who owns the IP.

“In the case of Astral Chain, it’s an IP that’s owned half by Platinum and half by Nintendo. ...Ultimately it’s Nintendo’s call (if the game hits other platforms), not ours. They own the publishing rights to Astral Chain so really we have no say in that matter. We consider The Wonderful 101 an exclusive case.

“Of course we are very, very pleased with Astral Chain's success. In particular, the feedback that we’ve gotten from reviews is very high. We hear that it’s been sold out in a lot of places, so we’re very pleased. We make the game, we don’t sell the games, so to get that kind of confirmation from users makes us very happy.”

Nintendo's more recent financial report showed that Astral Chain has broken the 1 million sold mark, which is a major achievement for a new IP. There's no doubt both Nintendo and Platinum are quite happy about the game's success so far. 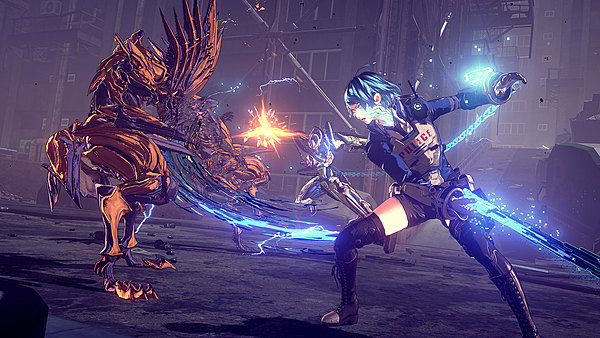 In its latest financial report, Nintendo revealed that Astral Chain managed to move just over a million copies since launch. That's much better than most people excited for the game. Looks like all that promotion and critical praise did the trick!

To celebrate the game's milestone, director Takahisa Taura took to Twitter to thank fans for the support. He shared a quick and simple message that reads, "Astral Chain is on the million seller list...thank you very much!"

The Smash Bros. Ultimate "Chain the Future to Spirits" event is now live! If you want to see some footage showing what the event is all about, you can check out the gameplay above. It'll help you prepare for when you jump in this weekend!

A warm welcome from Switch owners
07 January, 2020 by rawmeatcowboy | Comments: 9 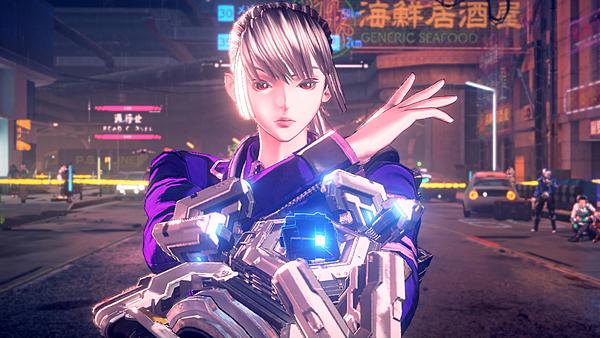 The latest issue of Famitsu contains an interview with Takahisa Taura, the director of Astral Chain. In that interview, we learn at least one great tidbit about how Astral Chain was received. While specific sales data wasn't shared, Takahisa Taura was happy to share that the game's sales have surpassed PlatinumGames' expectations. Hopefully that means good things for the brand going forward. I'm sure quite a few people would love to see a sequel announced!

Switch "Something for Everyone" commercial

Nintendo Switch has something for everyone.

No monkeying around
29 October, 2019 by rawmeatcowboy | Comments: 1 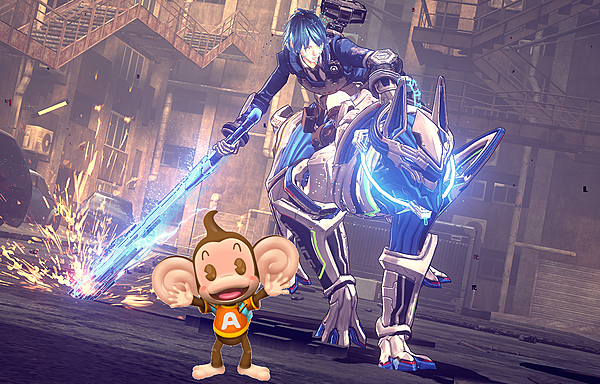 Super Monkey Ball: Banana Blitz HD is now available, and SEGA's team are making the internet rounds with various interviews about the title. In an interview with The Hollywood Reporter, game director and producer Masao Shirosaki covers all sorts of details on the game, but it's a snippet at the end of the interview that's particularly noteworthy. When asked about games that have impressed him this year, Shirosaki was quick to mention a Switch exclusive.

Another game would be Astral Chain. I played it because the director, Takahisa Taura, happens to be a former schoolmate of mine, but it was a well-made, fun, solid action game. His work inspires me to continue to improve my own.

The latest dev blog for Astral Chain dives into the finer details of the game. All the small elements that help build the game world around the player. Check out a snippet of the blog below, and then click over for the full piece.

First of all, let’s look at the minor characters who make up most of Neuron. Some of these officers play small parts in the main story, though most of what you’ll see of them comes from chatter around HQ and optional side cases. Are there any Neuron squadmates you particularly enjoyed working with? 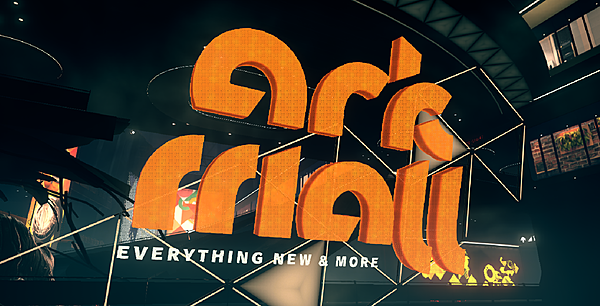 Platinum Games is back with another dev blog for Astral Chain. This latest blog is penned by Shohei Kameoka, environmental artist at PlatinumGames. Kameoka gives a look at how the team went about creating the right look for the game's holograms. Check out a snippet of the blog below, and then click over for the full piece!

One of the most appealing parts of ASTRAL CHAIN is its urban, near-future sci-fi setting. Nothing says “near-future city” like holograms, right? And if you want your holograms to look good, you’ve got to keep them moving! To create those hologram animations, I made heavy use of a technique called “UV Animation.” UV animation is a well-worn technique at this point, but that doesn’t mean it isn’t versatile! In this blog, I’d like to show off a few of its uses in ASTRAL CHAIN. 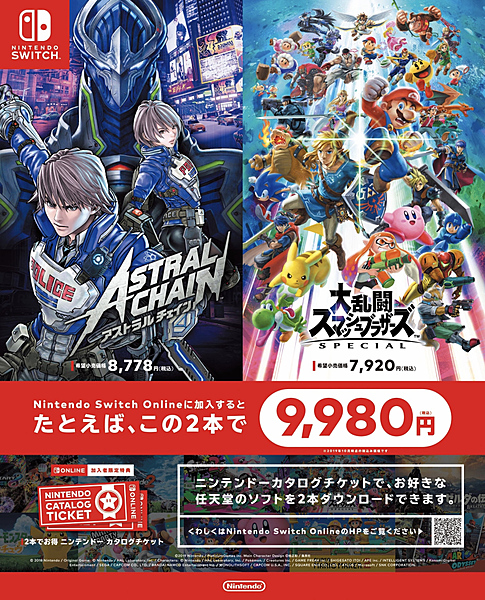 Nintendo's latest print ad in Famitsu is a pretty unique one. It features Astral Chain and Smash Bros. Ultimate in order to promote the Nintendo Catalog Ticket, which we know as the Switch game vouchers. If only we still had the option to get that voucher here in the states!

The few survivors of a massive global disaster gather together in a futuristic megacity. Now it’s your job to protect them against otherworldly invaders–but you’re not alone as a member of a special police task force equipped with sentient armaments called Legions. In this brand-new action game from PlatinumGames, control the protagonist and a Legion simultaneously to chain stylish combos. Change Legions on the fly to vary your style and unleash a variety of abilities. The last remnants of humanity depend on you, and to save the world, you must investigate its dark side