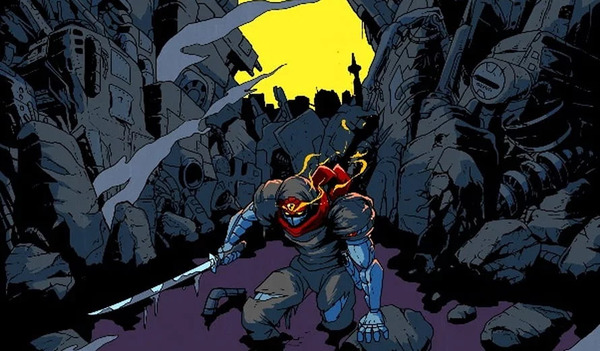 Yacht Club recently revealed that they're teaming with developer MekaSkull to releasing Cyber Shadow on Switch. MekaSkull has been working on this game for 5+ years, and had zero intentions of working with a publisher to trumpet the release. Obviously something changed along the way, but it wasn't easy.

In an interview with Dtoid, Yacht Club explains how they were extremely persistent in wooing MekaSkull. It took a lot of time and convincing, but eventually the two teamed up to the benefit of all.

"...(MekaSkull) had no intention of grabbing a publisher, but we just kept trying to coax him into joining our little family, and here he is. ...Bringing more notoriety to the game has been cool, but I feel like we're just letting it show for itself. It was already cool. That's why we went after it to begin with... and initially, he did say no, but we managed to convince him over time that it was a good idea... working together, we built a trust. You have to allow yourself to be vulnerable, just like Cyber Shadow... You only get three hit[point]s, at least for the demo."

Cyber Shadow's developer thought he might never finish the game 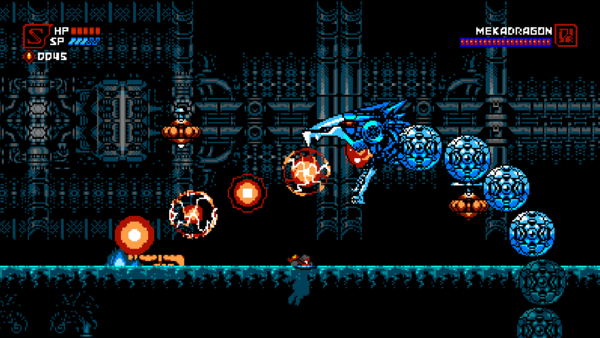 Aarne “MekaSkull” Hunziker is on Cloud 9 right now. He's teamed up with Yacht Club to release Cyber Shadow, a love-letter to all sorts of 8-bit gaming. The collaboration with Yacht Club is what helped to make the game a reality, as it sounds like MekaSkull was struggling to piece things together.

We're glad Yacht Club swooped in to help, because Cyber Shadow is looking absolutely fantastic. Hopefully we get to learn even more soon!

Cyber Shadow - another round of gameplay

The world has been taken over by synthetic lifeforms. A desperate plea for help sets Shadow on a journey to uncover what started the path to perpetual ruin. Slash through the techno hordes, leap past traps, and nimbly navigate the ruins of Mekacity in Cyber Shadow.

We’re very proud to announce Cyber Shadow, the newest project from Yacht Club Games. Developed over the last decade by Aarne “MekaSkull” Hunziker , Cyber Shadow has spent more than a year being polished under our watchful eye, and it’s shaping up to be what we believe is the next quintessential Ninja Action game!

The world has been taken over by synthetic lifeforms. A desperate plea for help sets Shadow on a journey to uncover what started the path to perpetual ruin. Slash through the techno hordes, leap past traps, and nimbly navigate the ruins of Mekacity in Cyber Shadow.

Take down more than a dozen apocalyptic bosses, from enormous war machines to your synthetic clan rivals.

Relive the authenticity of classic 8-bit challenge or experience it for the first time.. with an added convenience or two.

Rescue your clan to unlock permanent Ninjutsu skills and abilities, combining them seamlessly as only the warrior of legend could.

Search for secrets as you explore the ruined world. Return to your old haunts to find supplies, items and upgrades.

Experience the gripping story, told both in-game and through animated cinematic story scenes between the action. Who can be trusted? How far will Shadow go to protect his clan and the one he loves?

Why Cyber Shadow? What is Yacht Club’s role?

We reached out to Aarne two years ago about being involved with Cyber Shadow. He’d been developing it on his own for years with no intention of going with a publisher – but YCG was the only team he’d ever consider to help him hone his creation. Aarne described Cyber Shadow to us as an NES-style game that had the level design principles of Mario, the skills and action of Ninja Gaiden, the enemy designs of Contra, and the dark visual aesthetic of Batman. What we played was a brilliantly elevated take on classic ninja action. After 6 years and 5 Shovel Knight games, YCG has become associated with authentic 8-bit fun, and we were confident we could use our experience and expertise to take Cyber Shadow to the next level. Shovel Knight and Cyber Shadow are both destined to present the trials of NES games without the tribulations!

In this way, the game became a bit of a codevelopment. YCG is handling the marketing, porting, business side, and typical roles of a publisher so Aarne can focus on the core game development. Additionally, we’re also deeply involved in giving design feedback, imparting our lessons from developing the Shovel Knight saga so Aarne can create the best version of his game possible.

As we polish Cyber Shadow, the gameplay, action, and set pieces continue to come together in exciting new ways. Will think this will be a game that’s really special, and we can’t wait for everyone to give it a try!