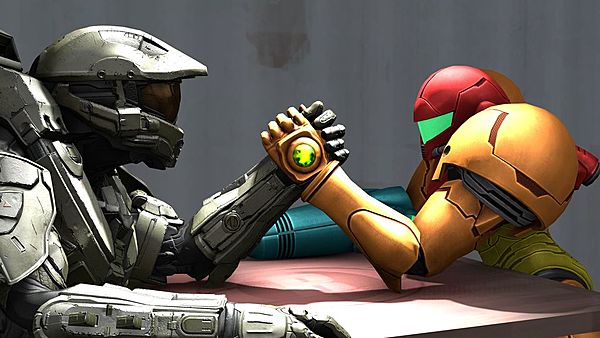 Work on Metroid Prime 4 continues at Retro Studios, and the team has brought in a rather interesting new hire to keep the ball rolling. Now part of Retro's team is veteran Halo creative Kyle Hefley, who is now the studio's lead character artist. Hefley has worked on Call of Duty and Sleeping Dogs, but most importantly, he served as the senior character modeler for Halo 4, Halo 5 and the upcoming Halo Infinite. Seems like he'll be quite a good fit for the Metroid universe!

Thanks to Dondom95 for the heads up!
Submitted by: dondom95
Source: Link
Rating: 5

More than half of the core team that worked on Metroid Prime 3: Corruption still hold positions at Retro

The last developers are in captivity
13 August, 2019 by rawmeatcowboy | Comments: 11 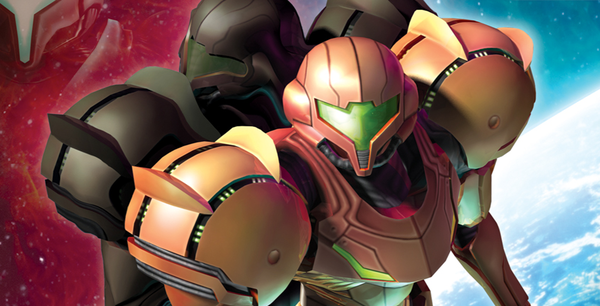 After a false start, we now know that Retro is tackling Metroid Prime 4 for Switch. Tons of fans were happy to hear this, but just who is still a part of Retro that has any ties to the previous Metroid Prime games? A bit of research by VideoGamesChronicle shows that roughly 50 people made up the core team for Metroid Prime 3: Corruption, and of that team, 27 remain at employed at Retro. Diving a bit deeper, 5 of Metroid Prime 3’s 11 designers are still part of the team.

If you go all the way back to the first Metroid Prime, we see that less than 10 members of the 40+ team still hold a position at Retro as of today.

Obviously, we don't know who at Retro is tackling Metroid Prime 4, and if any of the devs with experience from the previous entries are tied to the upcoming project. With that said, Retro rarely makes missteps, so I think it's safe to say that the game is in good hands. 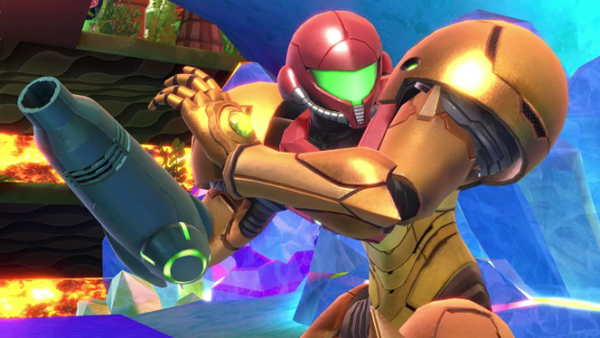 Nintendo didn't make a peep about Metroid Prime 4 at this year's E3. We know the game restarted development from scratch with Retro at the helm, and it can't be all that far along. Still, wasn't there anything to share about the game at all? Eurogamer asked Nintendo's Kensuke Tanabe about Samus' next adventure, and you can see the exchange below.

EG: Mr. Tanabe I can't not ask you about a certain other project you're working on - Metroid Prime 4. We haven't seen anything of it at all this E3. Do you have an update for fans waiting patiently for it?

Tanabe: I shouldn't say, it's a little tricky... To be completely honest, at this E3 I just want people to pay attention to Luigi. If I mention something about Metroid Prime 4, people will focus on that. But when the time comes, I am so ready to talk about it!

Thanks to KingBroly for the heads up!
Submitted by: kingbroly
Rating: 2 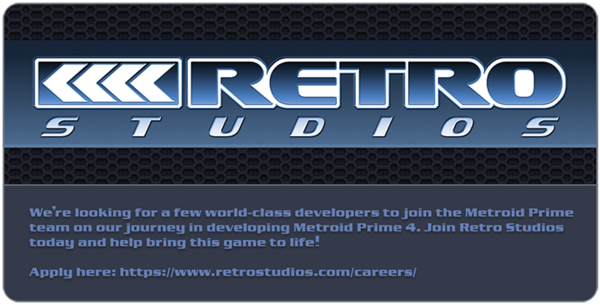 Retro Studios has just posted about numerous job openings at their company, and it looks like they're interested in bringing in a bunch of people. Among the listings, there are multiple positions for lead devs. Check out the full rundown of jobs below.

With Retro looking to fill all these roles, it looks like we might be in for quite a wait with Metroid Prime 4. Thanks to Andreslop24 for the heads up!