The Witcher continues to be the biggest streaming show worldwide

Viewers haven't switched from the Witcher
17 February, 2020 by rawmeatcowboy | Comments: 0

The Witcher may have come out in December, but people around the world are still showing it a lot of love in mid February. Data firm Parrot Analytics has shared data from Jan. 14th to Feb. 12th, 2020, and it shows that Witcher is atop all other streaming shows on all services.

According to the report, Witcher is still the most in-demand TV series globally across all platforms. It took that top spot from The Mandalorian when it launched, and hasn't given it up since. The show has seen a bit of a slip in the US specifically, dropping to third overall, but it still heads the pack when you look at the global perspective. 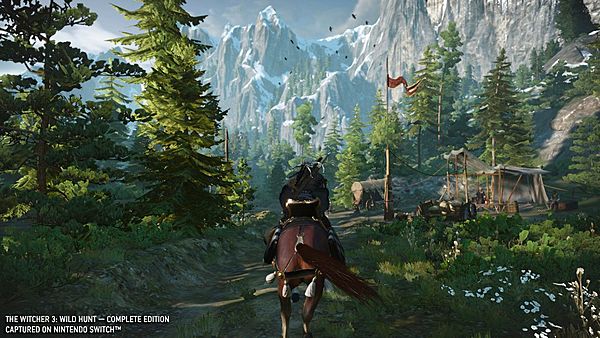 Netflix's Witcher series has been a hit in a number of ways, and that success has boosted all things Witcher. According to NPD analyst Sartori Bernbeck, Netflix's series manage to cause quite a bump in Witcher 3 game sales in Dec. 2019.

“The Witcher 3: Wild Hunt was ported to the Nintendo Switch console in October 2019, just before the Netflix series premiered. These combined factors caused the game to have a strong surge in sales during Q4 2019. U.S. December physical sales for the game were 554% higher than December 2018. [And it was] still 63% higher even when excluding the Nintendo Switch platform.”

In other words, the Switch release of Witcher 3 certainly did its fair share to lift those numbers, but the influence from Netflix's series helped sales for Witcher 3 rise in general.

Perfect for frisking at the airport
11 February, 2020 by rawmeatcowboy | Comments: 1 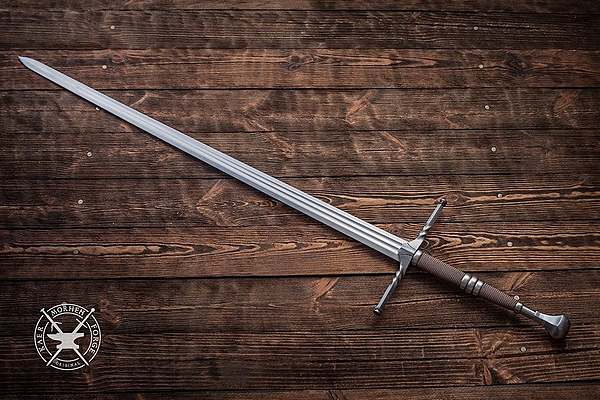 The gang at Kaer Morhen Forge are obviously big fans of the Witcher series, which is why they're crafting some amazing pieces from the book/show/game series. You can get yourself some custom Witcher swords, as well as other accessories from the series, so long as you're willing to pay a commission. Depending on what model sword you want, you could be spending anywhere from $440 to $1,000. You can check out the catalog of swords here.

With a modified Switch in hand, the doors blow wide open when it comes to squeezing more from its games library. The Witcher 3 benefits in many ways - solving many of the gripes we experienced in the base game. Now we can overclock the system to hit higher frame-rates, and even apply user-made mods to boost image quality and visuals. But at what cost?

Grab a pulp-style poster for The Witcher 3 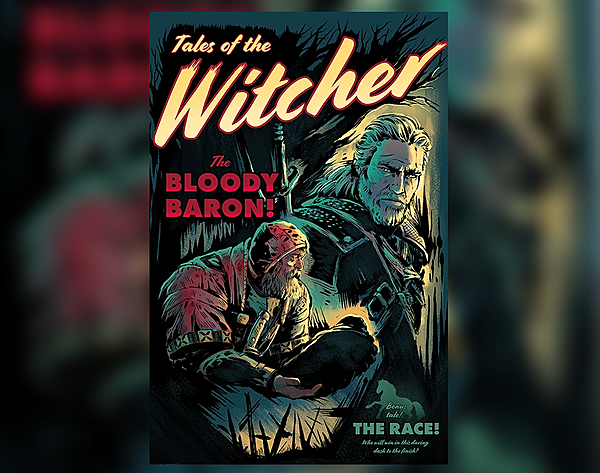 We've featured the art of Gibbs Rainock numerous times in the past, and now we have reason to do so again. Rainock has turned his focus to the world of the Witcher by creating an absolutely gorgeous pulp-style poster for The Witcher 3. If you like what you see, you can grab one of these prints for yourself from Rainock's official shop. Depending on the size, you can get a print for $15 to $47. Check out your options here.

The Bronx Zoo names one of their Madagascar hissing cockroaches 'Horse' in honor of Geralt's horse, Roach 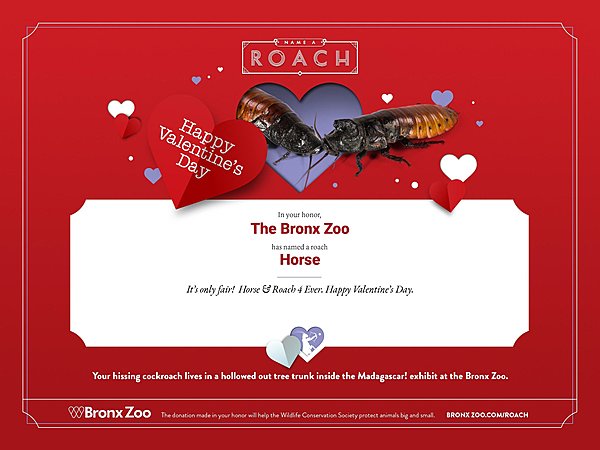 It looks like the Bronx Zoo has some Witcher fans on its staff. The zoo has a program that lets people spend a small amount of money to name one of their many Madagascar hissing cockroaches, but this time around, the Zoo itself decided to have some fun with the naming process.

In honor of Geralt's horse "Roach," the Bronx Zoo has named one of the roaches "Horse" as a pun. They're making the name official on Valentine's Day, just to drive home their love for their roaches, as well as Roach the horse. It's all for a bit of fun, but it's also a smart way to spread the word on what the Zoo has to offer! 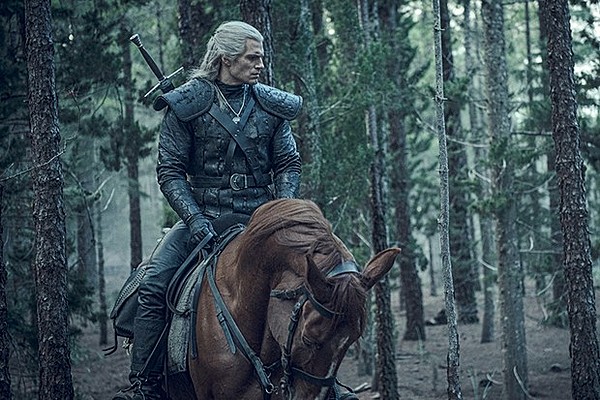 We've heard countless times that Netflix's Witcher series was inspired by the literature that birthed the series, and now the games that followed. That doesn't mean the games didn't have any influence though. In an interview with Writer Experience, showrunner Lauren S. Hissrich reveals what inspiration she took from the game series.

"You know, when I first - I'm not a gamer myself, but when I first took on the project, I found a friend of mine, Matt Owens, who is a huge gamer and I basically insisted that he let me play," said Hissrich. "And then very quickly, I realized I stopped. So I watched him play and drank some beers. And I took in the visuals of the world. And what I will say is that, that's probably the biggest thing I took from the game.

Oftentimes people think of fantasy as really dirty and gritty and horrible and everything's dark. And the truth is, The Witcher actually has a lot of color, has a lot of life, has a lot of everything to it. So that's something I saw on the game, I saw just how beautiful the world could be. And to me, what a great balance for fantasy because this is real life, right? Even in tragedy and real life, the sun still rises, and it sets and that can still be beautiful, even if there's a war going on next door. So that's something that we took. And also, I think there's a lot of sort of, there's a lot of little easter eggs in the show, that are basically just there to say to video gamers, we see you, we know you're here too. And we know that you love The Witcher and you know, not just because of the book. So we just want to throw out a little things to you as well."

The cast of Netflix's Witcher series talks about trouble pronouncing some of the characters' names, and more

There are some rather difficult names
02 February, 2020 by rawmeatcowboy | Comments: 0

The Witcher has turned out to be a mega hit for Netflix, and Season 2 is just about to start filming. Before the shoot gets underway, Radio 1's Ali Plumb had a chance to talk with Henry Cavill (Geralt), Freya Allan (Ciri) and Anya Chalotra (Yennefer) about the show. The three talk about character voices, the games, books, tough names to pronounce, and much more. Check out the interview above to see it all.

The Witcher: Nightmare of the Wolf seems to focus on Vesemir 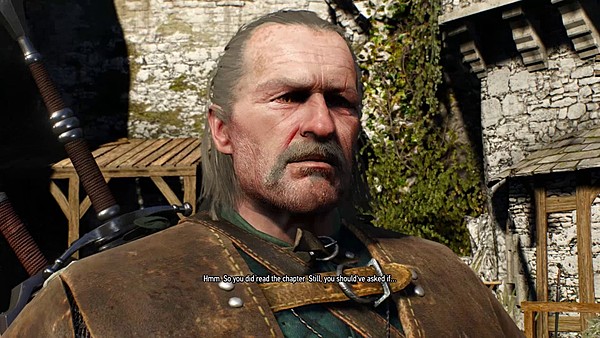 Longstanding rumors of a Witcher animated feature were confirmed by Netflix last week. We know that they're currently working on The Witcher: Nightmare of the Wolf, which will include some talent from the live-action Witcher series Netflix is also running. While story details on the animated project are light, we do have an official blurb to go on.

"Long before mentoring Geralt, Vesemir begins his own journey as a witcher after the mysterious Deglan claims him through the Law of Surprise."

This blurb certainly makes it seem like Vesemir will be the focus of the animation. Hopefully we get some art or a teaser trailer soon that confirms this speculation.

The Witcher author has not played the game adaptations

Seems like he has zero interest
27 January, 2020 by rawmeatcowboy | Comments: 9 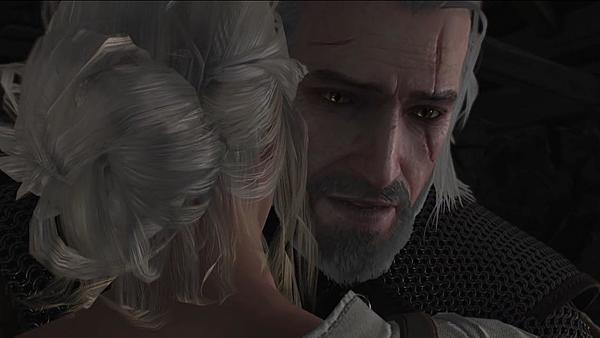 Andrzej Sapkowski, the author of The Witcher series, is a very matter-of-fact man. He doesn't beat around the bush when doing interviews, which comes across as both biting and refreshing at the same time. In a recent interview with io9, Sapkowski was asked about how the Witcher TV show compares to the video games. Check out his response below.

I cannot compare anything to video games, because I have never played any. Since I was a kid I haven’t played any games—with a possible exception of bridge and poker. Video games are simply not for me, I prefer books as entertainment. Anyway, in my opinion TV series and video games—any of them—cannot be compared. They are too different in approach, making—and objective. You cannot compare spaghetti carbonara with a bicycle. Even though both have advantages and disadvantages.

GoNintendo Thought: The April Fools' Day joke that hurt the most
Apr 02, 08:11 by lanquin
Pokemon Sword and Shield competitive play is being ruined by a new exploit
Apr 02, 06:47 by smasher89
One Piece: Pirate Warriors 4 debuts to the series' lowest sales in Japan
Apr 02, 06:30 by cestri Apr 02, 04:14 by ninjinister
Animal Crossing: New Horizons updated to Version 1.1.2
Apr 02, 03:24 by kingbroly
GameStop was accidentally selling Animal Crossing: New Horizons and other first-party Switch titles for 50% off
Apr 02, 02:16 by zombie aladdin