Digging deep in the NES library
13 January, 2021 by rawmeatcowboy | Comments: 0

Jeremy Parish's NES Works series continues on, giving us a great look back at the many, many games that came to the NES. In today's feature, we get a detailed breakdown of both Dragon Power and Ikari Warriors II. Not the most amazing NES games, but still very worthy of a feature. 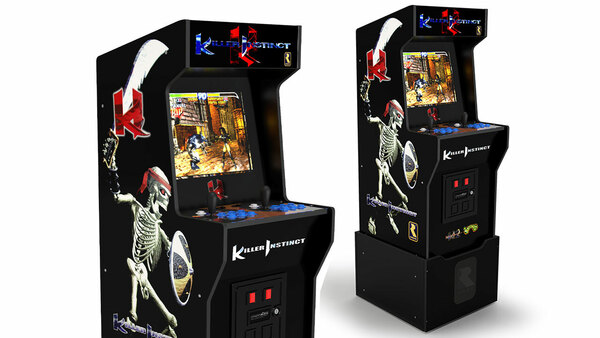 While Nintendo and RARE split long ago, the history between the two will live on forever. To this day, we still see reasons to remember RARE, like new Donkey Kong Country games, and the inclusion of Banjo and Kazooie in Smash Bros. Ultimate. For those who love to relive the RARE nostalgia, another fantastic option is on the way.

Arcade1up has revealed a slew of new cabinets, and one of them is a RARE fan's dream come true. This cabinet is decorated with Killer Instinct art, but there's more hiding in there than that. Packed inside is Killer Instinct 1 and 2, the arcade version of Battletoads, and Battletoads & Double Dragon. All classic titles/franchises that fans of the NES, SNES, and N64 will remember quite fondly. It even includes online multiplayer!

We don't have info on pricing or release date just yet, but we'll be sure to bring you those details when they become available. 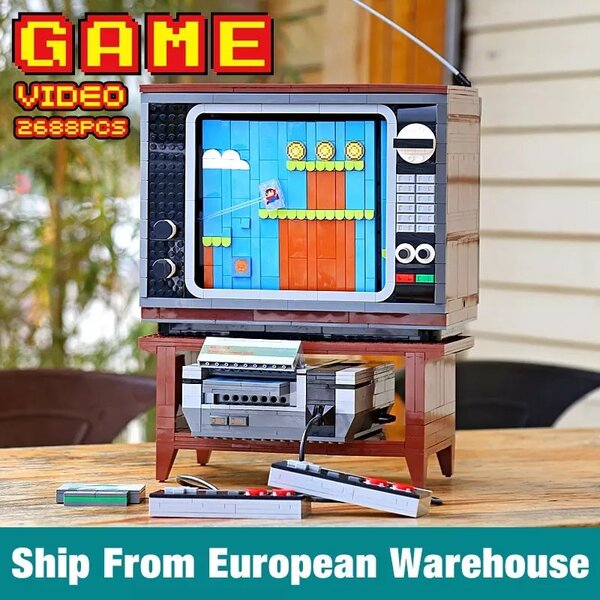 Nintendo and LEGO teamed up on a number of products last year, including the LEGO NES. The official product is quite pricey, coming in at over $200. That's why it's not surprising to see knock-off companies come out to offer their own versions.

As you can see above, some random company has put their own spin on LEGO's design by ripping it off. It's nowhere near as nice, but it gets the point across. There's even something a little charming about how wonky it is. There are even other versions that feature Contra and Duck Hunt on the screen. You can check those out here. 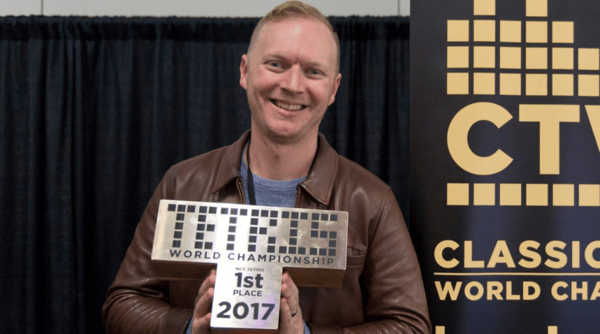 We're very sad to report that Jonas Neubauer, a multi-time Classic Tetris World Champion, has passed away. Jonas was about as big as it gets in the CTWC scene, having won the title 7 times in his career. Unfortunately, Jonas is no longer with us, as he was taken by a sudden medical emergency. Our hearts go out to Jonas, his family, friends, and millions of fans.

Thanks to JJtheTexan and Andreslop24 for sharing this info.
Submitted by: jjthetexan
Source: Link
Rating: 0 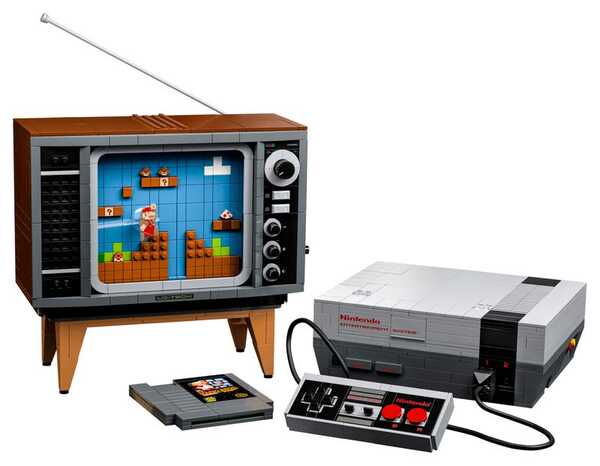 The NES Omnibus: The Nintendo Entertainment System and Its Games, Volume 1 (A–L) available to order

A must-have for retro enthusiasts
29 December, 2020 by rawmeatcowboy | Comments: 2 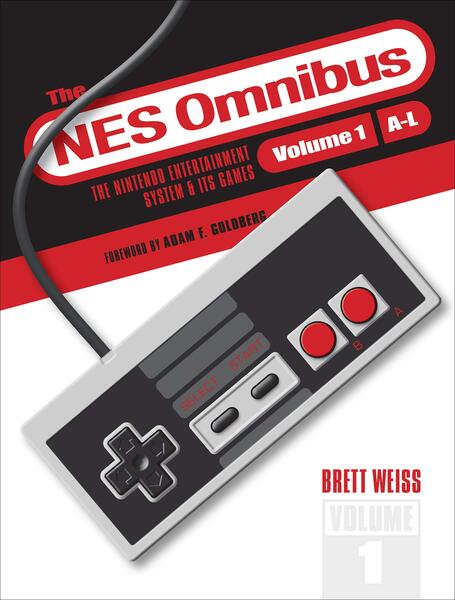 The NES Omnibus: Vol. 1 turned to Kickstarter to get funded, and it hit its goal easily. For those who missed out on the Kickstarter, you can now snag a copy straight from the author's website. If you need a recap on everything in this book, check out the rundown below.

Featuring a 1200-word foreword by The Goldbergs creator Adam F. Goldberg, The NES Omnibus: The Nintendo Entertainment System and Its Games, Vol. 1 (A-L) by gaming historian Brett Weiss covers the first half of the NES library in exhaustive and engaging detail: every U.S. release from A to L.

More than 350 games are featured, including such iconic titles as Castlevania, Donkey Kong, Double Dragon, Duck Hunt, Final Fantasy, and The Legend of Zelda. Each game, whether obscure or mainstream, is given the spotlight. In addition to thorough gameplay descriptions, the book includes reviews, memories, historical data, quotes from vintage magazines, and, best of all, nostalgic stories about many of the games from programmers, authors, YouTube celebs, and other industry insiders. The book also features more than 2,000 full-color images, including box art, screenshots, and vintage ads.

Just a tad too late for stocking stuffers
26 December, 2020 by rawmeatcowboy | Comments: 0 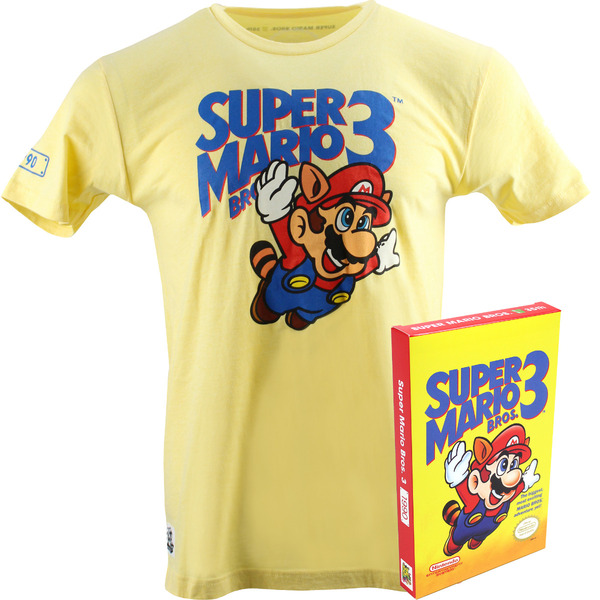 Nintendo's online store might not be the first place you think to go for great Nintendo merch, but they have up an interesting selection of t-shirts right now.

The shirts are based on various Mario titles throughout the years, as they're part of the Super Mario Bros. 35th Anniversary celebration. Even better, the shirts come in replica game boxes! There are 5 different options for $35 each. You can check out the entire selection here.

Nintendo fans decorate their house with an NES and Super Mario Bros. 3 for Christmas

Now you're decorating with POWER!
25 December, 2020 by rawmeatcowboy | Comments: 2

People love to go all out on Christmas decorations for their houses, but I don't think we've ever seen anything like this.

One family was looking to do something a little different with their decorations for Christmas, so they decided to go with a Nintendo theme. They transformed the front of their house into a giant NES, along with a TV showing Super Mario Bros. 3. Obviously it's been a huge attraction in the neighborhood, with people coming from all over to check it out in person.

Now you have to wonder what the family's going to do for next year to top this!

Wishing you a Meli Kalikimaka this week, despite my rage over a bad game about wood and water. Thankfully, we have Rare to infuse a little holiday gratitude into the season with a very good, very fun, and very inventive take on racing: R.C. Pro-Am. It doesn't erase the nothing of a game that is T&C Surf Designs: Wood & Water Rage from existence, but it does at least provide balance in the Force or whatever.