A new image for the Monster Hunter movie has been shared, and it shows Milla Jovovich doing her thing with the Dual Blades. In an interview with Empire, both Jovovich and director Paul WS Anderson share some details on the decision to include this weapon.

“I wrote the role of Artemis for Milla as the avatar for the player, so she could be a grounded, relatable real-world character who is fresh to the world of Monster Hunter. Although Milla’s character’s not specifically in the game, she chose the same armour and weapons she uses in the game, so there were aspects of her game character that got folded into the movie representation.” - Paul WS Anderson

“I experimented with different weapons during the game and was able to kill more monsters with those blades,” says Jovovich. “I thought they’d look really beautiful in an action sequence.” - Milla Jovovich

Capcom says there are no plans for Monster Hunter World on Switch, teases next game without mentioning platforms 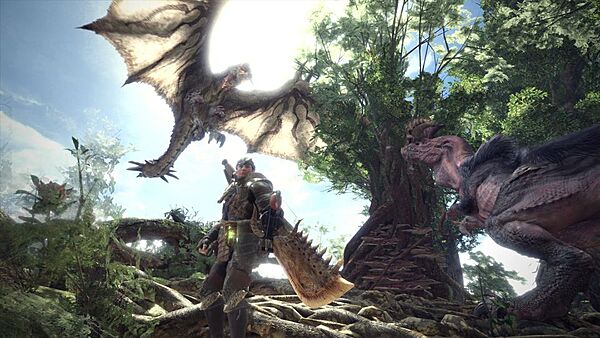 After that, Capcom was asked about a Monster Hunter title that was aimed at middle school/high school kids, similar to what was available for the PSP years ago. The team did confirm that they have plans for something like that, but didn't mention any platforms in particular.

Thanks to Dondom95 for the heads up!
Submitted by: dondom95
Source: Link
Rating: -2

One new still released for the upcoming Monster Hunter movie

Our latest look at the adaptation
10 June, 2020 by rawmeatcowboy | Comments: 0 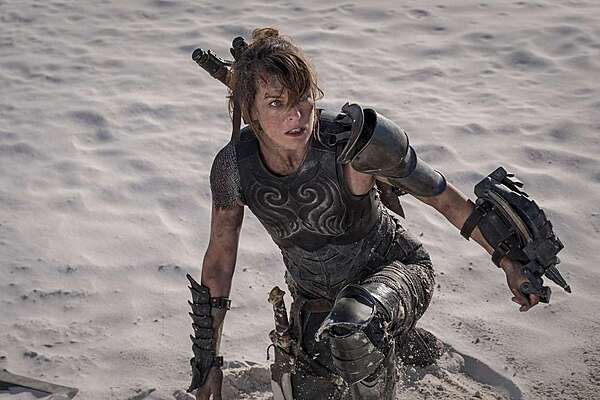 It's been quite awhile since we've heard anything about the upcoming Monster Hunter movie. While we're still waiting for a trailer, today we have a new still from the film to check out.

The new shot features Milla Jovovich as Lieutenant Artemis, and she's carrying a Slinger with her. Slingers are used by Research Commission hunters as a multi-purpose tool. 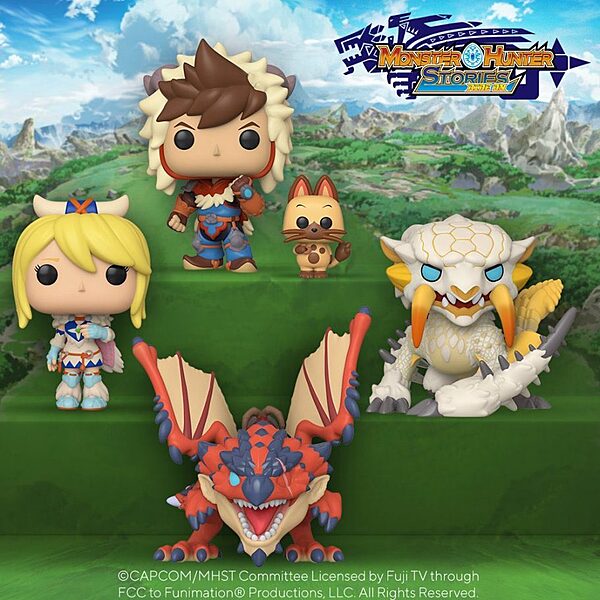 Capcom didn't have much success with the original release of Monster Hunter Stories on the 3DS. The game didn't exactly light up the sales charts, and the accompanying anime in Japan was short-lived. With that said, the game recently saw a bit of attention in Japan as it released for mobile devices, and now fans around the world will be able to enjoy a new bit of merchandise.

Funko has revealed a series of 4 Monster Hunter Stories Pop! figurines. The lineup includes Lute & Navirou, Ratha, Avinia, and Frostfang. As of right now, no release date or pricing information is available for these figurines. 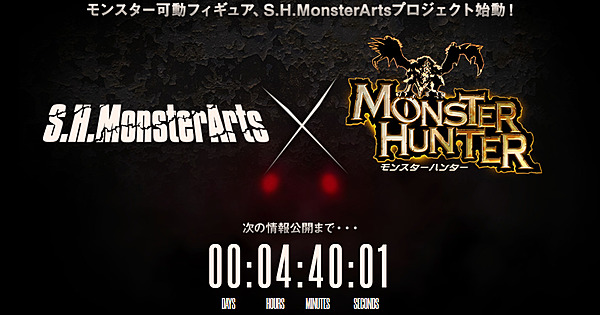 Monster Hunter fans will have reason to make some shelf space soon, as a collaboration with Bandai has been announced. Bandai S.H.MonsterArts Monster Hunter figurines are going to revealed on March 19th, 2020, and while we don't know what monsters will be given the figurine treatment, we do know that they'll be poseable. 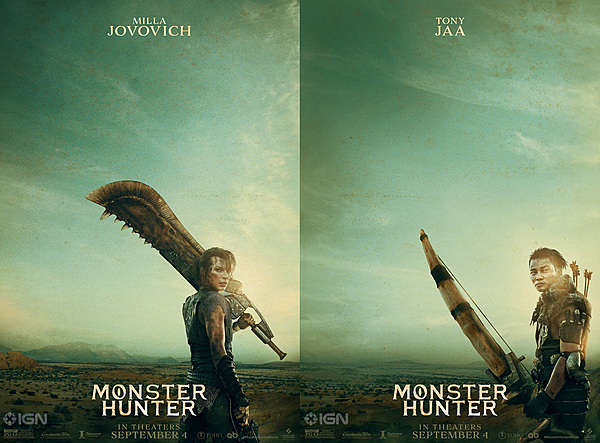 Monster Hunter became quite the success in Japan early on, but it took a very long time for the franchise to find its footing in the rest of the world. Not as long as Fire Emblem, but certainly years upon years. Now Monster Hunter is a worldwide success, and a movie is in the works to cash in on that popularity.

The film, which is being directed by Paul W.S. Anderson, starts Milla Jovovich and Tony Jaa in lead roles. The first two posters for the movie have come out, and those actors are the focus of each. There's not much to go on in the posters, but at least there's big weapons!

All parties involved with the Dragalia Lost x Monster Hunter collab are pushing hard to spread the word on the content. In Japan, a new commercial has been released to trumpet the tie-in. Check out the 15-second spot above.

Rathalos terrorizes the world of Dragalia Lost in a special event

The collab we've been waiting for
29 January, 2020 by rawmeatcowboy | Comments: 0 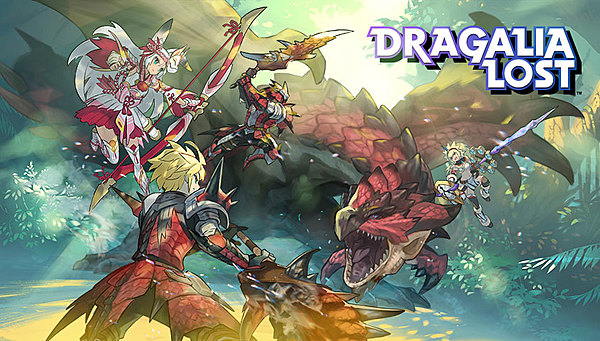 Hunting season opens in the Dragalia Lost game as monsters from another world begin to appear!

Alongside new allies from the Soaratorium, the Prince must stand against the impending threat, and fight as a team when confronted by Rathalos, King of the Skies.

The time has come for the prince and friends to test their hunting instincts!

Inspired by the Monster Hunter series

You can get the 5★ dragon Rathalos and event-exclusive wyrmprints by performing blazon summons. You can also get event-exclusive weapons from the Treasure Trade that do increased damage to enemies in event quests. Smashing! What’s more, there is a stamina recovery item you can only get during this event: well-done steak! The miracle of food preservation means you’ll be able to use well-done steaks even after the event has ended.

In this event’s Boss Battle, you can attack separate parts of the boss enemy. Attacking these parts and demolishing them will fill your dragon gauge. Plus, collect otherworld fragments from the boss battle and use them to challenge the raid boss to get in-game rewards.

Raid battles bring new strategies to the fight, which Monster Hunter fans might find familiar! Notte can blow the Demon Horn and apply a strength buff to your team, which can also be upgraded with a rare raid boost. Place mega barrel bombs that can deal big damage to enemies (and won’t hurt your allies). Do enough damage to parts on the raid boss to trigger the yellow stagger gauge—creating the perfect opportunity to strike!

Hunt alone or with a partner in Trials

Bring your best to take on Trials, high-difficulty quests that pit you against powerful foes. Some Trials quests will have you facing off against two boss enemies at the same time, and defeating one of them will power up the remaining one. Trials come in both solo and co-op variations, with co-op unlocking for each quest once you clear it on solo. The co-op versions of the quests are only available at certain times, and you will not be able to challenge the quests unless they are available, even if you have met the requirements for co-op.

Thank you for playing the Dragalia Lost game!

The Dragalia Lost x Monster Hunter crossover is almost here! The event is entitled 'Primal Crisis,' and it kicks off Jan. 28th, 2020. You'll have until Feb. 16th, 2020 to enjoy the new weapons, monsters, and more.

We played with the previously announced Rathalos, and we can't wait for you to play too! We will release a trailer including various screens from the game on Jan. 23! We'll also share information about when the event starts! #DragaliaLost #MonsterHunter pic.twitter.com/u4eJYaOY4q

Eager to get another look at the upcoming Monster Hunter content in Dragalia Lost? You won't have to wait too long, as a trailer featuring some of the crossover action will be released on Jan. 23rd, 2020. We'll get a look at what the mash-up has to offer, and learn about when we'll all be able to give it a shot ourselves.