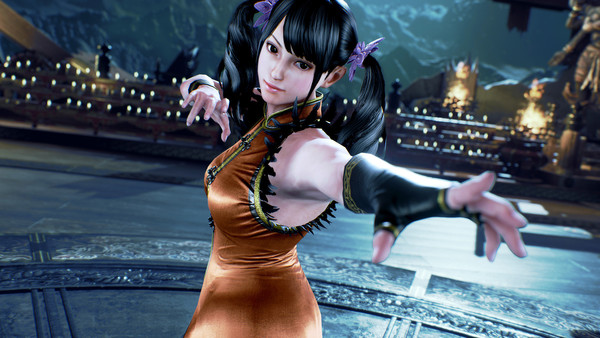 Would you like to see Tekken 7 come to the Switch? If so, now's the time to speak up and let Bandai Namco know. Tekken 7 producer Katsuhiro Harada has said that if Tekken 7 were going to come to Switch, it would be spurred on by fans asking for a port. In other words, it's time to band together and start making a ruckus!

Thanks to Sligeach_eire for the heads up
Submitted by: sligeach_eire
Source: Link
Rating: -9

No plans for Tekken 7 on Switch right now, but that could change if fans show interest 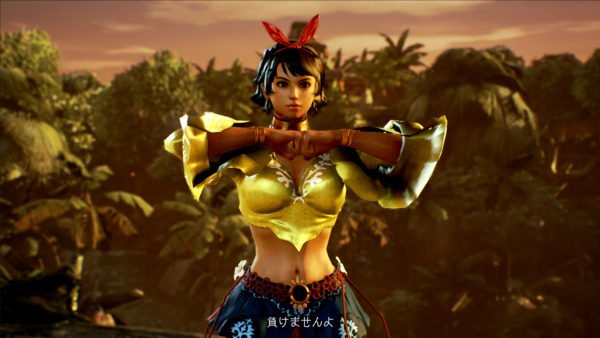 A portion of a GameSpot interview with Tekken producer and director Katsuhiro Harada...

GameSpot: Would that include a Nintendo Switch version?

KH: Well, you know, it's always a challenge. For example with Tekken 7, because we use Unreal Engine 4 that allows us to first bring the game to PC, something we've never done before. Unreal Engine was great because right away, we could get the graphics to a certain level quality the game was running fairly quickly. But it's not something right out of the box we can program and it's done. There are a lot of things that people don't realize, we have to reprogram on our side to make it work well with Unreal Engine. That was just for the current hardware, so you can imagine that for Switch. Especially at launch, that's something that wasn't a viable option. Some of the core components have to be handled by the engine, so I guess, as time goes on, maybe we'll see more of the adaptation of the engine to the Switch. Maybe we'll see methods to make a lighter version of the game that's easily portable to that platform. At the moment, that's not necessarily the case.

Actually, we haven't really done much research into how much it would take to do that, yet, as we're still working on trying to address certain areas of the game or to add features for the current platforms that people are interested in. So, we're not even really aware yet of how many people would actually want a Switch version of the game. We understand the appeal there, being able to take it anywhere with you, that's quite an awesome feature. But at the moment we're not in a position to do that. But like we said, we're not quite aware of how many people out there are looking for Tekken 7 on Switch. Maybe it starts by people saying, "Hey, this something that I really want." And we would go from there, but who knows? At the moment, nothing planned. Coming from a GameSpot interview with Tekken producer Katsuhiro Harada...

"Officially, we can't really comment on that because our company has strict policy about which titles we talk about for Switch, but personally, we've been so busy with trying to master up Tekken for the current platforms that we haven't really had enough time to study the hardware. We couldn't even buy it--it was sold out every time we went to look for it." Coming from a GameSpot interview with Tekken producer Katsuhiro Harada...

GS: So, no Nintendo Switch version (of Tekken 7) to reveal?

KH: We're quite surprised by the Nintendo Switch announcement; read into that what you like.

Bandai Namco and Nintendo have an absolutely great relationship right now. There was even a Tekken game at Wii U launch. At this point, I'd be surprised if something special wasn't in the works.

Tekken: A Man Called X live-action movie in the works

12 January, 2014 by rawmeatcowboy | Comments: 0
- will be a prequel to the 2010 Tekken movie
- stars Kane Kosugi as the movie's main character 'X'
- will begin filming later this month
- this is Kosugi’s first lead role in a Hollywood feature
- Prachya Pinkaew (Ong Bak) may be directing

“Tekken is one of my life’s works, and while I can’t say much here, together with the titles we were going to announce this year, I’m also working on several other titles simultaneously with Tekken. From there, I’d like to announce at least two of those titles in 2014, and I feel that it’s something I must do.

From there, there are a few titles that we’ve been quietly working on, and some we’ve been thinking about working on, so the year 2014 looks like it’ll be a tough one. Perhaps I’ll be asking readers on Twitter when I get stuck on ideas or hit a dead-end.

Actually, I’ve had to be part of way too many mysterious jobs and non-paying holiday gigs from requests like ‘please show up at this event!’ and ‘please make a surprise appearance in this video!’ even if they weren’t proper plans like those ‘let’s learn from the creator!’ type events.

For the year 2014, I’d like to focus more on my main job, so please continue supporting us… although first, I’ll be passing by New Year’s parties from other companies, and then I’ll seriously start on my main job!!”

If Tekken comes to 3DS again, it may be a card game, says series director

05 July, 2013 by rawmeatcowboy | Comments: 0
Would you like to see Tekken hit the 3DS again in the future? That's not out of the question, according to game director Katsuhiro Harada. The thing is, he would like to widen the reach of the series, which he believes would be accomplished by putting out a Tekken card battle game. There are no official plans to do this right now, but if you're hoping for a more traditional Tekken on the 3DS down the road, you might want to give up hope on that for now.