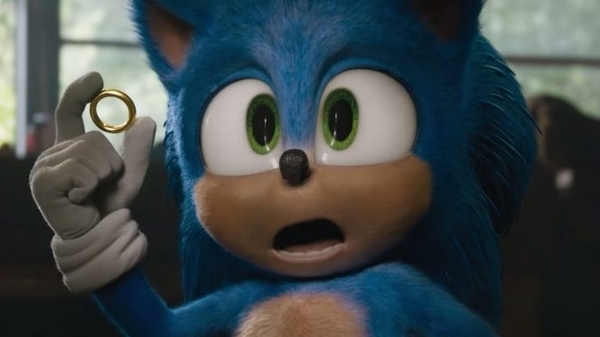 Both Amazon Prime and Hulu have added the film to their libraries, so hopefully you can enjoy the movie through one of those options. Better give it a watch now, as the sequel is speeding our way in April 2022. You never know how long these streaming platforms have the option to show specific movies either, so don't wait! 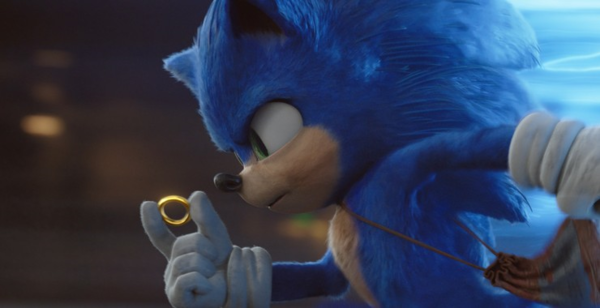 With the first Sonic movie being a hit, it's no surprise to see companies eager to get involved with the sequel. When it comes to merch, we now know that JAKKS Pacific is going to be offering a line of toys and more for the film. Check out full details on the collaboration below.

JAKKS Pacific, Inc. (NASDAQ: JAKK) today announced global toy rights with SEGA of America, Inc. for Paramount Pictures’ feature film, Sonic the Hedgehog 2. JAKKS will design, manufacture, market, and sell Sonic the Hedgehog 2 branded toy product lines based on the upcoming feature film, set for release in 2022. The agreement between JAKKS and SEGA will include rights to produce action figures, playsets, vehicles, plush toys and other collectibles. Disguise, the costume division of JAKKS Pacific, will also be designing and manufacturing costumes and accessories inspired by characters from Sonic the Hedgehog 2.

The new line of merchandise is an extension of the multi-year, global toy licensing deal SEGA of America forged with JAKKS Pacific, Inc. in 2019, which featured top-selling collectibles based on the original Sonic the Hedgehog film (2020). Items based on the first film included the Talking Sonic Plush, Sonic Baby Plush and Spin Dash Sonic playset, all of which saw a strong worldwide sales performance at retailers both in-store and online.

“Sonic the Hedgehog 2 is sure to be a runaway hit in 2022. Given the success of the first movie and performance of our current Sonic the Hedgehog product line, we are excited to continue to develop toys that follow along with Sonic’s next great movie adventure,” said Craig Drobis, Senior Vice President of Marketing at JAKKS Pacific, Inc. "JAKKS brings decades of innovative product development experience to the table and will continue to bring to life these iconic characters in a wide variety of new and unique ways for kids and fans alike.”

“We’ve seen such a great response from fans to the Sonic the Hedgehog products created by JAKKS Pacific, and we’re thrilled to continue working with them to celebrate Sonic the Hedgehog 2,” said Alex Gomez, Licensing Director at SEGA of America. “We hope that fans of the Blue Blur will see the collection as a testament of our appreciation and create memorable Sonic experiences with the products for years to come.”

JAKKS Pacific, Inc. is a leading designer, manufacturer and marketer of toys and consumer products sold throughout the world, headquartered in Santa Monica, California. JAKKS Pacific manages a broad portfolio of licensed and owned I.P. brands and products, with best sellers such as Sonic the Hedgehog action figures, plush and playsets. All products are available online or in retail stores nationwide.

Owned by JAKKS Pacific, Inc., Disguise is a world leader in design and development of inventive and cutting-edge Halloween costumes and accessories with distribution across the world. With a dedication to quality and detail, Disguise continues to own the licensed costume space with additional lines rolling out each year. Sonic the Hedgehog 2 brings an exciting cast of characters to the table, making a great fit for dress up products.

Ben Schwartz says Sonic the Hedgehog 2 starts filming soon, says no one's approached him about voicing Sonic in the games 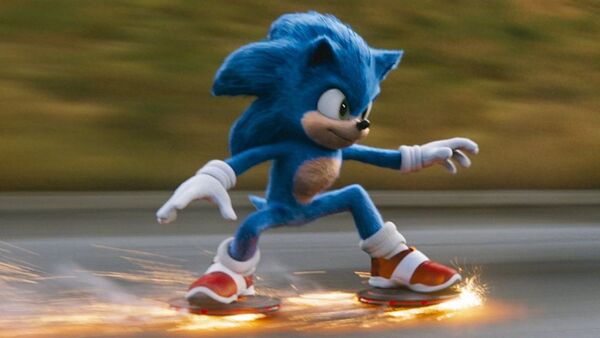 We've recently heard some rumblings that the Sonic the Hedgehog movie sequel was going to start filming soon, and in an interview with Comicbook.com, Ben Schwartz himself confirmst hat to be true.

"I know that the sequel's happening, and they're gonna start filming soon, but because I'm the voice behind a speaker, I don't know any exact dates or anything like that. But I'm excited, I read the script and it's awesome."

Along with that, people have been wondering if Schwartz is going to step into the role of Sonic for the games as well, since Roger Craig Smith is no longer lending his talents to the character. According to Schwartz, no one has asked him to take on the job yet.

"Let's all, for a second, before we even say that, Roger Craig Smith is an absolute legend. Like, his VO work, Sonic being one of them, but his career is unbelievable for a VO artist. He is so talented.

I haven't thought about it, I haven't really thought about it. The first time that it's ever come up was because Roger seems to be stepping away, so, the first time ever, people are asking me I wonder, nobody's asked me, between you and I, I haven't really answered this question yet but nobody's come up to me and said anything so my assumption is that, who knows? But I wonder. I love the world of Sonic, and I love the fan base. The fan base has been so supportive and lovely. So, I don't know. I wonder, I wonder what would happen. But as of now, nobody's had a conversation with me about any of that. But I do just want to say, that you know like, of course that whole you know, Jaleel, Ryan, all those guys are incredible, but it was incredible to be a part of that legacy and then to hear that Roger is stepping down just to say again how amazing he was."

SEGA has announced another free content update for Puyo Puyo Tetris 2, and the best part is that it launches today! You can see what's included in the update below.

Four new playable characters – Serilly, a timid mermaid, she has highly effective buff and debuff skills in her arsenal; Rafisol, a mysterious being from an unknown world hiding a hideous power with the ability to, among others, change the shape of the Tetrimino in your possession; Possessed Klug, an evil crimson spirit that has taken over Klug’s body, with a powerful skill that can set up a powerful T-Spin attack; and Yu & Rei, ghostly twins with a chilling degree of pun and trivia knowledge who have a skill that removes up to 32 pieces of incoming Garbage Puyos

New avatars – 20 fresh faces in the lineup, giving players even more options to customize their profiles

The most prestigious award there is
03 February, 2021 by rawmeatcowboy | Comments: 0 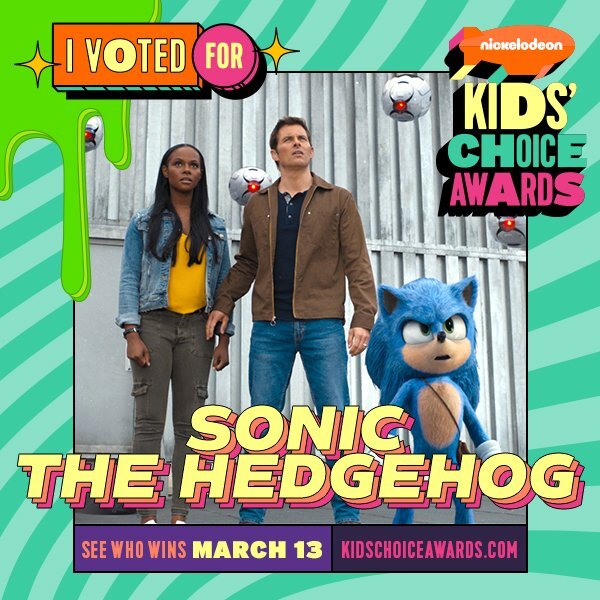 The Sonic the Hedgehog movie might not be up for any Oscars, but it's grabbed two nominations for the Nickelodeon Kids' Choice Awards this year. The film is up for Favorite Movie and along with Favorite Movie Actor, which goes to Jim Carrey. You can cast your vote here, and tune in to Nickelodeon on March 13th, 2021 to see who wins. 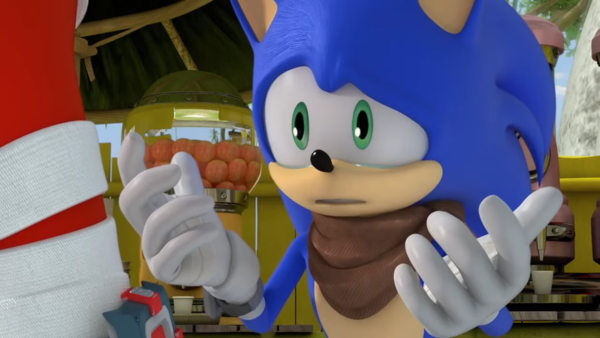 Roger Craig Smith announced a few days ago that he would no longer be providing the voice for Sonic the Hedgehog. Turns out he's not the only Sonic-related employee that's done with the franchise.

While not 100% confirmed at this time, it does seem that Sonic writers Ken Pontac and Warren Graff have moved on. Both employees had been working with the franchise since the Sonic Colors days, so they've been involved with Sonic for roughly 10 years now. Why the two have moved on remains to be explained.

The Sonic fandom in Brazil is pretty well known for being extremely dedicated. Those fans have to be losing their minds right now, as a Sonic Adventure-themed playground has been opened at a mall in Vila Velha. All ages are allowed to attend and give the playground a run-through. Cleary a ton of thought went into this playground's creation, and there's no doubt fans are having a blast.

Thanks to Jonathan for the heads up!
Source: Link
Rating: 0

As you no doubt know by now, Roger Craig Smith is no longer the voice of Sonic the Hedgehog. While we wait to see who takes on the iconic role next, Smith took to social media to share a special video with fans.

Smith was blown away by the support fans showed when the news broke, and he wanted to express his gratitude by speaking to fans directly. See what he has to say in the video above.

Puyo Puyo Tetris 2 will be updated to Version 1.1.1 sometime in early February. This seems to be a minor update, as it just fixes one issue. This patch takes care of a bug that caused Item Cards to not activate special effects during matches.

Just the other day, Puyo Puyo Tetris 2 got a content update that included Sonic the Hedgehog, Raid Bosses, and more. You can check out some of that new content in the gameplay video above.