Boundary Break - 20 Out of Bounds Mysteries in Kid Icarus Uprising

Kid Icarus: Uprising may have launched on 3DS quite some time ago, but there's still plenty of secrets hiding in the game. Many of them can't be seen through normal play! Check out the latest episode of Boundary Break to see what's hiding just out of sight from the player.

After all this time, we finally have a chance to scan in the last Kid Icarus: Uprising AR card. Created by the gang over at the Kid Icarus subreddit, you can now actually scan card 405, Medusa (Rare). This means that fans can now collect all idols without hacking their game! Go ahead and scan the recreated card below in your own game! 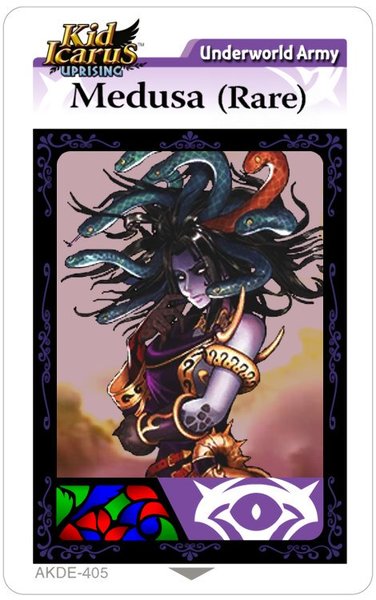 Sakurai says Kid Icarus: Uprising was close to being his most difficult project ever, explains lack of Circle Pad Pro support, and says he thinks a port isn't possible 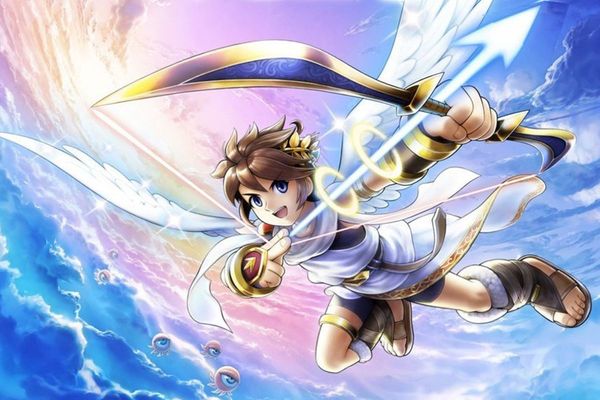 Kid Icarus: Uprising is definitely one of the most impressive games on the 3DS. It has all the attention and detail that Sakurai games usually present, and so much more. The one sticking point for a lot of people was the controls, as they weren't exactly comfortable. Many felt the game would have worked much better with Circle Pad Pro support, or better yet, a port to another platform. In an interview with EDGE, Sakurai opens up about his difficulties with the game, the lack of Circle Pad Pro support, and more.

“I could say that this was close to becoming the most difficult project in my entire career, both in terms of the team and the hardware. The team I had gathered differed greatly in culture and ways of thinking, so there was always confrontation. In addition, back when we were developing the game, we still couldn’t make full use of the power of Nintendo 3DS. Some improvements in aspects such as the middleware were made later on, but since the game was being made in the initial stages of Nintendo 3DS development, we had a really hard time doing what we wanted to. For example, I only found out that the Circle Pad Pro was going to be coming out when it was announced to the public by Nintendo. I wanted to make the game support this properly if I could, but this was impossible due to performance-related reasons. As a game in general, it’s rich in content and enjoyable, and people have even asked for a modern port. However, I don’t think this will be possible.”

You're taking a look at the Pit (Victory) AR Card for Kid Icarus: Uprising. Those very familiar with Uprising might know about this card, as it was never officially released, and was only discovered through hacking. This is card #411 out of the total #412 that were available. I don't know why Nintendo decided to showcase this card today, but there it is!

Thanks to Kolma and Andreslop24 for the heads up!
Rating: 11

12 people managed to remake a portion of the original Kid Icarus in just 7 weeks, and the results are mighty impressive. I think the team worked on this in silence in order to actually release something to the public, rather than Nintendo squashing the project before it had a chance to be released. You can try out the demo through the link below, but I imagine Nintendo will swoop in and swat it down soon. Look at them here!

Did You Know Gaming - Kid Icarus