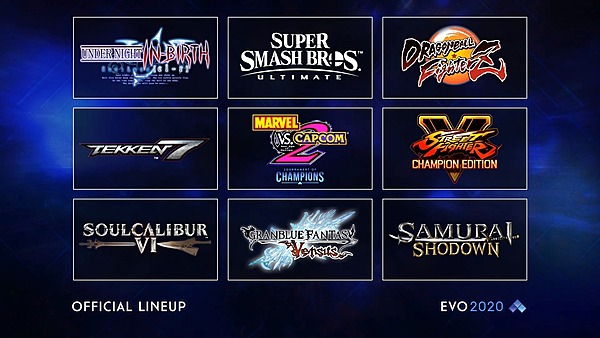 EVO 2020 is set to run from July 31st to Aug. 2nd, 2020, and there will be plenty for Switch owners to enjoy. Smash Bros. Ultimate has been confirmed as a main event title, and you can see the other games joining it below.

A bit surprising to see Mortal Kombat 11 not included this year, as a NetherRealm game has been part of the main stage action since all the way back in 2010.

Thanks to Dondom95 for the heads up!
Submitted by: dondom95
Source: Link, Link
Rating: 4 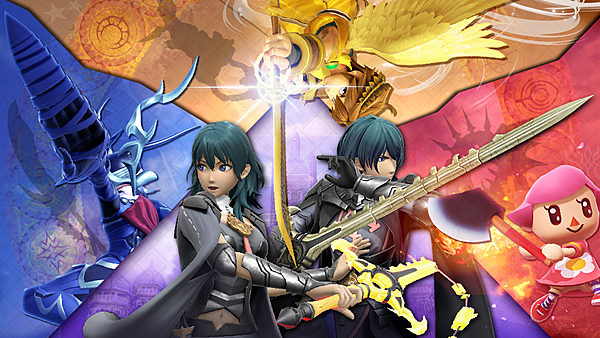 The never-ending run of Smash Bros. Ultimate tournaments continues with a new three-day tournament kicking off Feb. 7th, 2020. This time around we have a "Byleth-taught" tournament, which means you can only play as characters who have bows, spears, and axes.

Nintendo has announced a Byleth taught tournament for Super Smash Bros. Ultimate beginning this Friday (February 7, 2020) and lasting for three days featuring bow, spear, and axe users. Post to be updated with the full list of spirits.

Sakurai recalls not being able to visit Iwata in the hospital before his passing, setting out on a mission to make Smash a success

The final thoughts on Iwata from Sakurai
02 February, 2020 by rawmeatcowboy | Comments: 2 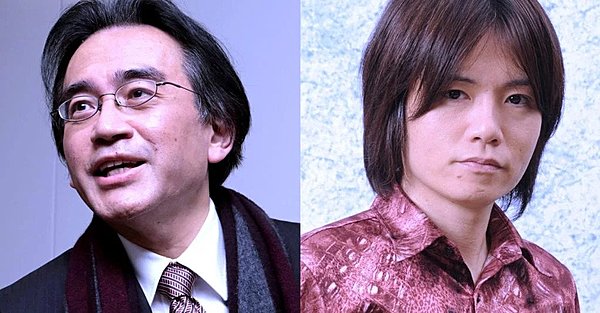 Today brings us the final excerpt featuring Masahiro Sakurai from the Iwata-san book. Once again, translations are being handled by PushDustIn. Check out the summary of this final chapter below.

Back when Iwata was admitted to the hospital, Sakurai didn't get the chance to visit. This is because Sakurai was swamped with work on Smash Bros. Wii U/3DS' DLC. When Sakurai heard the news of Iwata's passing from Takahashi Shinya, he was at home. The phone rang, and even before he picked up the phone, Sakurai knew something was wrong. He had the same feeling in his heart when he found out his grandparents passed away.

After hearing of Iwata's passing, Sakurai gave himself a mission. He wanted to make sure Smash Bros. became a true success. This personal mission came about when talk of a 'definitive' version of Smash Bros. arose during Smash Wii U/3DS DLC work. This paved the way for Smash Bros. Ultimate, which Sakurai feels completed his mission of making Smash a success.

Wondering what the next mission is for Sakurai? He doesn't know quite yet, and actually feels that the Smash DLC he's working on is outside of his original mission.

Sakurai closes out the interview by looking back fondly on a few more tidbits from Iwata. He says the two used to travel together to Tokyo quite often, and Sakurai would visit Iwata at his hotel to share a meal. During dinner discussions, Iwata would often recommend books for Sakurai to read.

DLC fighter Byleth is out this week, which means the time has come once again to challenge you the audience in Super Smash Bros. Ultimate for this week's Community Friday. 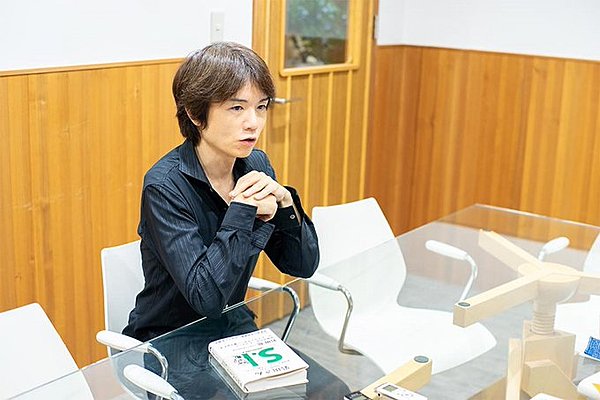 In the third and fourth part of a five-part interview with Masahiro Sakurai, we hear a bit more about Sakurai's interactions with Iwata overall. PushDustIn has translated the juicy tidbits, which you can find summarized below.

Sakurai says the first time he saw Iwata upset was back in the early days of HAL. The company was working on Metal Slader Glory, which took a number of years to develop, and almost bankrupted the company. Things were so dire that HAL was renting out apartments for work, and had to borrow a large sum of money to keep development going. This lead to Iwata being quite upset, but he was upset by the situation itself, and not the people involved.

Sakurai also recalls Iwata getting upset when he became president of Nintendo. There was a process of reorganization going on, and one meeting about technology lead to Iwata being upset with numerous responses from the team. It was these two instances that lead to Sakurai realizing how sincere a person Iwata was.

The second time that Sakurai saw Iwata upset was when he became the president of Nintendo. The company had to be reorganized, and there was a meeting dealing with technology. There wasn't really a response from the meeting which upset Iwata a little.

Finally, Sakurai shares a story about driving with Iwata to Narita Airport in Iwata's newly bought sports car. Iwata bought the car because he figured it was a 'now or never' kind of purchase, and if he didn't buy it he wouldn't be able to drive it.

In another section of the interview, Sakurai looks back on the days of working on Smash Bros. Brawl. You can find those details below.

Sakurai remembers telling Iwata that he was going to go freelance, which might lead to him working on non-Nintendo platforms. This news made Iwata a little sad, understandably. Sakurai actually had another project he wanted to work on at the time, but Iwata ended up wooing Sakurai back to work on Brawl.and Iwata Asks for Brawl.

RARE talks about the process of getting Banjo-Kazooie in Smash Bros. Ultimate 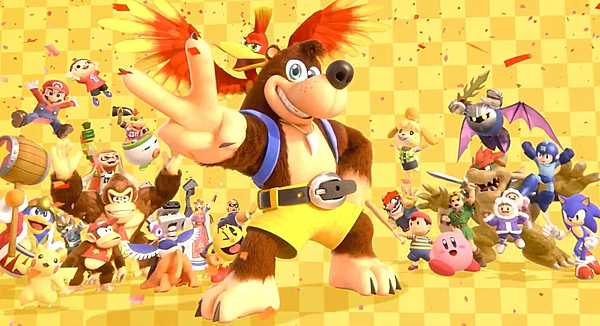 There were plenty of people who thought getting Banjo-Kazooie into the world of Smash Bros. would be impossible. I thought like that at some point as well. Then Microsoft and Nintendo started to buddy up, and the window of opportunity was cracked open just a tiny bit.

Eventually we did get the bear and bird in Smash Bros. Ultimate, and even though it came in a time when the collab was more likely, it was still super surprising to see. In an interview with GamesIndustry, RARE Studio head Craig Duncan explains how it all went down.

"We had an initial kick off call with Sakurai-san and some of his team. There was myself, Gregg Mayles... who is the father of Banjo, even though he hates it when we call him that. Andrew Wensley, who runs our business team. And a chap called Paul Cunningham, who runs our partnerships. Those people had a conversation, [Nintendo] talked through what their approach would be, and then that process started. And then a year goes by of sharing animatics and ideas and character concepts. It was a back-and-forth. We ended up with something that was really great. But the execution came from the Smash team." 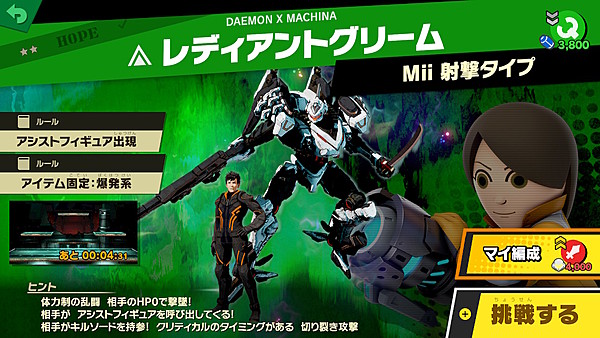 Did you miss out on the Daemon x Machina and Tetris spirits that were part of previous Spirit Events in Smash Bros. Ultimate? You'll be happy to know that you now have another chance to grab them, and there's no rush to do so. Those spirits have been added to the Spirit Board and Shop permanently! 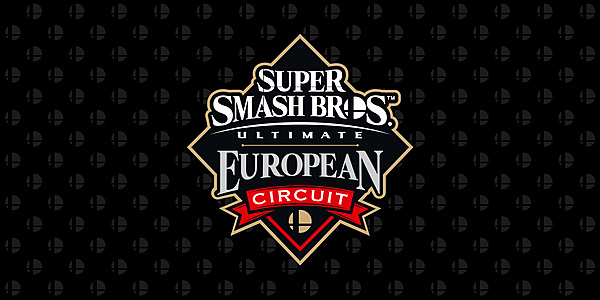 In an all-German grand finals and a repeat of their face-off in winners' finals, DarkThunder proved he is the King of the Koopas, with his Bowser defeating Tarik's Palutena and Pokémon Trainer with a decisive 3-0 victory. If you want to catch up on all the matches from DreamHack Leipzig, you can watch the Top 8 here.

What new challengers will emerge during the remaining events? Will anyone dethrone Glutonny before the Circuit Finals? Check out the next event of the Super Smash Bros. Ultimate Circuit at Tech Republic V in Spain, running from April 11th to 12th, to find out!

If you’re raring to make your tournament debut, or are looking to continue competing at events like Tech Republic V, head on over the Super Smash Bros. Ultimate Tournament Portal for all the latest about tournaments going on across Europe. 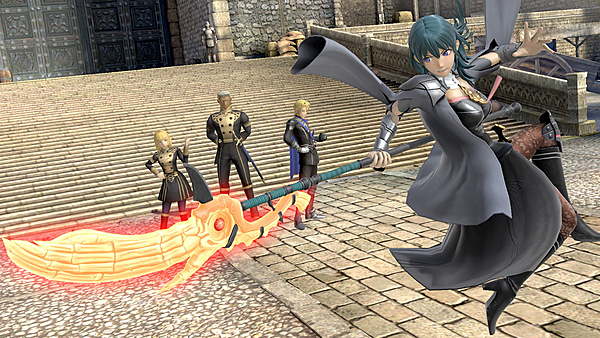 Internal codenames are a common practice for projects in development at different game studios. DLC characters for Super Smash Bros. Ultimate are no exception, and it's interesting to see the different codenames that were used for each fighter. Joker from Persona 5 was known as "Jack", Hero from Dragon Quest was known as "Brave", and so on and so forth. With the recent launch of Challenger Pack 5, Byleth from Fire Emblem Three Houses is the latest character for us to receive previously publicly hidden information. According to PushDustin on Twitter, Byleth was internally referred to as "Master", which is likely a translation of "Sensei".