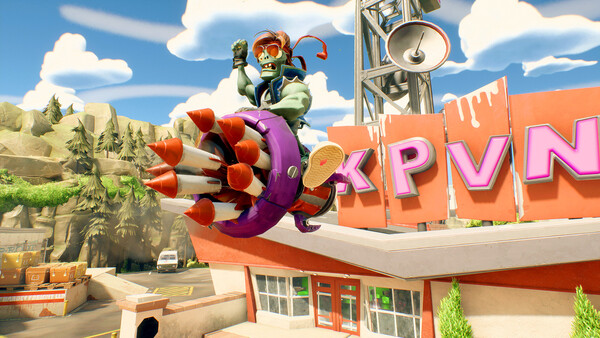 We've actually heard the rumor of Plants Vs. Zombies: Battle for Neighborville coming to the Switch already. The original info game from GamesBeat's Jeff Grubb, who listed the game among other rumored titles. All the other games Grubb mentioned have either released on Switch or are confirmed to be on the way. The only one left is Plants Vs. Zombies: Battle for Neighborville, and it looks like we finally have something near a confirmation on that.

GameFly has a knack for listing Switch games before they're announced, and their info always ends up being spot-on. Their latest listing is for Plants Vs. Zombies: Battle for Neighborville "Complete Edition," which they say is coming March 19th, 2021. If that's the case, we should be hearing an official announcement from EA any day now.

Rumors of Pokemon Diamond and Pearl remakes for Switch persist 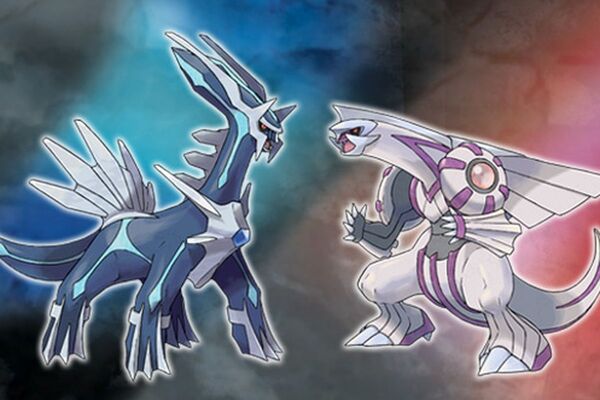 Pokemon Diamond and Pearl originally released for the DS back in 2006, making it over 15 years since the games debuted. Fans have been clamoring for remakes for awhile now, and there's been quite a few rumors about that request making its way to Switch. While we still don't have a confirmation from Nintendo or Pokemon Co., the rumor has once again popped up.

The Spanish Pokemon fan site Centro Pokemon is saying that sources close to the project have confirmed that Diamond and Pearl remakes are indeed being worked on for Switch. Apparently we'll see the reveal of these remakes in February at some point, and they stick more closely to the original games than Pokemon Let's GO did with Pokemon Red/Blue.

Adding fuel to the fire, it seems there's something going on with the domain diamondpearl.pokemon.com. While you get a 403 error when visiting, this is different from domains for other Pokemon games. Trying to visit both blackwhite.pokemon.com and http://rubysapphire.pokemon.com give you no return at all.

Is this all just speculation, or are we actually nearing a reveal? February isn't far off, so I guess we'll all find out if this rumor is true or not soon enough!

Thanks to Andreslop24 for the heads up!
Source: Link
Rating: 1

RUMOR: Crash Bandicoot cartoon cancelled after a year in development

After years of not getting much love from Activision, Crash Bandicoot has been making a comeback. The N. Sane Trilogy brought back fans by the millions, and Crash Bandicoot 4 advanced the franchise. Rumor has it a cartoon was going to take things another step, but apparently it's been squashed.

You can see the supposed test footage for the cartoon above, which was apparently a project between Amazon and Activision. Why was the plug pulled on this cartoon after a year of work? We heard there were some disputes about the direction of the script, and apparently they were big enough to stop the project in its tracks. 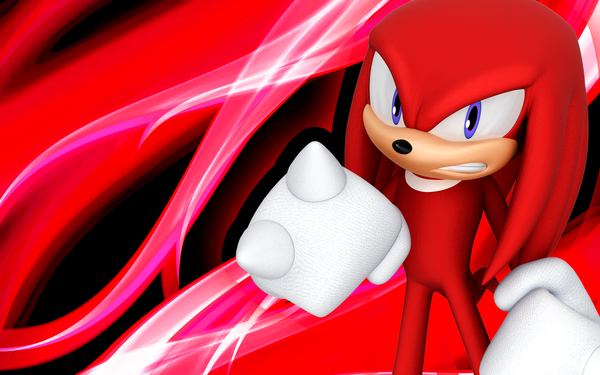 We know for a fact that the Sonic the Hedgehog movie is getting a sequel, and there's a pretty good chance Tails will have some time in the spotlight. That said, it seems another big Sonic character will be getting some love as well.

Rumors are floating around concerning Knuckles, who will supposedly have a notable role in the sequel. This is going to be considerably more than a cameo, although details haven't been shared. It does seem that Knuckles gliding and wall-climbing abilities will be showcased as well. 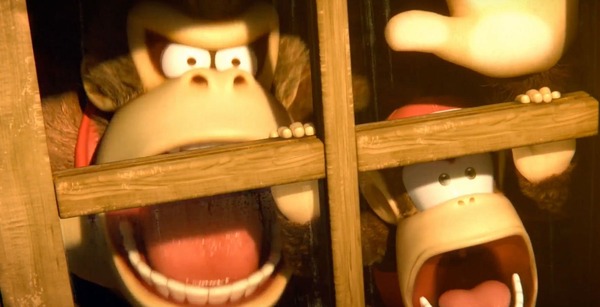 Nintendo really doesn't do much backing of Smash Bros. Ultimate when it comes to the eSports scene, which has been a real point of contention for fans. That said, it seems Nintendo might be looking to restart their efforts on the college side of things.

PlayVS is the "Official Platform and League for High School, Youth and College eSports." The organization was looking to offer some Smash Bros. Ultimate tournaments in Spring 2021, but apparently Nintendo stepped in to call things off. According to PlayVS, this is because Nintendo "wants to wait to restart their college initiatives at a later date." Obviously this isn't super specific, but it is a glimmer of hope.

Thanks to Andreslop24 for the heads up!
Source: Link
Rating: -2

RUMOR: Resident Evil Revelations 3 is in the works for Switch 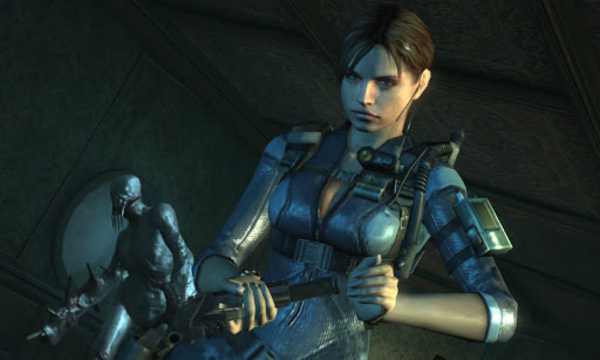 Resident Evil Revelations debuted on the 3DS, and it was a real show-stopper for the portable. The game was successful enough to make its way to multiple other platforms, and get a sequel as well. Now we're hearing that a third entry is on the way, and Capcom's focus is on bringing it to Switch.

Capcom suffered a leak recently, and it revealed a ton of different projects. Included in that leak was Resident Evil Outrage, which is apparently considered internally to be a continuation of the Revelations series. Whether it retains the name remains to be seen, but for all intents and purposes, Outrage will be very much in the style of the Revelations games.

According to an industry insider, Capcom is focusing on Switch as the main platform for Resident Evil Outrage. The game will make its way to other consoles as well, but first and foremost, this will be a Switch title. We've seen this happen before with the 3DS, and thanks to the success Switch has seen, seeing Capcom give Switch the focus for another Resident Evil spin-off makes a lot of sense.

Thanks to Sligeach_eire for the heads up!
Submitted by: sligeach_eire
Source: Link
Rating: 2

RUMOR: A monthly subscription service might be heading to Fortnite 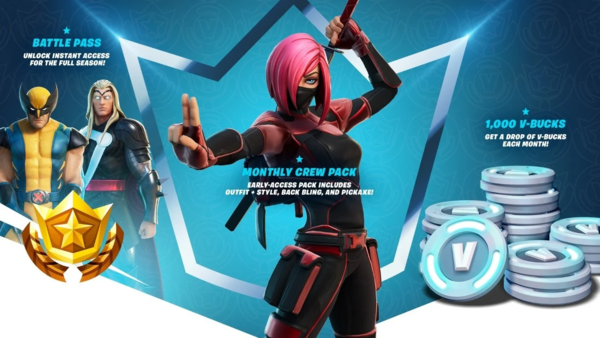 While Fortnite already has a seasonal battle pass that players can buy, it seems that Epic is considering another paid feature for the game. A survey has been sent around that asks players if they'd be interested in a monthly subscription service. This service would include discounts on V-Bucks, provide access to exclusive content, allow early access to the battle pass, and throw in some extra V-Bucks for your trouble.

While a final price for this service isn't locked down, the survey does point to a price that could be as high as $16. That would be pretty steep, especially considering pricing for the battle pass.

RUMOR - Another round of evidence points to Crash 4: It's About Time coming to Switch

Dataminers have been digging through the PS4 version of the game, and they found some hints at what could be a Switch version. Information in the INI file mentions a Switch version, and it even references the project name for Spyro Reignited Trilogy on Switch, which Crash 4: It's About Time would no doubt use as a base to build the game upon. This would also indicate that Toys for Bob would be handling the port, which is the same team that handled the Spyro Reignited Trilogy and the Crash Bandicoot N. Sane Trilogy Switch ports.

You can hear the full rundown of details on this info in the video above. Check out the snippet at the 3:09 mark.

Thanks to Sligeach_eire for the heads up!
Submitted by: sligeach_eire
Source: Link
Rating: -1

Is a second Cloud outing for Resident Evil on the way?
28 October, 2020 by rawmeatcowboy | Comments: 4 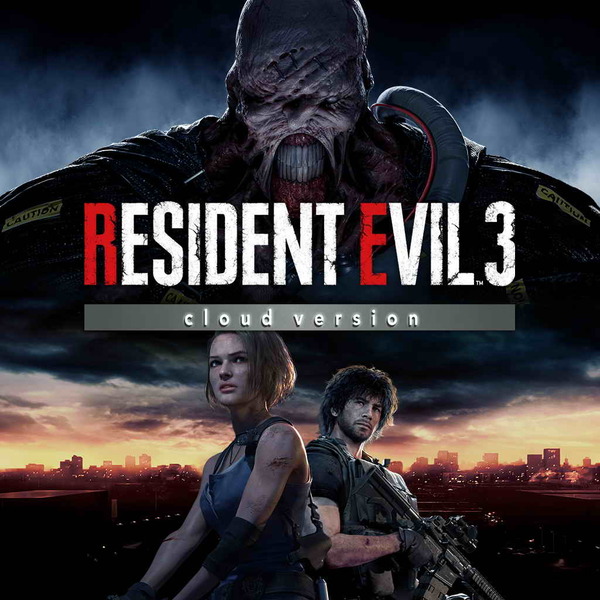 When you launch the Cloud version of Control on Switch, you'll get directed to the following site. Dataminers were quick to dig through the site to see what else they could find, which led to the discovery of the icon above.

Capcom hasn't announced Resident Evil 3: Cloud Version for Switch, but the move would make sense. Resident Evil 7 got a Cloud release in Japan, and it's likely Capcom wants to continue that move with other installments in the franchise. Now we just sit back and wait for them to confirm it! 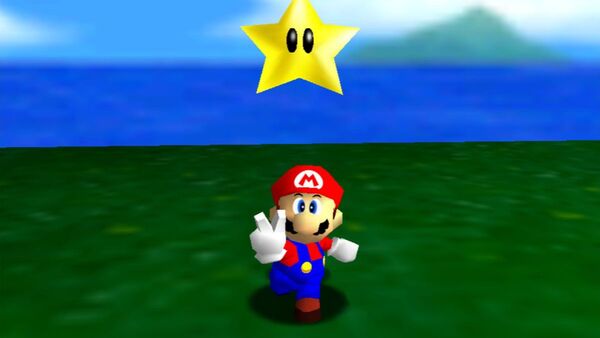 The NPD results for September 2020 showed that Super Mario 3D All-Stars debuted in the second spot on the charts, losing out to Marvel's Avengers. The thing is, when you take a closer look at the data, there's a much different story going on here.

First up, the data for Marvel's Avengers includes digital and physical sales combined. With Super Mario 3D All-Stars, the NPD position is based on physical sales only. That makes Mario's second place finish much more impressive overall!

Along with that, more specific NPD data has apparently leaked. That gives us some actual numbers to work with.

In the case of Super Mario 3D All-Stars, the total physical U.S. sales for September 2020 reportedly sit at around 1,165,000 units. The game managed to sell that total in about 2 weeks' worth of time. The previous record-holder for U.S. launch month sales goes to either Super Mario Galaxy (1,120,000 units in 3 weeks) or Super Mario Odyssey (1,100,000 units in 1 week), depending on how you want to look at things. Obviously digital sales were a factor for Odyssey and not Galaxy, and we don't have the data on how many digital units were sold.

Super Mario 3D All-Stars had a huge retail debut, but there's no doubt the digital numbers have been insane as well. The weekly charts showed the game sitting at the #1 position for every single week, so it was definitely pulling in big numbers. If we knew those digital numbers and could add them into the physical NPD total, there's very little doubt that Super Mario 3D All-Stars would be the new record-holder for a 3D Mario title when it comes to debut month sales.