Hideo Kojima wanted Boktai: The Sun Is in Your Hand to have a breath sensor that let players fight vampires via garlic breath 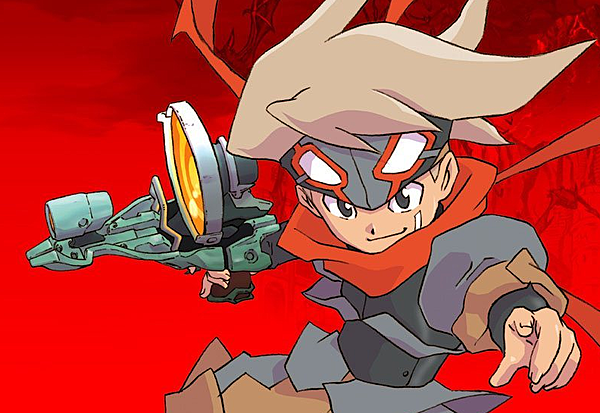 Boktai: The Sun Is in Your Hand is certainly one of the most unique games to hit the GBA...or any platform for that matter! The game included a sun sensor on the GBA cart that you used to fight vampires. You'd soak up the sun to charge the game's solar weapons, and then fight off vampires via your solar power. While this is a big step beyond any real-world activity most games had at the time, it turns out creator Hideo Kojima wanted to take things even further.

Shmuplations recently translated a classic 2003 Nintendo Dream interview with Hideo Kojima that's all about Boktai. It turns out Kojima had another sensor he wanted to include, but it was shot down by his dev team. Read up on that tidbit below.

Sometime last year, I think, I approached Shigeru Miyamoto at Nintendo and gave a presentation pitch. In the beginning then, it wasn’t just a sunlight sensor—I actually had wanted to include a sensor that measured how your breath smelled too! I *really* wanted to add that! The enemies are vampires, right? So if you ate something garlic-y and breathed on the mic, they’d all die. (laughs) “Guys, we have to do this!!” But the rest of the staff all hated the idea. ...then I could have had a sunlight version and a breath version. (laughs) A holy water version might be neat too. Sprinkle water on it and they die. 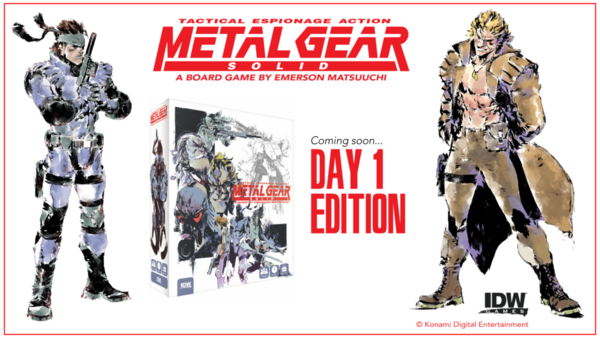 Designed by Emerson Matsuuchi (designer of the Century game series, Reef, and Specter Ops), Metal Gear Solid: The Board Game is a fully cooperative, miniatures board game. You take on the roles of Solid Snake, Meryl Silverburgh, Dr. Hal “Otacon” Emmerich, and Gray Fox the Cyborg Ninja. You’ll need to use their unique skill sets to avoid detection as you complete objectives across multiple campaign scenarios.

Unique features of the game include:

Fully co-operative, sandbox, stealth game play
Beautifully sculpted, and highly detailed miniatures of the members of Fox Hound and Solid Snake and his allies
1 oversized Metal Gear Rex mini
Over a dozen missions that retell the story of Metal Gear Solid and more than 10 all-new VR missions
8 unique and challenging boss encounters
20 Modular map times allows you to build your own scenarios
Day 1 Edition pre-orders will include three exclusive minis you won’t be able to get after the preorder closes: Hind D helicopter, the Tank, and one figure to be revealed later.

Dust off your cardboard boxes and visit Shadow Moses again. Relive your favorite moments with a fresh new experience in Metal Gear Solid: The Board Game!

If you want to grab yourself a Day 1 edition of the Metal Gear Solid board game, you can hit up this link and enter your email information. There's no word on how many Day 1 editions will be available, so get in early just incase!

Hideo Kojima may not be able to work on the Metal Gear franchise anymore, but there's no doubt it's his creation, and will forever be his legacy. With Snake making it back into Smash with Smash Bros. Ultimate, you just know that Kojima has to be super excited. That's most likely why Masahiro Sakurai went to visit Kojima at his studios! Either that, or they're cooking up some fantastical idea!

Thanks to Dondom95 for the heads up!
Rating: 14

Snake's butt gets a major downgrade in Smash Bros. Ultimate

Smash Bros. Ultimate is all about new tweaks and adjustments to every character in the Smash Bros. series. Unfortunately for Snake, it seems his tweaks have lead to him having a rather lackluster posterior. There's no doubt about it; Snake's butt is just sad in Smash Bros. Ultimate. Hopefully Nintendo can put some junk back in that trunk before the game launches.

I've played every main installment in the Metal Gear franchise, and I'd have to say that Snake Eater is my favorite. I honestly was really down on the game before it came out. It looked like it was going to be a really strange entry in the franchise. I mean, all the games are strange, but boy was I wrong about Snake Eater. One of my favorite games ever!

Hideo and the 1,2 Switch pic.twitter.com/7VIcvbbdqF

You know Kojima could make something incredibly wacky for Switch. I really hope we see at least one game from him on the system. Perhaps it's time to bring back Boktai?

A look at how Metal Gear Solid: The Twin Snakes came to be "From what I was told by Denis Dyack [former President of Silicon Knights], he and his group went to a convention - possibly E3 from the year before production began - and he struck a conversation with Hideo Kojima and Konami. Konami seemed to be impressed by the results of Eternal Darkness and saw the potential Silicon Knights could bring to Nintendo, and in bringing Metal Gear Solid: The Twin Snakes to the GameCube console." - production artist Don Toledo

"Nintendo and Konami were very clear that we only had a year, but our estimates put development at no faster than a year and a half. In the end our original schedule wasn't too far from the mark. We had the prototype running in record time - less than two weeks. The code staff was brilliant in making it happen." - Technical Advisor Ted Traver

That's just the beginnings of how Silicon Knights started work on Metal Gear Solid: The Twin Snakes. If you want to learn more about how the GameCube project came together, hit up the full feature here. Celebrate the history of one of the most innovative, influential and ambitious series in video-games. Discover the past, present and future of the legendary MGS saga, ahead of the release of the highly-anticipated Metal Gear Solid V: The Phantom Pain.

The definitive guide to the series that redefined stealth gaming, subverted the rules of storytelling and disrupted the real-world cycle of pre-release hype and promotion – told by the journalists, developers and gamers who helped shape its place in history. This is the first entry in an exciting series of books from the creators of the biggest – and longest running games award show in the world, The Golden Joystick Awards.

What’s in it?
The 50 greatest moments in MGS history – as nominated by the Golden Joystick audience
The complete MGS anthology – archive reviews, director insight, full game catalogue
The Evolution of Snake – a visual history of the most iconic action hero in video-games
48 hours inside MGSV – an unrivaled hands-on with Kojima's latest action epic
The ruse cruise: How MGS's marketing destroyed everyone's sense of reality


You never know what Kojima is up to, but he sure loves to tease stuff. I'll just pretend that this is a big-budget, Wii U revamp of the Boktai series. It'll never happen in a billion years, but I can pretend!

02 January, 2014 by rawmeatcowboy | Comments: 0
Eurogamer asked a handful of devs what their most anticipated titles for 2014. Jordan Amaro, Designer at Kojima Productions, had this to say.

"It's difficult to find very exciting stuff or changes of paradigms in the AAA space for next year, except maybe The Division and whatever Nintendo ships so I'll go with indies and the first is a no brainer: The Witness. I'm expecting an experience unlike any other made of interesting substance and meaning. I'm very intrigued by Everybody's Gone to the Rapture's concept. I think this can be quite special. Routine is looking phenomenal aesthetically, they have elaborated on what the game is about and I'm sold. RIME by Spain's Tequila Works is also looking so serene; and that music. Overall another great year to look forward to thanks to... Well we all know who."