Sakurai includes a nod to Undertale's 5th anniversary in his latest Smash Bros. Ultimate pic of the day

The Undertale of two games
15 September, 2020 by rawmeatcowboy | Comments: 0 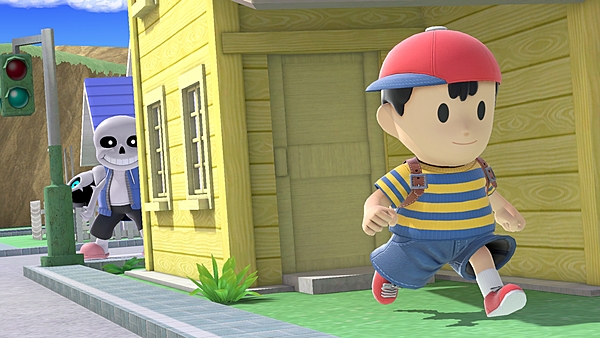 Undertale released on this date 5 years ago, and it's still just as popular all this time later. Undertale became an absolute phenomenon that swept the industry, and the effects are still being felt to this day.

The 5th anniversary of Undertale is being celebrated all over the world, with numerous fans, developers, and publishers paying tribute. That includes none other than Masahiro Sakurai, who included a tribute to Undertale in his latest Smash Bros. Ultimate pic of the day.

Toby Fox, creator of Undertale, has said that Earthbound was a huge influence on his work. Clearly Sakurai knows that tidbit as well, as he made sure to include Ness an Onett in the pic!

Smash Bros. Ultimate's option to select over 1,000 songs for certain stages had to be approved by each third party individually 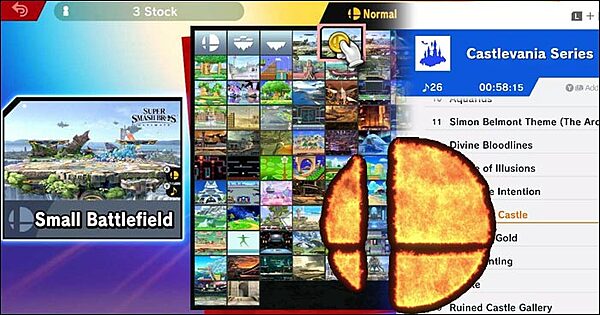 Just last month, Smash Bros. Ultimate got an update that allows anyone playing on Final Destination, Battlefield, Big Battlefield, and Small Battlefield to choose from the over 1,000 song library that the game has to offer. While implementing this feature was a huge amount of work in and of itself, Masahiro Sakurai had get a lot of paperwork signed off on as well.

According to Sakurai, permission from all the third parties involved with those songs had to be given. This wasn't something that was covered already in the Smash Bros. Ultimate agreements, so Sakurai and his team had to work the music selection out with individual companies.

"Getting permission from all the rights holders for something like this is a very big undertaking, but somehow we managed to make it a reality."

No one doubts how dedicated Sakurai is to the Smash Bros. series, but this is just one more example of how far he's willing to go.

Sakurai shares details on Min Min's addition to Smash Bros. Ultimate, and moving towards the end of DLC fighter development 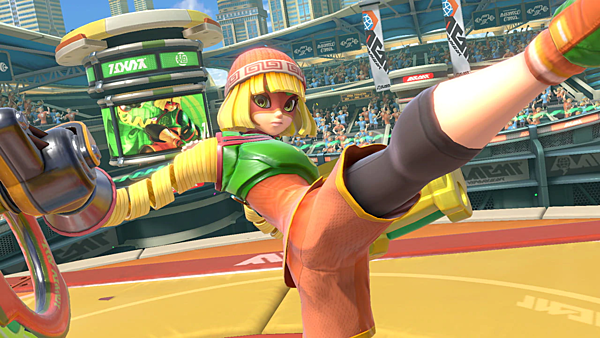 Sakurai is back with his next Famitsu column, and this one goes over the addition of Min Min to Smash Bros. Ultimate. It also touches on the second wave of DLC fighters for Smash Bros. Ultimate wrapping up. Check out full details below, courtesy of translations from PushDusIn and Sephazon.

- In order to add content from upcoming games to Smash, Sakurai saw Nintendo titles that were still in development
- since it was so difficult to add a character, Sakurai decided to add Spring Man as an assist figure, and include ARMS spirits
- after it was decided to work on a second fighter’s pass, an ARMS character was settled on
- Sakurai considered making the character without any special moves at all, but then came up with something unique
- when Sakurai thinks about the project plan and then looks at the final result, he feels that Min Min truly stands out
- while he expected some difficulties to come up in development, there weren’t any major problems
- Sakurai wanted to make Min Min’s A button attack with the left arm and the B button attack with the right arm
- Sakurai thinks this shows the spirit of “ARMS'' where both arms have to be utilized simultaneously
- this creates the feeling of “ARMS,” but in the style of Super Smash Bros, as this is very important
- when working with other IPs, the new developer doesn’t necessarily have to follow the original games 100%
- the most important element is ensuring the characteristics and uniqueness of the original game shine in the new project
- there are only 5 more DLC fighters
- once they release, the continuous Smash development from Smash for 3DS/Wii U will finally come to an end
- the team is already underway developing the remaining characters, and will continue doing their best working from home
- Sakurai has ideas on how to improve the broadcast from home next time, but he's hoping the next broadcast can be recorded in a more traditional manner

Sakurai shares thoughts on what makes a good game director

Wise thoughts from the master
01 July, 2020 by rawmeatcowboy | Comments: 2 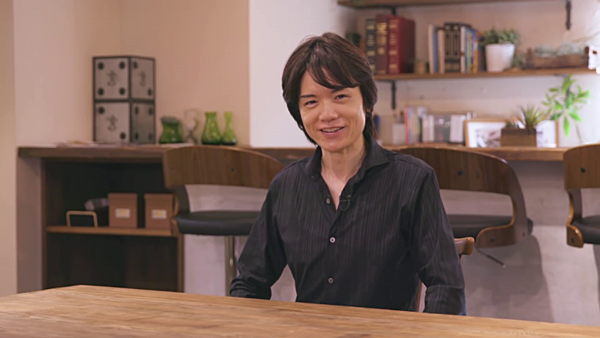 The latest issue of Famitsu has another feature from Sakurai. This time around, Sakurai discusses the factors he believes make for a good game director. Check out out a rundown of the feature below, courtesy of Sephazon and PushDustIn.

- Sakurai is often asked about game directors, and also asked the question, “I want to make games, so what should I study in the future?”
- Sakurai says these might be the most important frequently asked questions when one doesn’t have solid experience in game production
- Sakurai believes “sensibility” is most important
- he defines this as the ability to anticipate something that can’t be physically seen or a thought that isn’t on the forefront of the mind
- having a detailed plan, the ability to convey ideas, teamwork, negotiation, communication, and judgement skills are also important
- Sakurai says these are skills that are learned naturally, but sensibility is not something that people can be trained in
- game designers have their own individuality, and while skills can be taught, it’s impossible to learn a personality
- in his eyes, there isn’t one trait outright that all the game designers possess
- it's important that directors are able to stay focused when being pulled in many different directions
- It’s not as simple as just pointing out areas that need improvement
- during a difficult development cycle, the director must prioritize and improve the areas that they can
- Sakurai thinks they must go beyond simple calculations, and instead focus on what would create the most fun
- if you would like to improve your sensibility, you should become acutely aware of what is fun and what creates positive feelings as well as understand your own merits

Yesterday's Smash Bros. Ultimate fighter reveal might have been all about Min Min from ARMS, but it also featured a cameo from Captain Falcon. While the good Captain only has a bit part in the video, Nintendo and Masahiro Sakurai went all-out on the appearance.

According to Sakurai himself, Nintendo brought back Ryo Horikawa to provide voice work for Captain Falcon. Horikawa, who is the Japanese voice for Vegeta in Dragon Ball, hasn't recorded for Captain Falcon since 1999!

We made a new fighter video, in which Captain Falcon is slurping a bowl of ramen. For just that one specific scene, we invited the voice of Captain Falcon, Mr. Ryo Horikawa, to join us. Mr. Horikawa is a very famous voice actor who also voices Vegeta in the Dragon Ball series in Japan.

Since the Nintendo 64 version, we've done many voice recordings for the Super Smash Bros. series. However, Captain Falcon is the only voice we haven't done new recordings for. Except fighters like Yoshi, for which we use pre-recorded assets, of course.

It was a very fun VO session. He mentioned that he still occasionally receives requests from fans such as, "Captain Falcon! Please do Falcon Punch!"

It's equal parts crazy and wonderful to think that Horikawa was brought back in to record a series of silly grunts and noises for yesterday's video. It certainly shows that Nintendo does care to go the extra step for their titles. Now if they only cared a bit more about F-Zero!

Join Super Smash Bros. Ultimate Director Masahiro Sakurai on 6/22 at 7am PT for a roughly 35-minute video livestream featuring an in-depth look at the upcoming DLC fighter from ARMS!

There will be no further new fighter reveals other than a fighter from ARMS in this livestream. 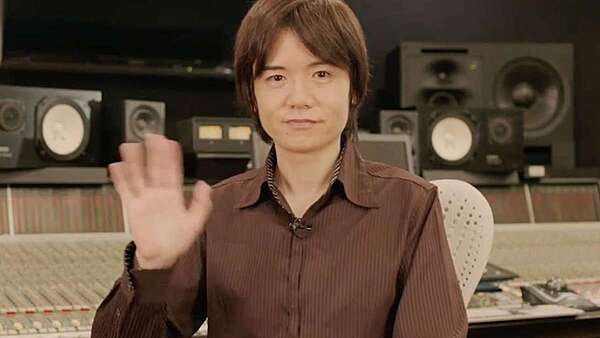 While every Smash Bros. Ultimate character reveal is an interesting one, the upcoming ARMS presentation has a unique tidbit associated with it.

As Sakurai and the team are working from home, that means quite a few behind-the-scenes elements had to be changed up to make this presentation work. That includes Sakurai recording the presentation from his own home. Sakurai knows people will over-analyze every little detail they see, so I'm sure he's going to keep the on-camera action as straightforward as possible.

Working from home has its benefits!
29 April, 2020 by rawmeatcowboy | Comments: 6 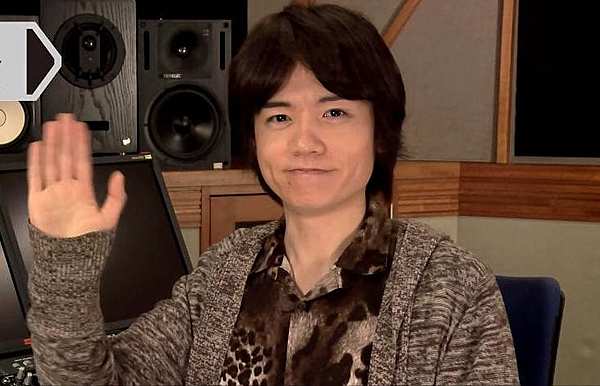 In Masahiro Sakurai's latest column for Famitsu, he opens up about what its been like working from home. His team continues to toil away on DLC for Smash Bros. Ultimate while in self quarantine, but it seems like things are going well. Check out a summary of the article below, courtesy of Sephazon.

- Sakurai says working from home has been going, and staff should be commended for their hard work
- some staff usually commute two hours one way to work, so working at home has been a lot more effective
- there are temptations to play games or sleep while working from home, but Sakurai says he can still focus on the task at hand
- Sakurai says he responds to emails up until midnight, but he's eating more regularly now, and has a better sense of time
- Sakurai says he oversees almost everything in Smash Bros. Ultimate, so new work is always coming in
- some situations require a lot of work to explain to the team, which is easier done in person than email
- video calls can help bridge the gap in these situations, but scheduling a time to work with everyone is challenging
- Sakurai bought a microphone and capture unit for working from home, and also built a studio to play and assist in development
- the team continues to figure out what works best for remote work
- work is proceeding without any problems so far 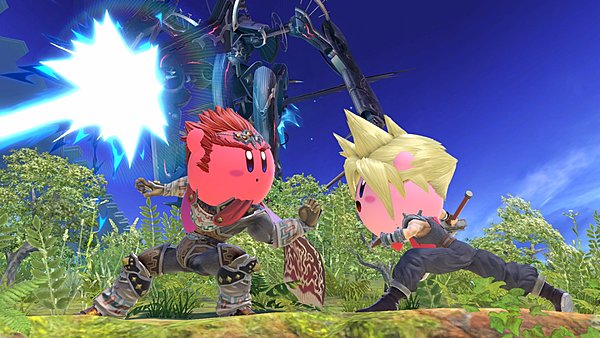 Sakurai mentioned that Kirby provides a unique challenge in the Smash Bros. series. Every time a new character is added to the game, Kirby has to get an update as well, as a new Kirby "hat" and ability are needed. There simply can't be a character update without a Kirby representation!