Check out the opening movie for Mary Skelter Finale

A group of prisoners, Jack and the Blood Maidens, were reincarnations of fairy tales who dared to escape.​ They climbed from the bottom of the tower up to the surface, filled with hope...​

But outside were thousands of corpses soaking in a sea of blood. There stood beings known as Massacre Pink, smiling. In that moment, hope was destroyed. The group was torn asunder, with Jack and the Blood Maidens scattered to their own paths.​

Separated, they are each drawn to the devouring Jail that floats in the sky...​

This is the finale to the tale of the Blood Maidens.​ 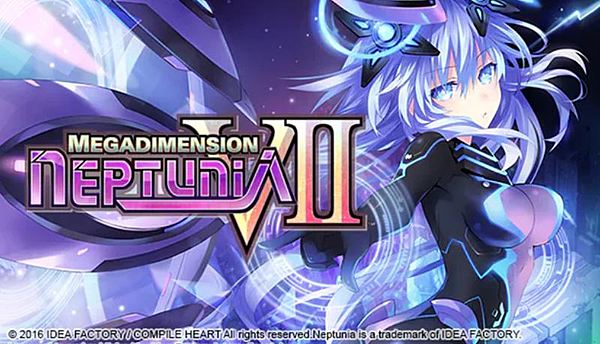 Megadimension Neptunia VII from Idea Factory is coming to the Nintendo Switch platform. The popular JRPG will be available from the Japanese eShop starting March 19th, 2020, and preloads are currently available with a 20% discount off the normal ¥4,800 price. Only the Japanese language is supported in this release, but hopefully a western localization is announced sometime soon. A 6.3 GB download will be required, and you can check out the game's synopsis below.

New challengers are taking control of Gamindustri, and Neptune's nowhere in sight. Now she’s gotta help a mysterious stranger fight a colossal new evil, reclaim her Goddess title, and find some time for pudding! Go next gen with Giant Battles, multi-worlds, and multiple storylines in this JRPG!

- New Battle Features Characters can link up for stronger attacks, “Parts Break” allows you to split enemies into pieces to lower their stats and disable special attacks, and “Giant Battles” impose limits that will challenge the strategist in you!
- NEXT mode A second transformation is now available! You can break those big baddies into bits with NEXT mode, which features new special skills and a new costume for the CPUs!
- Three Worlds, Three Stories Three different story modes! With new CPUs and characters at your side, you must fight through three dimensions to save Gamindustri!
- New Dungeon Minigame! An homage to the classic “Spelunker,” you receive special items when you clear this dungeon under the time limit!

.@IdeaFactoryIntl's Mary Skelter 2 gets an open pre-order for the Nintendo Switch! Pre-orders begin at noon ET on November 26th at https://t.co/5Lksol4sqo, so make sure you add this game to your Thanksgiving week plans. 😉 pic.twitter.com/HuLXaQTzJf

Mary Skelter 2 on physical cartridge for the Nintendo Switch. Region free. This is an open pre-order for a limited time! This also includes the original Mary Skelter game on the cartridge (playable after completing Mary Skelter 2).

This release is not a part of the Limited Run Games Collection and is not a numbered release. We are distributing this title on behalf of Idea Factory for the Western market. Missing out on this release will not compromise a complete Limited Run set.

There is no limit on this item. Orders of 30 copies (or multiples of 30) will ship in factory sealed case pack.

Please Note: This item is a preorder and will not ship out until the games are manufactured with Nintendo. Items typically ship 2 - 4 months after sales close, but may ship sooner. You can track production on your order page.

Sting and Idea Factory come together to form Super Sting

21 March, 2012 by rawmeatcowboy | Comments: 0
Knights in the Nightmare developer Sting and Idea Factory are forming a new company called Super Sting. This isn't a situation where one company is coming out above the other. Each side has an equal stake in this venture.

The company's first joint game is a fantasy simulation RPG. Details on the platform for release were not given, but the title is slated for a Japanese launch sometime this June.