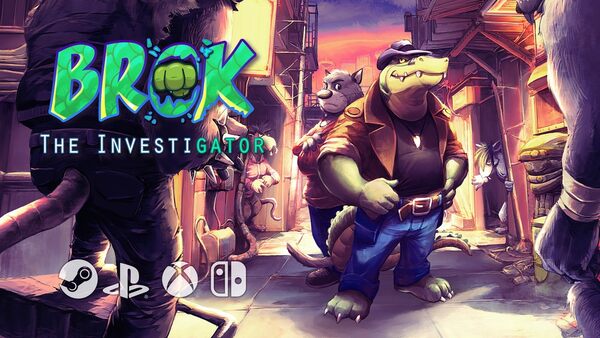 We've posted a couple times now about BROK the InvestiGator. First was to announce the developer's plan to create a Switch version, and second to mark the launch of the Kickstarter. That Kickstarter post came earlier today, and we're happy to report that the game has already achieved its base funding goal.

The team wanted just shy of $15k to bring the game to Switch, and that goal was easily met. That leaves 29 days left on the Kickstarter to hit all kinds of stretch goals. If you're interested in learning more about the game or pledging your support, you can do so here.

Following the release of a free prologue, this "Punch & Click" adventure game mixed with "Beat 'em up" has received a lot of praise. (98% positive on Steam)

Inspired by 80's/early 90's cartoons with a darker spin, BROK takes place in a dystopian universe where animals replaced mankind. In this innovative adventure where choices matter, will you use your brain... or your brawn?

What kind of detective will you be? 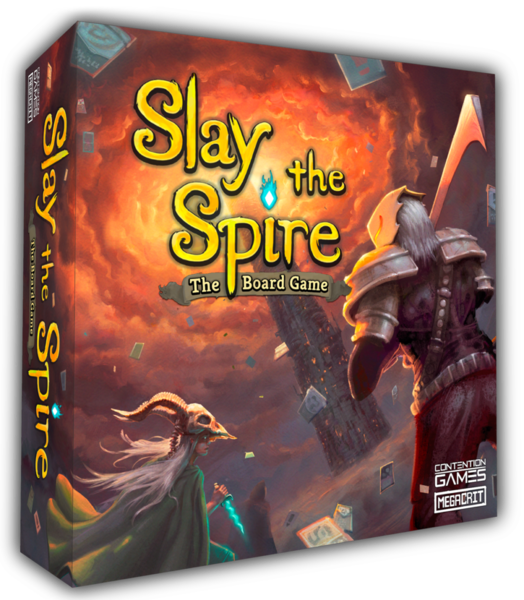 Slay the Spire has been a big hit on all platforms, Switch included. Fans of the video game will soon have a new way to play the adventure, and your Switch isn't needed at all.

A Kickstarter for an official board game adaptation of Slay the Spire is launching in Spring of this year. Contention Games is behind the project, and they say it'll allow for 1-4 players to join in the cooperative deckbuilding adventure. Craft decks, fight off monsters, discover relics, and then slay the spire, of course!

We'll be sure to link you into the Kickstarter once its live. No word on how much funding is needed to make this a reality just yet, but we're thinking Contention Games won't have any trouble hitting the base goal.

GENKI: ShadowCast lets you play Switch on your computer via a dongle, no internet needed

You might spend a lot of time at your computer playing games on your gorgeous monitors, but when it comes to Switch, you have to go handheld or connect to a dock in another room. Tired of having to leave your computer setup to play Switch on a lesser screen? That's where the GENKI ShadowCast comes into play.

As you can see in the video above, the GENKI: ShadowCast lets you play your Switch on a computer, and it's not handled through internet streaming. A small dongle gets the job done, and the results are seriously impressive.

If you have some questions about the device, or you're already interested in pledging support, you can hop over to the Kickstarter. It's already a phenomenal success, bringing in $200k as of this post. The team wanted just $30k, so I think they're set! Check out the Kickstarter here.

The indie platformer fighter is a lock for Switch
13 December, 2020 by rawmeatcowboy | Comments: 0 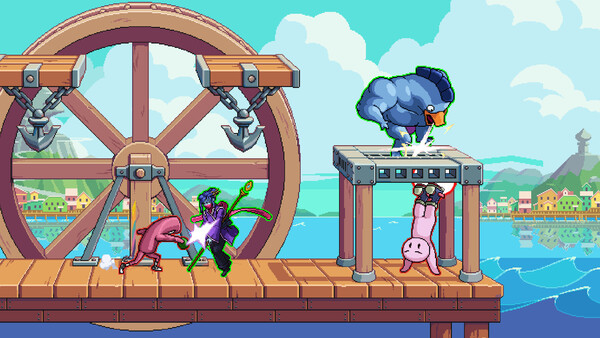 The other day, we mentioned that the Kickstarter for the indie platformer fighter Fraymakers was looking for $235k to come to Switch. This was a stretch goal set far above the $46k base funding. That didn't bother Switch fans though, as they were more than willing to make up the difference! The Kickstarter has easily blown past the Switch stretch goal, so now the game is confirmed for Nintendo's hardware sometime down the road.

There's still 4 days left on the Fraymakers Kickstarter, which is plenty of time to toss in a few of your dollars. You can have a look at the Kickstarter here.

Fraymakers is the ultimate customizable platform fighting game, featuring a cast of some of indie gaming's biggest icons. Duke it out with up to 4 players, and call on assists to help out in the heat of battle. Create or play custom characters, stages, modes, and more for infinite fun!

The Kickstarter for Fraymakers has been a massive hit so far, bringing in $225k when the initial goal was $46k. While the game wasn't originally planned for Switch, a new stretch goal has been added to make that happen. The Kickstarter has 8 days left and the goal sits at $235k, which is totally doable. Check out the Kickstarter for more info.

A Kickstarter that packs a punch
07 December, 2020 by rawmeatcowboy | Comments: 0

Here Comes A New Challenger, will detail the origins of the gaming phenomena that is Street Fighter II and how it impacted the lives of kids and teenagers worldwide. It will explore not just the tournament aspect of the series, but what made it special to players who didn’t have the opportunity to play it in the arcades but in the comfort of their own home. Bedrooms and living rooms became the arcade as children challenged their friends to become champions of the playground.

We've already talked about Hero Comes A New Challenger, but that was before the Kickstarter launched. That funding campaign is now live, and team behind the feature is looking for $33k to make it happen. If you're interested in thrown some cash at the doc, you can do so here.

BROK the InvestiGator has a chance at coming to Switch, as long as the Kickstarter for the game is a success. That campaign launches on Dec. 7th, 2020, but while we wait, you can read all about this unique title below.

Narrative-driven game that blends action and investigation in never-before-seen ways. Will you use your brain... or your brawn?

In a futuristic "light cyberpunk" world where animals have replaced humans, privileged citizens live under a dome protected from the ambient pollution while others struggle to make a living outside of its protective dome.

Brok, private detective and former boxer, lives with Graff, the son of his deceased wife. Although he could never elucidate the nature behind her accident, recent events may shed some light on an even more tragic outcome... one that may be linked to their own existence.

Will they be able to withstand the threats of this corrupted world and face their own destiny?

A deep and emotional narrative-rich experience filled with characters reminiscent of classic 80s/90s cartoons.
The first game to combine a "Classic Adventure" with "Beat'em up" and RPG elements!

Solve puzzles with your wits... or muscles!
Make choices impacting gameplay and/or story
Easy mode for pure "Point & Click" gameplay (fights can be skipped)
Level up to beat enemies and bosses
Combine clues to uncover the truth!
In-game hints
All controls supported (mouse, keyboard or controller)
Fully voice acted
2 to 4 hours of gameplay for this prologue!