Check out the Kickstarter here

Texas-based developer Garrick Campsey, whose past games include Astro4X, has launched a Kickstarter for his newest project, LAZR - A Clothformer. LAZR is a unique, skill-based 2.5D platformer enhanced by deep physics simulations (especially cloth) and set in a thriving neon cyberpunk dystopia inspired by Akira, Judge Dredd, and Bladerunner.

Following a viral Twitter video showcasing the game’s physics, LAZR’s development has snowballed over the past year, working alongside the player community to meticulously craft a finely tuned platformer that's especially suited for speedrunning and player achievement. A recent demo has been released for PC/Mac/Linux, featuring a variety of levels and challenges, and giving players a taste of what to expect from the game.

LAZR separates itself from other platformers with a slew of unique features:

Unique, one of a kind, dynamic Platforming Physics - cloth, fire, and weather effects

Hundreds of levels to play, including extra challenge levels and training courses

Choices that deeply affect the protagonist's journey and the city around them, with multiple endings

Vibrant neon retro pixel art and animations, combined with pre-rendered 3D, describe a futuristic dystopia where both AI and humans live in a dangerous balance

LAZR will ideally launch in 2020/2021 on Switch, PS Vita, PS4, Xbox One, PC, Mac and Linux. The game already has its Steam page ready, and you can visit it by clicking on the button below. Add it to your wishlist today!

Our main goal is to gather $10,000 on Kickstarter in order to fund the game, but there are some additional stretch goals included for the extra content. The estimated gameplay length should be around 6-9 hours. We have secured multiple language versions as well, including English, Chinese, Japanese, French, and we’re looking into our options to add more translations in the future.

Kindred Fates is an open world monster battling RPG, and a love letter to the monster battle genre. Our goal is to evolve the genre, and finally bring fans what they've been asking for.

Kindred Fates has a base goal of $50k, but if Switch fans want to see the game hit Nintendo's platform, the Kickstarter will have to hit $155k. You can keep tabs on the situation at the official Kickstarter.

Koji Igarashi to host a Bloodstained: Ritual of the Night panel at GDC 2020 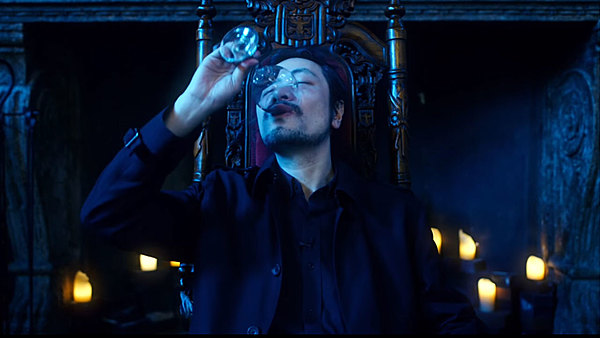 GDC 2020 is going to be packed with all sorts of panels that Switch fans will want to check out, and now another has been revealed. Koji Igarashi is going to be hosting a panel all about Bloodstained: Ritual of the Night, and you can check out the official synopsis for it below.

Beginning from Kickstarter: The Development of 'Bloodstained'

Bloodstained: Ritual of the Night" started from a successful crowdfunding campaign.
In this discussion, we will be explaining the differences between developing a game under a well established publisher and developing a game under a smaller independent studio. We will be focusing on the development progress and the promotional efforts by sharing real life examples from the project.

I have been in this industry for roughly 30 years and yet there are endless amount of new experiences. I hope by sharing the result of this funding method, it will help others who are planning to start a new project.

Kosmos Connections is a two-in-one mystery Visual Novel that brings together a slice of life tale with a science fiction short story. It explores the concepts of perspective, empathy, and the desire to know the truth. While not entirely a romance game, the game has taken to the concept of a "connection game," as that covers the general theme of each route - creating connections.

Kosmos Connections aims to cover an American, college-age experience, giving a fresh perspective to a cast of characters trying to figure out their place in this world. Through the connections you make and the ones that you share, will you come to understand the residents of Kosmos?

Kosmos Connections is looking to bring in $12,500 on Kickstarter to get funded, which would also include a Switch release. If you want to kick in some cash for the game or just learn more about it, check out the Kickstarter here.

Beyond Fun Studio announces today the launch of their Kickstarter campaign for their upcoming game Aeolis Tournament. The campaign will last a month, finishing on February 13th. By participating, backers will be able to get the game for a reduced price and depending on the pledge level, unlock an exclusive access to the beta version as soon as the Kickstarter campaign ends.

On top of a reduced pricing, the Kickstarter campaign participants will have the chance to be actively involved in the development of the game by providing feedback and ideas for new game modes. Also, and as per usual, a great number of unique rewards will complete the incentive to pledge some hard earned money for this amazing project like a digital artbook, the digital soundtrack, an exclusive in-game accessory, a mention in the game credits, a beautiful t-shirt, collectible pins and stickers as well as a signed piece of artwork depending on the pledge level.

Aeolis Tournament is a Nintendo-inspired party game where up to 8 players compete in various game modes based on a simple one-button mechanic. Characters use an air cannon to control the power of the wind and affect their surroundings. It's a high-tempo game in the vein of Fusion Frenzy with a cartoony and colorful art direction. Aeolis Tournament features physics-based gameplay, a tournament mode and local & online multiplayer.

Ty the Tasmania Tiger was, for a short amount of time, a popular gaming mascot. While Ty might be coming back thanks to a successful Kickstarter, back during his initial burst of popularity, the character almost made it into an animated show.

Years and years ago, a cartoon was optioned for TV by Film Roman, the same studio that handled the Simpsons for over 20 years. Two scripts were put together for the show, which were written by Krome Studios John Passfield, alongside Marty Isenberg, who worked on Teenage Mutant Ninja Turtles, Ben 10, X-Men: The Animated Series, Spider-Man: The Animated Series and many others.

The show was to be aimed at 6-11 year old boys, and wanted to present positive male role models, while also focusing on friendship. There was also going to be a number of strong female characters, to appeal to girls in the same age bracket.

Unfortunately, the project never came to be, but the two scripts have popped up online recently. If you want an even better idea of what the shows could have been like, read the scripts here. 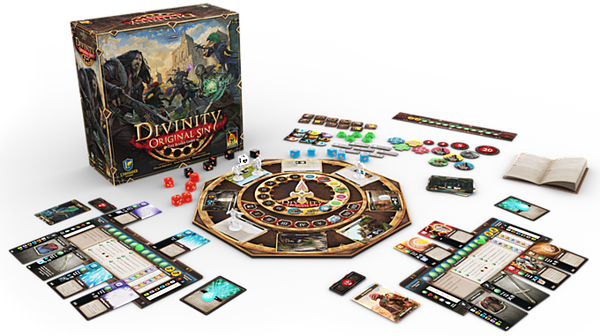 In just two weeks, the Kickstarter for the Divinity: Original Sin board game has amassed $1 million in funding. That means not only has the game hit its goal, it also crushed every single stretch goal available. What's next for the campaign? The team behind it says they're considering where to go next, but nothing is set in stone. It sounds like a few more stretch goal ideas might be tossed out to the public, but again, nothing has been officially decided. 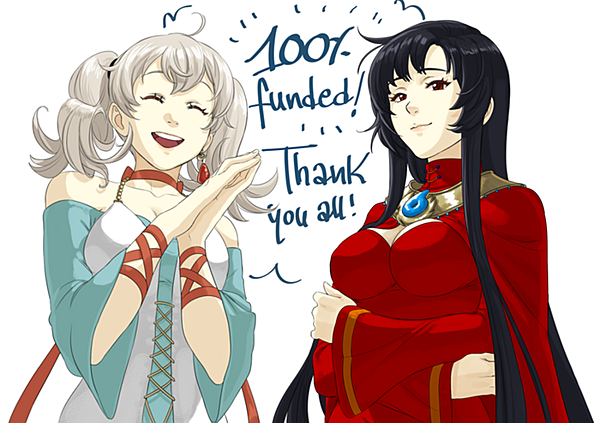 Path of the Midnight Sun, an original game that started out as Fire Emblem ROM hack, has just hit its Kickstarter goal. The plan was to release the game on PC and Switch, and now that's going to happen. With that said, a new stretch goal has been added to the campaign. This stretch goal will make sure the Switch version comes out day-one with the PC version. If that goal isn't hit, the game will still come to Switch, but after the PC version.

Check out the Kickstarter here
Rating: 0

Here's something you don't see often. A project that started out as a ROM hack is now going legit, and is turning to Kickstarter to see an official release.

The dev team hopes to bring the game to Switch in the future, but that'll only happen if the game hits its Kickstarter goal. You can check out more details on the game itself and kick in some cash at the Kickstarter here.

A new visual novel that could come to Switch
21 November, 2019 by rawmeatcowboy | Comments: 0

Cosplay Convention Crisis is a Visual Novel that puts you in the shoes of Jacob Kirby: middling athlete, student, and casual nerd. Guide Kirby over a handful of days across the paths of three strange and powerful women. Think the convention scene is easy? Try to survive magical girls, aliens, robots, femme fatales armed with eldritch artifacts, and convention cafeterias. You might be proven wrong!

Manage your schedule, collect trivia, and try not to die as circumstances spin wildly out of control. Attend panels, acquire merchandise, trade barbs with super-fans, ponder the meaning of life, watch the latest super hit’s trailer, and attempt to romance strange and powerful women.

Cosplay Convention Crisis is looking for just $9,048 to become a reality. Click here to check the Kickstarter out.