You are the last hope for humanity. The gods’ torturous rule over humanity has lasted for millennia. Bent on cruelty and suffering, they demand to be served with blind worship through an oath of fealty pledged from every man, woman, and child. To those who don’t submit to the gods’ will, a slow and merciless death awaits.

Experience the brutal trials of a venturous band of warriors in their desperate plight to sever the gods’ callous grip on humanity. Every man and woman who can muster a blade, having suffered the brutality of the gods’ reign for too long, will be called upon to form your clan of eight Celtic survivors and rise up to take on the legions of horrific beasts and minions that dwell in each of the gods’ hellish realms.

A personal tale emerges with every decision made. Succeed and see legends born. Fail and watch lives turn to dust.

Maglam Lord launching for Nintendo Switch in Japan on March 18, 2021 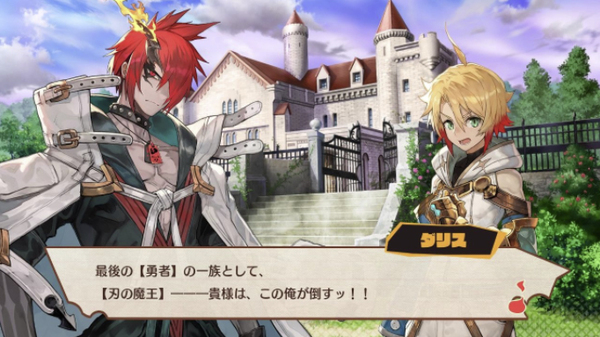 According to the latest issue of Famitsu, D3 Publisher and Felistella have set a release date for their new upcoming action game, Maglam Lord. The game is reported to launch on the Nintendo Switch in Japan on March 18, 2021. This week's issue of Famitsu will contain an interview with the game's developers, specifically scenario creator Kei Miyakozuki and character designer and illustrator Lack

The Last Kids on Earth and the Staff of Doom headed to Nintendo Switch in 2021, new announcement trailer


Taking place in the spooktacular world of The Last Kids on Earth, fans can immerse themselves in an all new story with massive levels to explore and hordes of zombies to defeat, in up to four player couch and online co-op action. Fans can play as the series’ legendary heroes Jack, Quint, June and Dirk, as they search for the missing pieces of the ultra-powerful Staff of Doom and try to overcome Malondre the Queen of the Slime Monsters, as she seeks to summon Rezzoch the Ancient, Destructor of Worlds.

To date, The Last Kids on Earth book series has sold more than five million copies in print around the world, with eight titles from Penguin Young Readers. The latest book in the series, The Last Kids on Earth and the Skeleton Road, released on September 15, 2020 was an instant New York Times, USA Today, and Wall Street Journal best seller. The latest installment of the Netflix animated series debuted on October 16, 2020.

Nine more animals are ready to make your acquaintance! There's quite the crowd forming at that dango stand! pic.twitter.com/4lun5V4hCK


Give These Gals Euphoria~!

In your "super popular" state, girls will be tripping over themselves to try to confess their love to you! Aim your shorts (aka Pheromone Shot) carefully, and give these girls europhia.

Oh, and don't worry about what anyone else thinks of the situation. Live your best live. Don't let these lovestruck ladies get in the way of finding true love with your favorite heroine, so let those Pheromone Shots fly and seize the day!

Nintendo and Lawson convenience stores in Japan are teaming up for another Kirby collaboration. This time around, fans of Kirby will be able to snag a “candy-flavored” drink and a frozen mochi. Along with that, Lawson will also be selling Kirby keychains, and hosting a Twitter giveaway.

As for the “candy-flavored” drink, it's peach milk flavored, and there are 6 different cup designs. With the Kirby frozen mochi, there are strawberry and milk flavors, each priced at 130 yen. On the merch side of the things, the keychains come in a pack of two, and there are two varieties. Finally, the Lawson’s official Twitter account is giving away a three-pack of squishy Kirby character cushions. 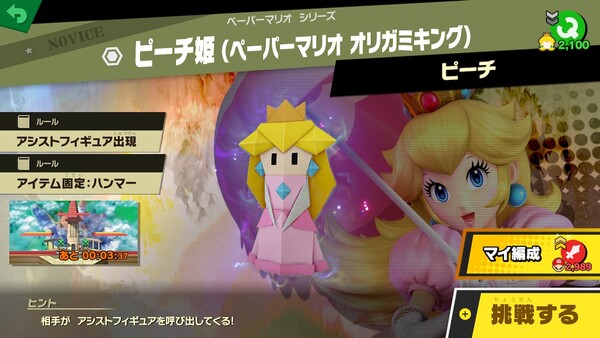 Nintendo has just added in some Spirits to Smash Bros. Ultimate, and they're sticking around permanently. The previously limited-time Octopath Traveler and Paper Mario: The Origami King spirits have been added back into the game, and they're here to stay. Check them out on the Spirit Board or in the Shop.