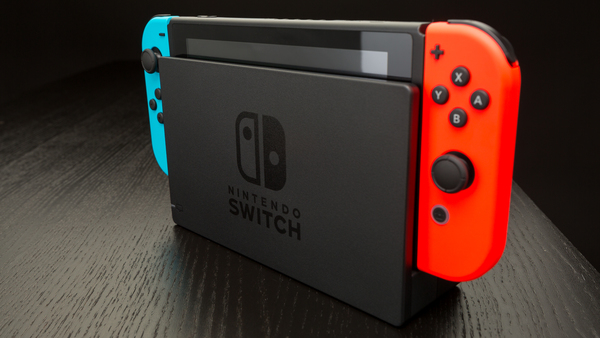 Nintendo's president Shuntaro Furukawa recently had an interview with The Sankei News in which he talked about a number of topics. Check out a snippet of the interview below, as translated by NintendoEverything.

The Sankei News: It seems like you had a lot of success with your year-end sales.

The Sankei News: Could you tell us how your goal is going for the Switch to sell 20 million units within the [fiscal] year?

Furukawa: It is an extremely ambitious, but worthwhile achievement. So, we will maintain this goal. Nintendo Switch is our primary sales objective, and we are not considering a successor or a price cut at this time.

The Sankei News: How about your games for smartphones?

Furukawa: Smartphone gaming for us is not a business where we sell our consumers a product once and that’s the majority of it. Our operational model is to continue to build a relationship with our consumers. It is very different from what we do with our dedicated gaming hardware, so we are in the midst of accumulating experiences in this field. We certainly want to release games across a wide variety of genres. We want this to continue to be one means of supporting our pillars of revenue.

The Sankei News: Is it becoming progressively difficult to keep talented workers during booming economic times?

Furukawa: We’re increasing our intensity in the competition of acquiring highly-skilled individuals, but we are up against other sources of competitive power, so we will be tackling these situations thoroughly. Nintendo is a company in the entertainment industry and our mission is to give people a reason to smile. Since our business is linked to the ebb and flow of our times, we are requiting those who can adapt in flexible manner. In the past, we have increased our internship programs and such to interest people in how we do things; we want to continue to spread Nintendo’s ways of thinking.

No surprise that Nintendo doesn't want to push out a successor so early. I hope this doesn't rule out a new switch revision, I think we need one.

I think we may get one in another year or so.

I think they want to prolong the Switch lifespan as much as possible, so a revision is inevitable, if not immediate, to renew hardware interest and make it feel fresh again.

I appreciate the comments on hiring and keeping top tier talent in the current tech/entertainment environment. Am confident Nintendo has focus zeroed in properly and maintains a culture and compensation model to attract and keep the right people; the most passionate and creative

Glad the focus is on the current Switch hardware.

It’s more and more evident that the DS/3DS line is coming to an end and it’s pillar replaced with Mobile as the Switch is succeeding in their console pillar.

I welcome that change in business model. I much rather having to invest in a single piece of Nintendo hardware rather than two.

I still think they've got things up their sleeve they're not talking about. It wouldn't surprise me if they drop something big gameswise soon. As far as Switch upgrades go, anything they release would likely be to do with storage, screen, ergonomics and battery life.

I can hope and dream

They could quite easily do that, and I think they did hint to it once in an interview...they said they spent so long working on that engine that they were quite keen to reuse it. Failing that I quite like the idea of a top-down Zelda. Also, Furukawa said the Switch is a "home console"? I mean obviously he's wrong... ;)

The interesting thing with doing a revision is that they need to keep the form factor mostly the same to work with the Joy-Con. Having to put out a separate line of XL Joy-Con or something like that would just confuse people.

If they can put a revision that works with existing joy-cons and dock then I could see that being possible, otherwise I don’t take much stock in the idea that a new revision is in the works.

They haven’t, as far as I can remember, ever produced a console revision that changes the hardware specs or renders existing controllers obsolete. They’ve obviously done it for the Gameboy/DS lines but not for their console line. MS and Sony did it to some extent this time around with Xbox One X and PS4 Pro but I’m not banking on Nintendo following suit. Even then they were more akin to what the New 3DS was to the 3DS.

I think any Switch revisions will be mostly internal stuff. You can't change the controllers, and taking away the option to play handheld, docked and tabletop defeats the purpose of the console.

That makes a lot of sense and I hadn't considered that. I always thought a hardware revision was a possibility, but I'm not so sure now. And, like you said, if there is one, it'll likely only be internal

We all knoe that when one console is released they start work on their next one. And one day when PS5 and NextBox arrive and all third parties apart from indies have left the Switch in the gutter they will have answer with some new hardware. The New Switch 2 is happening. It's selling superb now and this year seems to be great, but the competition is big. Which is good ;)

Also good they are getting in new talent. Latest we heard was they were looking for someone to help out with the NOS, which is very needed. Now bring that Direct, Ninty.

But it's bound to happen. They wont stand a chance when PS5/NBox are out. Which could be next year. This year's end for all we know. Third parties are important, you know ;)

Nintendo have denied before that a successor console/handheld was coming, only for it to be announced a couple of months later. Nintendo had 2 avenues of revenue coming in before, the 3DS is pretty much dead, so it's more imperative than it's ever been before that they've their finger on the pulse. I'm convinced there's another Switch model coming this year, actually I think there may be 2; a more expensive beefed up option and a cheaper model, such as removing the dock.

Not thinking about a successor is very short sighted on the part of this new president. The PS5 and XBOX ONE 2 are litterally around the corner and you know they will blow the Switch out of the water in terms of power and probably will be competitively priced.

Yup. And that's exactly why this comes through as PR talk. Iwata mentioning the NX madethe sales for the Wii U even worse. A successor to Switch is in the works. Nintendo always do that. As mentioned above, the New Switch 2(or whatever) is bound to happen.