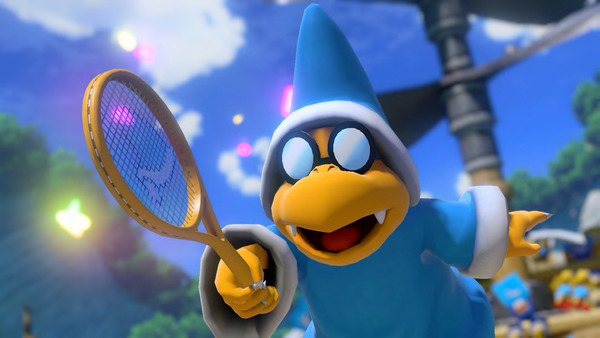 Following the announcement of Pauline coming to Mario Tennis Aces, Nintendo has also revealed two more characters who'll be joining the roster. Kamek will be made available in the game starting April, while Dry Bones is hitting in May. All you have to do is participate in the online tournaments to gain access to the characters in those months. If you don't participate, you'll have to wait until later to get them. 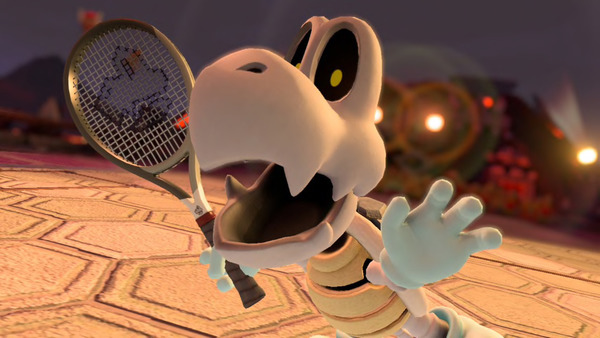 Give Kamek some stars on his hat or something, dude's supposed to be the Magikoopa leader, right?

But then he wouldn't look like a generic minion... he'd look more like a specific, unique character... and we all know Mario spin-offs can't have those...

I don't even know anymore. I'm not even sure if Nintendo wants there to be a "Kamek".

So is that actually Kamek or just a generic Magikoopa? Because it certainly looks like the latter... not that it's easy to tell...

Yeah, my first thought was that it was just a generic Magikoopa. But gosh would I love to be wrong. I can't stand how Nintendo will introduce characters like him or any of the named baddies and Toads in the Mario RPG games and then forget about them. So I hope that he's really Kamek and the name isn't just some localization choice.

"Kamek" and "Magikoopa" are effectively one in the same at this point. The localization teams just go with whichever name they feel like.