RUMOR - Does this Pokemon the Movie: Mewtwo Strikes Back EVOLUTION merch point to a new feature in Pokemon Sword & Shield? 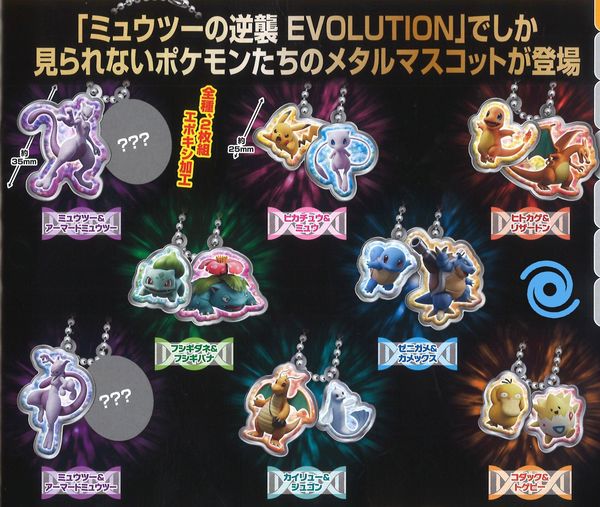 Pokemon the Movie: Mewtwo Strikes Back EVOLUTION is hitting Japan later this year, and as is expected, a bunch of merch is on the way to coincide with the movie. One product announced are the series of metal charms seen above. These metal charms have caught the eye of Pokemon fans, as they might be hinting at a feature/mechanic in the upcoming Pokemon Sword & Shield.

The lineup of metal charms includes two different “Armored Mewtwo” designs, and both of them are kept a secret in the promotional material. Could this be pointing to an Armor Evolution in Pokemon Sword and Shield, with one being exclusive to Sword, and the other exclusive to Shield?

4chan leak from before the direct got everything right, including the mention of Armored Pokemon (has to do with meltan)

I would have assumed the armored Mewtwo was the scenes when it’s with Team Rocket, wearing the contraption that honed its skills.

Armour could be interesting and different combinations could change a Pokemon’s stats. Heavy armour could increase defense but decrease speed for example.

If Alolan variants are anything to go by, watch how only Gen I Pokémon get armored versions.

Nah I reckon it’d be more like Mega Evolutions and spread across Generations. If anything it’d make sense more Gen 8 Pokemon native to the region would have the ability. If any of this even exists

Guy that leaked on 4chan said something about armored charizard, sure, but also armored zeraora, so there's a good chance it will be spread out

The Armored leak or whatever is already wrong since it claimed Gyms were returning among other stuff. Moreso inclined to belief instead that Elemental leak as it was more credible.

But gyms are returning

Not surprising since they did pretty much the same thing in XY with Mewtwo getting 2 different mega evolutions.