Junichi Masuda says for Pokemon Snap 2 to happen, the game would have to have a 'very unique twist' 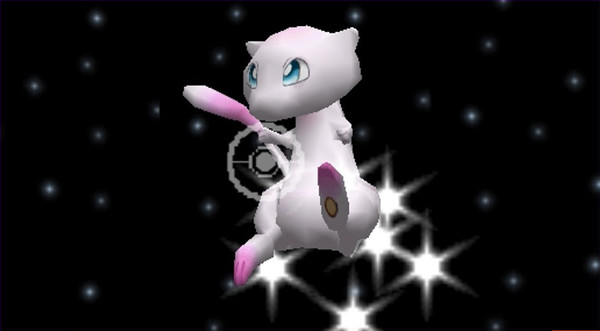 Fans have been begging for a new Pokemon Snap for years and years now, but it never seems to happen. You'd think the game would have gotten at least one sequel by now, but that's not the case. Will we ever see a sequel? GameCentral talked to Game Freak's Junichi Masuda about making Pokemon Snap 2, and he shared the only way that would happen.

GC: You had the Wii U GamePad and now you’ve got Nintendo Labo VR, which has an actual physical camera, why is there not a Pokémon Snap 2?! I’ll pre-order it right now if you agree to make it!

JM: [laughs] All I can say is that I don’t think we can just make the same thing again. So we’d have to come up with a very unique twist on this if we do make another one.

"All I can say is that I don’t think we can just make the same thing again."
*Goes on to make another mainline Pokémon game with minimal changes*

No. Just make the same kind of game. It’s not like there has been dozens of clones over the years. They could literally remake the original in HD and it would sell at least 800k copies.

Whether it's Pokemon or something else, Nintendo seems to wait until they come up with an unneeded gimmick to make another entry to a series people want. Don't know why they can't just make a sequel to something beloved without breaking the mold, they've done nothing but that for Mario for over a decade.

"All I can say is that I don’t think we can just make the same thing again."
*Goes on to make another mainline Pokémon game with minimal changes*

But dynamax is a revolution, now the pokemon are huge....... But it's a new thing really it change everything....

Exactly. Came to say just that. A game being more of the same isn’t always bad. And games don’t always need to have “unique twists” (aka gimmicks) to be fun.

The unique twist would be the massive new pool of Pokemon and locations to pull from since the original Pokemon Snap.

Agreed. This is the exact reason why there hasn't been any F-Zero games as well, and it's frustrating. Just make another like GX and everything is fine. For both F-Zero and Snap, nostalgia would carry through on its own.

A more likely reason we haven't had an F-Zero game in a long time is because F-Zero GX sold poorly. If I recall correctly, the sales numbers were in the low 6-digits, which is a very small number for a major release on a B-tier franchise. If Metroid Prime only sold about 200,000 units, I'm sure Nintendo would've canned that franchise right away too.

There also isn't the mad post-release demand for the game the way Paper Mario got.

There are some conflicting reports on how well GX sold. Apparently, according to someone who was part of the game's development, GX sold over 1 million.

Regardless, over the years since GX there was a higher demand for a new game in the series, but in the last few years that expectation has died. It's basically the new Earthbound.

Masuda is really out of touch with the fanbase. I mean, damn, he's absolutely clueless that this not only could work with the exact same formula, but that would be EXACTLY WHAT WE WANT.

I mean, his "By the way, not every Pokemon can be transferred to Sword and Shield" comment is just the tip of the iceberg.

He's been out of touch for a long time. And if the fan base or his own developers complain, he just shuts them down and reinforces his own beliefs.

The funny thing is, Wii U would have been PERFECT for Pokémon Snap and giving it a unique twist. And he still did nothing.

I agree in every way, though I don't think him being out of touch really showed as much until more recently.

Why does every new version of a Nintendo game have to have a frikin' unique twist!

How about just the fact it would be generations better graphically and on a system that could do it even more justice because of the way the Switch's motion controls and screen and Joy-Con and stuff work!

Christ, look at what Sony did when it put WipEout into VR: The only change it really made was making it work in VR! And most people seemed to really enjoy and appreciate that.

Why isn't that kind of step forward enough!

It's the same stupid thinking that's stopped us from getting a new F-Zero game in generations too!

I think that speech refers more to entice new players, rather than appeal to a core niche audience. F-Zero did pretty badly and they might think it needs a new angle to appeal to a larger group of people.

How would Snap 2 be the same game?

They really are out of touch with their fanbase.

I swear to freaking god Pokemon Snap 2 has to be a meme since after replaying the first game I see no appeal in it at all. It's a short, boring game that doesn't even have all 151 pokemon from the time and feels like an incomplete tech demo. I can't fathom why anyone would want a sequel as badly as some people outside of making one to make the game good. The only thing a sequel needs is more stuff to do and all pokemon from whatever generation they pick.

But yeah, I actually don't blame him for not wanting to do anything with it since it's pretty dull as is and would need a LOT of innovation to be interesting as anything more than an eShop game. Though HAL Labs made the first one IIRC so I don't know why GF would have any control to begin with anyhow...

Thank god, I'm not the only one who thinks that way.

Ick, Masuda sounds like modern Miyamoto. Just give us more of the same thing with new Pokemon and environments. You don't have to reinvent the wheel.

No, he's way worse. Miyamoto gets on to crazy ideas, but he hears when fans say they were disappointed, such as when they were saying Mario Galaxy was too easy, and how the series wasn't challenging anymore. He heard and was distressed that fans were disappointed with the direction of the franchise so they released Mario Galaxy 2 with it's harder difficulty, and the Mario games since then have had a healthy mix of easy story with bonus extra challenging levels for their long term fans.

Masuda, on the other hand, has been told for generations that the Pokémon games were getting too easy, and his response was to make them even easier. He is essentially Miyamoto with blinders on.

Okay here's a simple twist on the old game: free movement. That's right, instead of being confined to a track you are free to explore areas with wild Pokemon in it.

That's what my dream Pokemon Snap sequel would be.

They're in the very unique position where they literally have to make the same kind of game again with no unique "twists" and people will still buy it, yet they don't take the chance. Sigh...