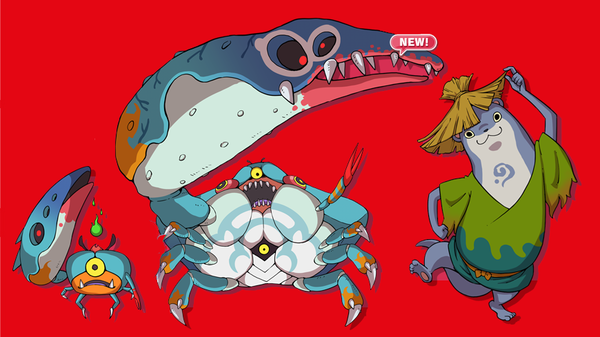 Level-5 has already revealed some new tidbits about the upcoming Version 1.3.0 update for Yo-Kai Watch 4, but today they've announced that new Yo-Kai will be included. The update will add in Chokkey (Light Side) and Shiwomaneki (Shadow Side), who are crab Yo-Kai who attack with a large pincer. Also being added is Kawauso, a Yo-Kai who likes pranks, and uses his ability to impersonate humans. Kawauso has been hanging around since ancient times, spending most of its time hiding in rivers.