Not exactly lighting the charts up
15 August, 2019 by rawmeatcowboy | Comments: 4 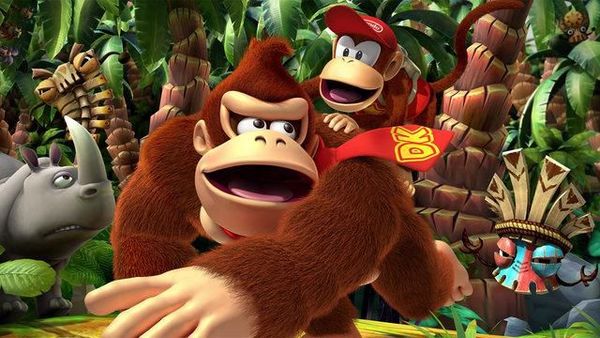 Nintendo's franchises might be multi-million sellers around the world, but that's not the case over in China. Nintendo is looking to build up their official brand in China with the upcoming launch of the Switch, and it's clear the have a lot of work to do.

Or maybe its just that no one wanted an Nvidia Shield so there is no one to buy the game to begin with.

To be more specific, if it's not something they already know about, and it doesn't involve fast-paced machine action (such as Transformers, Fast and the Furious, and BattleBots), they tend not to be too interested.

The core reason behind pirated goods and cheap knockoffs as such a Chinese thing is because its culture is very much focused on the familiar. For something to catch on in China, it has to have a lot of recognizable elements in it (and if it pertains to Chinese history or philosophy, it has to be accurate), and frankly, Donkey Kong Country Returns is a very western game with very western concepts.

You can see it in how Pizza Hut caught on in China whereas Domino's completely flopped. Pizza Hut's people spent at least a year doing research into what the Chinese like to eat, and the guys at the top accepted the results, no matter how weird it may be. As a result, Pizza Hut in China has toppings like tofu, root fungus, mayonnaise, and soy sauce while being thin on the cheese (as cheese is not common in China), and it worked Domino's, on the other hand, did no research at all and jumped into the Chinese market serving the exact same pizzas they serve in the United States, and it caught on only with American tourists and Chinese who have lived in North America for some time. (As easy as it is to rip on the quality of Domino's pizza, the fact remains that pizza bread and cheese are between unappetizing to indigestible to the majority of the Chinese, regardless of its quality.)

Imagine what it would sell if they ported it to the Switch with a larger user-base.