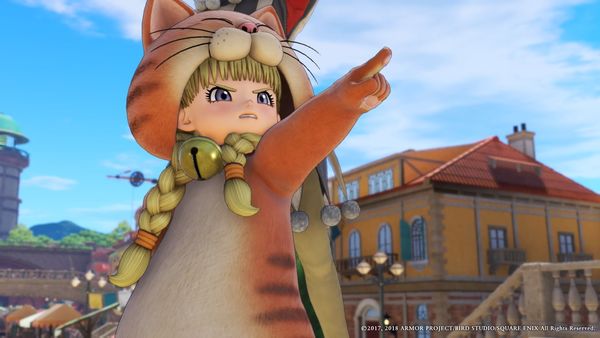 Just yesterday, Square-Enix noted that some people player the Dragon Quest XI S demo are experiencing an issue with crashing, and it has something to do with the area of Delcadar. Square-Enix said they were investigating the issue, and would report back with findings. Square-Enix stayed true to their word and has offered up new details on the situation, but its not exactly encouraging info.

According to Dragon Quest XI S producer Hokuto Okamoto, the team hasn't been able to find the root cause of the problem. They're going to continue looking for the problem, but for now, they've suggested the following possible solutions.

- Delete the demo and reinstall it

- Delete the demo save data

- Turn off the system and turn it back on

How is this “Hardly encouraging”? You seem to always make a mountain out of a mole hill. The demo just dropped two days ago....my word, ladies & gentlemen, I implore you. Cut the infallible humans some slack.(S)

That's some quality product testing right there. Hardly encouraging for the final game.

In programming a game of this scale a massive amount of things could cause issues, and it's often very hard to figure out what's causing it. Every game has bugs that are incredibly difficult to solve, its just that this games bug is easier to trigger than others. It could even be an Unreal or Switch hardware issue.

How is this “Hardly encouraging”? You seem to always make a mountain out of a mole hill. The demo just dropped two days ago....my word, ladies & gentlemen, I implore you. Cut the infallible humans some slack.(S)

This is the person who thinks because a game doesn't sell a million copies in Japan that it's a worldwide failure and proof Nintendo needs to go 3rd party because 3rd parties won't come to them. That Nintendo needs to become EA just to survive in today's world.

My comment above was reported. For what, get real? It's not offensive, it's not trolling, no abusive language, it's fair critics as the story outlines. Nintendo don't have this problem with their games. This isn't an Indie, that you can excuse for lack of resources. This is one of Japan's biggest companies.

I don't think your comment should have gotten reported, but your tone was extremely obnoxious. The bigger a game is, the more likely it is that internal systems aren't going to play right with each other. Look at every major open-world game and the bugs reported on afterwards. No matter how big your QA team is, it's not going to be able to match the load of the entire internet banging away it at it. As the other dude said, give them a break.

For the record, your point would have been more salient if you had argued that this really shouldn't be happening on a game that was already released on two different systems already, instead of framing it as every big budget game needs to be flawless. Even a certain Nintendo game had a game-breaking bug and it wasn't even open-world (Skyward Sword). Chill out. If you're feeling some trepidation, don't pre-order the game and see what the community says. Easy as that.

It's always possible that it could be like the Smash Ultimate crash where it turned out to be due to counterfeit Micro SD cards.

This is what I was about to say.

Who figured out it was the counterfeit SD cards causing the issue, anyway?
Because that’s some master-class sleuthing.

oh, no this is not good to hear.

Even if this gets released, its an overrated game imo.