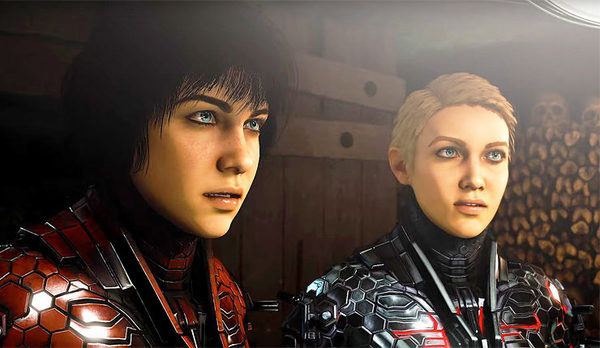 Wolfenstein has always been about taking on Nazis and stopping their attacks. It's something you'll find in the first game, all the way up to Wolfenstein: Younblood. In a PCGamesInsider interview with MachineGames senior game director Andreas Öjerfors, we hear that how the theme of fighting Nazis started to drum up different conversation from the public when Wolfenstein II: The New Colossus was announced.

"It's incredibly weird and disappointing. We never meant for our stories to be relevant, we wanted to tell great, interesting stories to the best of our abilities. But then, when we started to talk about Wolfenstein II: The New Colossus, we started to get comment online about the theme of the game, fighting the Nazis. Somehow some people felt that was problematic, which is just incredibly disappointing. We've seen an increase of right-wing extremism in the Western world. We see that online to a great degree. Right-wing extremists are great at affecting the debate online. And of course, maybe they abused us to whip up some anger when we were making Wolfenstein II."

It is very stupid that it's a real world issue. Nazis belong in the past. This game should honestly be nothing but a work of fiction, and yet here we are, in a world where there are literal Nazis ready to be offended by a game. Funny thing is, if they can dish out the hate, they should be able to take it. It's not freedom of speech to promote genocide. It just isn't.

This game was so disappointing. Those patches need to hit this game like yesterday...

It really does suck. I adore Machinegames work on this franchise and enjoy the stories they've told (well, not Youngblood but thats more to do with how they wrote the girls compared to what I expected in the reveal trailer). I don't think it was the Nazi thing either, but the expanded story of a Nazi Germany-led US having other extremists like the KKK take their side. Bethesda of course ran with the current climate for advertising (though also focusing on the Nazis only because the KKK are barely in anyways), and for good reason. But I know MG didn't do those ads.

Its not the idea of fighting Nazis thats problematic. Its actually fighting them in the damn game. There are literal problems in the game itself when fighting Nazi enemies

It is very stupid that it's a real world issue. Nazis belong in the past. This game should honestly be nothing but a work of fiction, and yet here we are, in a world where there are literal Nazis ready to be offended by a game. Funny thing is, if they can dish out the hate, they should be able to take it. It's not freedom of speech to promote genocide. It just isn't.

It still makes no sense to me that we have Nazis again now. Like we fought a world war over this.

"shooting nazi's problematic" Sounds more like some deflection from their games just being plain bad and selling poorly because of it.

Except they weren't saying "our games sold bad because of politics", they were making an observation on how weird the world has become. They were talking about how this happened during the production of Wolfenstein 2 (long before Youngblood) and how their games have been whipped up in a fervor of politics even though it's an apolitical story. The world is splitting into extremes of left and right and how everything is being categorized as being pro left or pro right. And for some reason the right are identifying with the Nazis in Wolfenstein and seeing it as an attack on them.

The right don't identify with nazis, a small fringe group of stupid racists that are considered to be on the right identify with Nazis, even though racism isn't something inherent to the right ideologically. Really this started with the punch a nazi thing, where anyone you don't agree with is a nazi, so it's perfectly fine to physically harm them, then the marketing team picked it up and people were mad, people of all races and beliefs were being called nazis, and they didn't like that this game possibly unknowingly backed that idea, but entirely on the idea that killing Nazi's is fun, unfortunately the devs have managed to make Killing Nazi's a chore, and then pumping their games with lots of unlikeable characters that make you wish there was a third faction to side with. They don't mention sales but it's the elephant in the room, and when they complain about minor things like this only giving a slanted view on the ordeal, yeah, it's sort of obvious what they are saying. They are mad that their game sold poorly and trying to use this as one of the excuses for it. not the bad writing, bland gunplay or microtransactions in games where they don't make any sense. These games are just trash.

Nazis suck and they all deserve to die. To be a Nazi you've given up your human card and are just a harbinger for hateful acts of terror and murder. Nazism is a disease and only exists as an ideology today to represent what humans should never sink to.