Capcom reconfirms that the next Mega Man game is in development 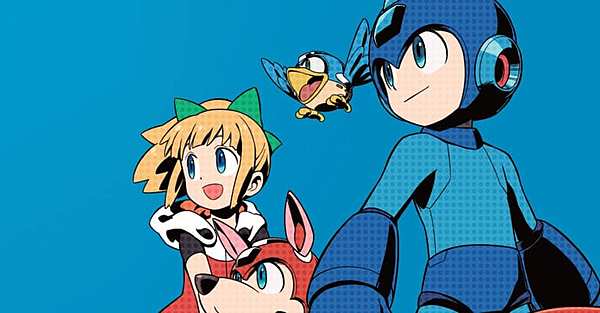 Good news, Mega Man fans. Capcom has once again confirmed that a new Mega Man title is in development. Unfortunately, they stopped short of detailing what the project is. Mega Man series producer Kazuhiro Tsuchyia confirmed the game's development in a 4Gamer interview. Check out the question and answer below.

4Gamer: "What can you tell us about the next game to be developed? The most recent game - Mega Man 11 - was amazing, and we [4Gamer] are expecting the revival of the Star Force series. Personally I would like to see the Command Mission saga to be brought back. (laughs)"

Tsuchiya: "I see (laughs). There are a lot of titles I personally want to work on, but to tell the truth the next game to be developed has already been decided on, I'd just like to keep the specific details hidden for the moment. Please wait until we make an announcement. Still, I think that the there's no such thing as a spin-off in the Mega Man series, every saga is a main series on its own. When speaking of "Mega Man", there will always be people who think of "X", as well as people who think of "EXE", and I think that's why each one's concept of what Mega Man is changes depending on the generation. For that reason, we don't want to deny any series of its future."

It's nice to see him back. I hope we will eventually get the long awaited sequel to Mega Man Soccer

Mega Man 12 better have better robot masters. The ones on 11 were just meh at best.

i hope this major Mega Man game that in devepment is Mega Man 12, X9 or Legends 3.