The Legend of Zelda: Link's Awakening flutist achieves a lifelong dream and proves their mother wrong 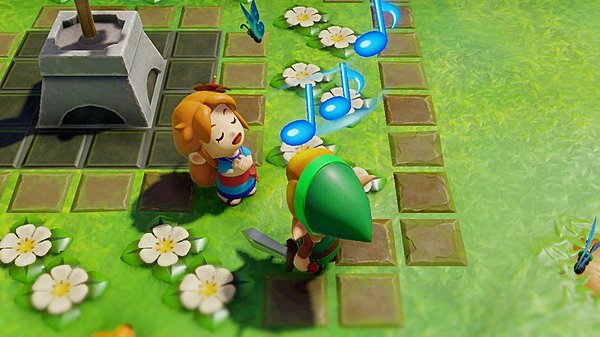 Ichiro Takijun is one of the performers on the Legend of Zelda: Link's Awakening soundtrack for the Switch remake. Ichiro handles the flute portions of multiple songs, and they couldn't be more happy to announce that fact. Ichiro took to Twitter to share a story of how their mother used to scold them for playing games so much. Looks like all the game-playing paid off!

“Mom! I can play Zelda’s treasure chest sound on my flute! ”

I want to let my dejected young self back then that 26 years later, you’ll be playing the flute in the Zelda remake.’

That's a lovely story! Reminds me how lucky I am to have such supportive parents. Don't ever give up on your dreams because of someone else!

You can never get dreams achieved no matter what. The ones that do achieve their dreams are only ever so lucky.

This is your missing ingredient that comes prior to your luck. ;0)

I can totally relate! When I was a kid playing the flute in the all-city band and later marching band I spent way more time figuring out tricks... Maybe if I'd put in the practice I could have pursued a career like this Ichiro (probably not... traded in the flute for a guitar nearly 20 years ago)