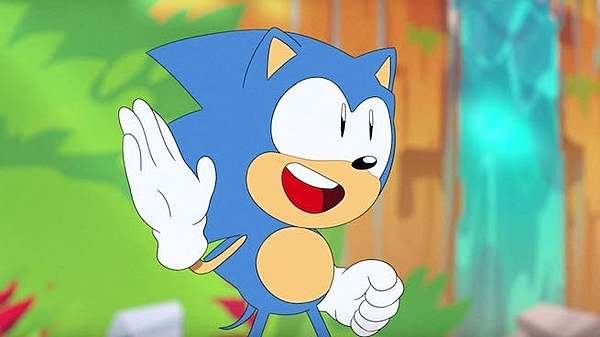 Sonic Mania and Team Sonic Racing saw a number of different animated shorts released to promote the titles, and they were all a huge hit. Can we hope for more content like that in the future? According to a Comicbook.com interview with Yukio Kusumoto, Sega's Director of Animation, that will indeed be the case.

I can say we have a plan of continuing this trend creating short-form content per game release, and we can't announce yet, but several projects have been planned; for those projects, we are in early development, but yes, we will continue releasing this type of content.

Thats amazing to hear. Sonic Mania Adventures and Team Sonic Racing Overdrive were amazing. I wonder if we're gonna get a surprise one with Mario & Sonic at the 2020 Olympics?

It's a shame that after the Pikmin and Kid Icarus shorts, Nintendo hasn't made more shorts to promote their games. I think the last one was the one for Star Fox Zero.

Well it didn't help Pikmin 3 and Star Fox Zero ended up bombing thanks to Wii U bombing. Back when F-Zero was still a live franchise, GP Legend's bombing caused the F-Zero anime's dub to get canned in the US and that was the last time Nintendo had any significant television presence outside commercials.

To be fair, what I saw from the F-Zero anime wasn't very good. Kinda like Sonic X episodes get very very dull.

I suppose some smash trailers were sorta like shorts.

I think last two years, one thing Nintendo has been consistent is adding vocal songs to their main releases. I wonder if Breath of the Wild 2 and Animal Crossing will get a song. Maybe Luigi gets one for the credits or the disco floor.

Atleast we had Smash trailers that were good. Such as Terry Bogard and what not.

I guess Nintendo's marketing is better than SEGA since they all they would have to do is announce it on the Direct or any event, then make trailers on it and do some bit of marketing.

For SEGA, this is like literally their easiest way to market their games and it shows.

The Star Fox Zero animation was excellent, a little cheezey but when has Star Fox not been.

Yes but we are getting an animated Super Mario Bros. movie from Illumination. Hopefully if its good and is a box office success we get an animated DK movie. As DKC is probably Nintendo's most cartoony series and all of its characters have so much personality you could easily make a animated movie based off the series.

If a DKC movie does happen I wonder if they'd give everyone voices like in the old 90s CG cartoon ("banana slamma!"), or would they go the route of just doing pantomime similar to the cutscenes in the recent Retro titles? Yeah characters like Cranky and Funky speak pretty often but even during the Rare era DK himself wasn't given that much dialogue (most I can remember is he had like one speech/thought bubble in Dk64 and that's about it).

You can bet they'll have the characters speak. There's a lot of dialogue in both of the Angry Birds movies, for instance, and no one spoke a word in the Angry Birds games.

Primal's one of the few serious attempts at feature-length animated storytelling with no spoken words whatsoever. I liked it, but I don't know how many people watched it and tuned out because no one said anything. Certainly, I've known people, past and present, who cannot stand it if no one speaks. They find that sort of storytelling boring (and yes, they cannot stand silent film).

Can they add voices next time or some sort of interesting sound cues? I dropped Mania Adventures like a rock due to the lack of any voice or some sort of sound from the characters whatsoever.

I hope so too. The director said in this interview that that's something they want to do, so we'll see.