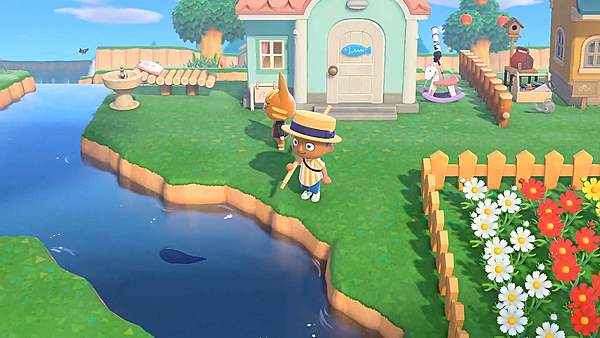 It seems Monolith Soft has had a hand in numerous big-name Nintendo titles in recent years. They're known for their work on the Legend of Zelda series, but they also had some input on Animal Crossing: New Horizons. While we don't know the capacity that Monolith Soft was involved, they do confirm the work on their official website. Hopefully we get a bit more insight into what the team provided in the near future.

Monolith Soft is becoming that secret sauce in a lot of games, which makes me want to try a pure Monolith game. Never tried any of the Xeno games or anything. Anyway, glad Nintendo has them!

Ever played RPGs like Knights of the Old Republic? The Xenoblade games are kind of like that.

Nope! I haven't. As far as RPGs I have played all the Kingdom Hearts series, Dark Souls, the Paper Mario series, a few Pokemon entries, and a couple of Legend of Zelda games if you count that

If there was 1 game I would like to play through blind again, it would be Xenoblade Chronicles 1, its got a very high recomendation unless you have very little time to do stuff you want and just have to work. Also, it's quite tricky at first sinnce there is a lot of stuff to learn, but once you go through that part it gets a lot better (usually people have trouble with fights being slow, but thats because they miss most of how they work, or havent upgraded their art (skills on cooldown)

I'll have to check it out. I have heard lots of praise, just hasn't struck me quite right. Maybe with the remake I can give it some time

They also did work on Animal Crossing New Leaf.

Their name pops up in Splatoon 2's credits as well.
They obviously have a good relationship with that particular team.

While it wasn't confirmed, assume this is Monolithsoft Kyoto and not one of their lead teams, BoTW was clearly a special case

Such a great acquisition on Iwata's part. In addition to making their own excellent games, they seem to be the most helpful studio for assisting with the best of Nintendo's other software as well.

Monolith Soft is becoming one of Nintendo top tier first party studios. And I'm okay with that.

Imagine an FE game developed by Monolith Soft...hole in one!

The intent of Monolithsoft having a Kyoto studio is specifically to help EPD kyoto teams, hence them never working on 3D Mario games, so I find it very unlikely that they will be working with a team from Osaka or Texas. BoTW being worked on by the Tokyo team was a one off because Nintendo was clearly having internal issues developing it and needed the support to get it out on time, so I doubt Monolith will be working with Platinum's new Tokyo studio either.

If they had that little confidence in Retro going forward that they would force that collaboration, I don't think they would have made a big deal about them taking over at all. While I do think some (or even a lot) of Metroid Prime 4's workload will be outsourced, it'll be grunt work for someone like Bandai Namco.

Original development do you mean? That was possibly in development in Kyoto so maybe, I don't think the Tokyo team would have helped given they were very busy on other stuff, but Kyoto for sure could've been involved with that.

The Retro Prime 4? No, Monolithsoft isn't working with a studio in Texas, that's not the point of the opening a support studio in Kyoto to begin with. BoTW was clearly an exception because Nintendo was having development issues, needed to get the game out, so they asked Monolithsoft to have their Tokyo team which had just made a similar scale game provide support.