GoNintendo Thought: A tribute to Pac-Man on his 40th anniversary

I couldn't let Pac-Man's 40th anniversary pass by without a few kind words. The industry owes a lot to what that little guy achieved! Hopefully my words do the iconic character justice. As always, thanks for reading 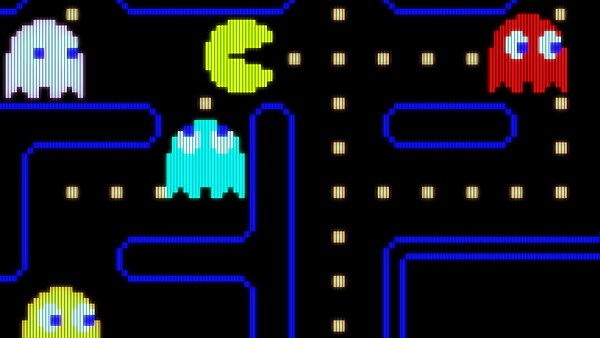 The video games of today are endlessly complicated beasts. Putting them together takes teams of hundreds, if not thousands of people. The mechanics behind them are multi-layered and include tons of moving parts. The visuals are pushing the limits of what today's hardware can do. Storylines are multi-faceted and nuanced, filled to the brim with a variety of characters and personalities. Even the controllers we use for these games are daunting; jam-packed with more buttons than we have fingers.

Seeing how far we've come compared to 40 years ago is pretty crazy. An insane amount of progress has been made in those 40 years, with technology and developers moving at a breakneck speed. Hardly any other entertainment industry has seen such huge advancements in a relatively short amount of time. That evolutionary machine of hardware and software is only going to keep churning, giving us games that are more complex, visually impressive, and impossibly huge.

Is the push forward towards new gaming horizons a good thing? In a lot of ways it is, as its important for the industry to move ahead in order to see what's possible. Be it a new idea or new hardware, the next best thing could end up becoming a major milestone for the industry, showing us a path to the future. These innovations and expansions pave the way for other big ideas, more ingenuity, and things we've never thought possible in the world of gaming. With that said, there's one element from early games we better make sure is never lost.

Here on May 22nd, 2020, the 40th anniversary of Pac-Man, it's important to look back on where the game industry was all those years ago. Technology was extremely limited compared to what we can achieve today. If you wanted a game that looked or sounded "real," you had to envision it in your dreams. The industry just wasn't capable of providing those types of experiences at the time. That said, a game like Pac-Man did something that a lot of today's games fail to remember. For all the pretty visuals and sophisticated content, all the gameplay mechanics and impressive sound, some games forget to put fun above all else. That's something Pac-Man had in spades, and still has to this day. 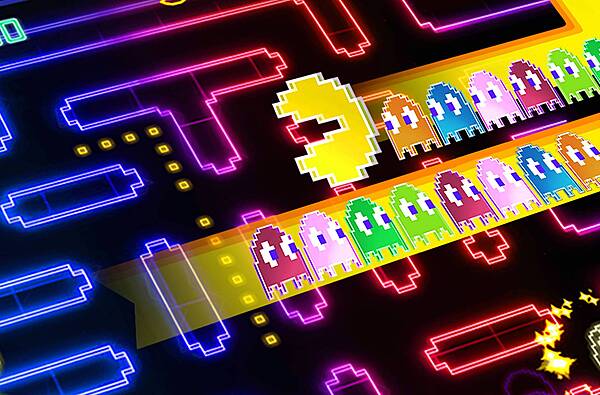 You don't need a super-complicated idea to create something fun. It's certainly true that big, branching gameplay ideas can lead to an amazingly fun experience. We've seen plenty examples of that throughout the years. The thing is, back in the days of Pac-Man, fun had to be the focus of games. Visuals were rudimentary, sound was literally one-note sometimes, and the hardware powering games was limited in what it could do. This gave developers an extremely small amount of room to create something that could entertain players. It takes a lot of talent to work up something enjoyable in such a limited environment, but Namco managed to do just that.

The ideas at play in Pac-Man couldn't be any simpler. You're a character stuck in a maze, and all you have to do is eat up pellets. Steer Pac-Man through the maze, and avoid the evil ghosts that are out to try and get you. If one of the ghosts touches you, it's game over. Outside of your reflexes, the only other option you had to keep Pac-Man alive were Power Pellets, which could be gobbled up to give Pac-Man ghost-busting power. Throw in some fruit scattered around a map for bonus points, and that's pretty much it. You have the entirety of Pac-Man's gameplay described in a single paragraph.

Pac-Man may be extremely simple by every sense of today's standards, but it nailed the one thing that's more important than any other. The game is really fun...the addictive kind of fun. You plop in one quarter and you see how far you can make it. Eventually you lose all your lives and you hit the Game Over screen. You sit there, staring at the darkness, and you feel a thought creep into your head. You consider pumping in one more quarter because you know you could make it a little further. You could do a little better and lock in a high score. You could move a little quicker and see what the next level has to offer. In all its simplicity and ease of play, you've become hooked.

I want to stress that today's games are extremely fun as well. There are hundreds of games each year that work their way into player's daily lives, and they provide a ton of joy. Developers work their butts off to create experiences that bring smiles to faces and get people talking, and many of them do a fantastic job with that. There's an unbelievable amount of fun and engaging content to play in today's industry, and more is sure to come. With all that said, you really have to marvel at what Pac-Man pulled off 40 years ago with such a limited set of tools. What's even more impressive is that we're still talking about Pac-Man to this very day, which is what every developer and publisher hopes to achieve with their games. A very limited few hit that mark, which only elevates Pac-Man's status higher. 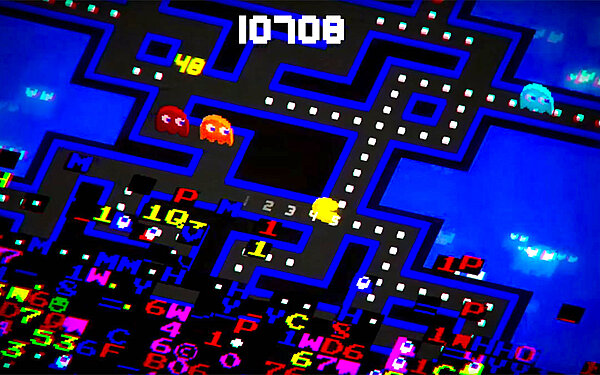 With Pac-Man, Namco created something timeless. It provides a fun experience no matter what the generation is. Some games are very much the product of their generation, be it through the tech powering it, or the gameplay mechanics used. They're found to be fun by millions at one time, but then the titles lose their luster as time marches on. Pac-Man, for forty years now, continues to find woo players and keep them engaged. It goes to show just how perfect the original play mechanics are, and how a laser-focus on fun can create something that survives for ages.

While there have been a huge amount of Pac-Man spin-offs over the years, Bandai Namco continues to return to Pac-Man's classic play-style to attract gamers. That's because the gameplay of original Pac-Man nailed it the first time around. Take a look at something like Pac-Man Championship Edition 2 Plus on Switch. Compared to the original Pac-Man, Pac-Man Championship Edition 2 Plus has greatly enhanced visuals, a huge jump in sound, online connectivity for high scores, and many other tweaks. When it comes to the gameplay though, things are very much the same as the original Pac-Man. There may be bigger mazes or a few new gimmicks on stages, but by and large, Pac-Man Championship Edition 2 Plus offers a very similar experience to what we got 40 years ago. It's refined and reworked to be sure, but the heart of Pac-Man beats loudly in that game.

You also can't beat the ease of play with Pac-Man, which is yet another reason why the game remains as popular today. Anyone can pick up and play Pac-Man. All you need is a method of movement and you're pretty much done. Grab the joystick and move up, down, left, and right. There's really nothing else to it. That ease of play does a wonderful job in eliminating a barrier for non-gamers. Today's controls and control schemes can be downright impossible for someone who doesn't play games, leading to a fear of giving games a chance altogether. Put that same person in front of Pac-Man, and you can have them on their way in a matter of seconds.

These are the reasons why Pac-Man continues to remain popular 40 years later. It's easy to play, both in terms of gameplay mechanics and controls. It offers up a great challenge, especially the longer you play. It creates an addictive gameplay loop, pushing you to give it one more try after a Game Over. It really is one of the few examples of a 'perfect' game, if there ever could be such a thing. 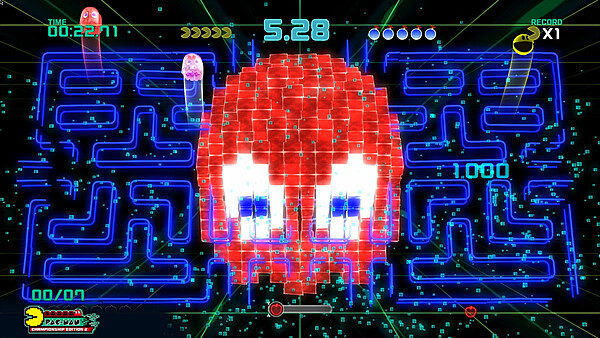 Great game design is absolutely timeless, remaining fun no matter how many years have passed since its debut. Throw in ease of play via controls and you have something really magical. A game that anyone can play and enjoy, no matter the skill level. Creating something like that is absolutely magical, and it really doesn't happen often at all. Pac-Man may be 40 years old, but he's not showing his age one bit. The core Pac-Man experience still provides thrills, laughs, smiles, and flat-out fun. It achieved something that very few games ever will. It has stood the test of time, and nothing is ever going to take it down.

Holy crap! This July I'll be as old as Pac.man

Pac-Man is one of the greatest and most influential games ever made. I even would put it as number 3 in my own "most important video games" list right behind Super Mario Bros. and the "perfect" video game, Tetris. That's some good company to keep. Happy birthday Pac-Man!

I don't see how Pac man is very influential. Sure, he's a legend but the arcade game didn't really make others compete in the market that much as the only ones who really dominated the arcade market was SEGA.

I don't know how you're saying Pac-Man isn't influential when it was a cultural phenomenon and caused arcade sales to skyrocket. I wan't alive at the start of Pac-Man fever, but I have friends and family that experienced it.
Places that weren't arcades starting adding Pac-Man cabinets to draw in customers for the business, and it was one of the top grossing forms of entertainment at the time. Not just games, top grossing entertainment in general. I could list some articles, but you can just check Wikipedia and the sources used under "Reception" and "Legacy" for more info.

What I meant was that Pac man was in a market that was nearly dominated by SEGA in the end. Pac Man may have been popular but there were no other games that came close to the type of game Pac man was in. None of the games after Pac Man tried to improvise on what Pac Man did and in the end we're just inferior clones.

There have been maze games that existed before pac man. However, Pac Man did at least popularise the genre so much as how Mario popularised platform games even though platformers existed before Super Mario Bros.

By the time Pac Man became popular, the arcade market was declining and from that point on, SEGA remained the most dominant. I don't see how he influenced the game industry considering that the only thing it did was make Namco a lot of money.

I think PacMan's greatest influence was not the mechanics of his specific game (Ms. Pac-Man perfected it) but the relationship between a video game and a cartoon character in a video game. Before Pac-Man there wasnt many big mascots for video games that resonated with the larger public. Pac-Man is influencal like the Wii. The Wii had a simple premise that clicked with people not normally into video games and PacMan did the same for arcades by bringing people in to see what else video games could do.